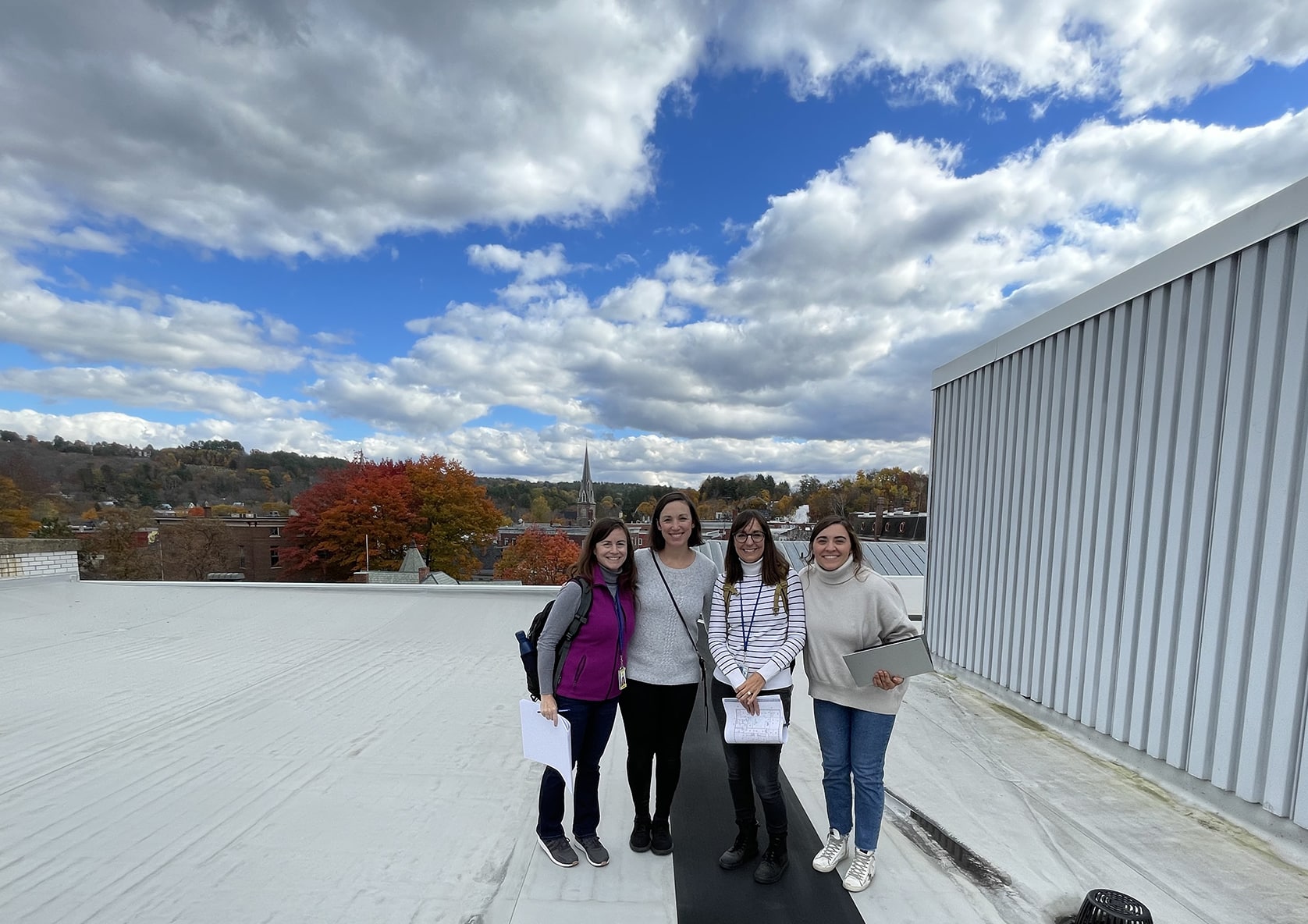 While Trivers team members have led design projects for prominent St. Louis structures such as the Gateway Arch, the Old Courthouse and the Butler Brothers Building, many also enjoy the opportunity to travel to support clients throughout the United States.

Trivers project designer Aaron Church was part of a group that visited Boston in November. They are creating a Building Design Standards document for an iconic structure in the federal government portfolio: the John Joseph Moakley U.S. Courthouse originally designed by Pei Cobb Freed & Partners. The document will serve as a guide for future projects within the building outlining significant architectural features and design intent as well as standard materials and finishes. The team also had plenty of time to explore the city during their trip.

“Once the field work was complete, we were encouraged to take in the sights, which was great because I had never been to the Northeast before,” Church said. “We got to see the site of the Boston Tea Party, walk around a historic neighborhood called Beacon Hill, and have dinner at cool places like Bell in Hand Tavern, one of the oldest bars in the U.S.”

Throughout his career at Trivers, Church has also traveled to Drury University in Springfield, Missouri, to administer construction on the Enterprise Center, the school’s first new education building in decades.

“I was initially attracted to Trivers because of its strong St. Louis presence, but its expertise in historic preservation and adaptive reuse has put the firm on the national stage,” Church said. “It’s a privilege to be able to work on these types of projects across the country.”

Maggie Hayden, AIA, senior project architect at Trivers also visited the Northeast for the first time during an October trip to Montpelier, Vermont. She was part of a team working to develop a Building Preservation Plan for the mid-century modern Montpelier Federal Building, U.S Post Office and Courthouse located in the heart of town. The Building Preservation Plan will guide future work in this building with an emphasis on establishing hierarchical importance to its historic features.

“In addition to our work on the building, it was fun to explore the state capital of Vermont,” Hayden said. “We spent some time at the Vermont Historical Society Museum, and I’m sure we went to every single coffee shop. It was a great team to travel with, which made the work feel more impactful and the visit more fun.”

Hayden also regularly visits Indianapolis to work on the modernization of the Major General Emmett J. Bean Federal Center, one of the country’s largest government facilities.

“I like working on a mix of local and out-of-state projects,” Hayden said. “As an architect, I think it’s important to be able to visit the sites and structures you are working on in addition to seeing different cities and experiencing new neighborhoods.”

Learn more about the wide variety of projects Trivers has completed in St. Louis and beyond by visiting Trivers.com/Projects.