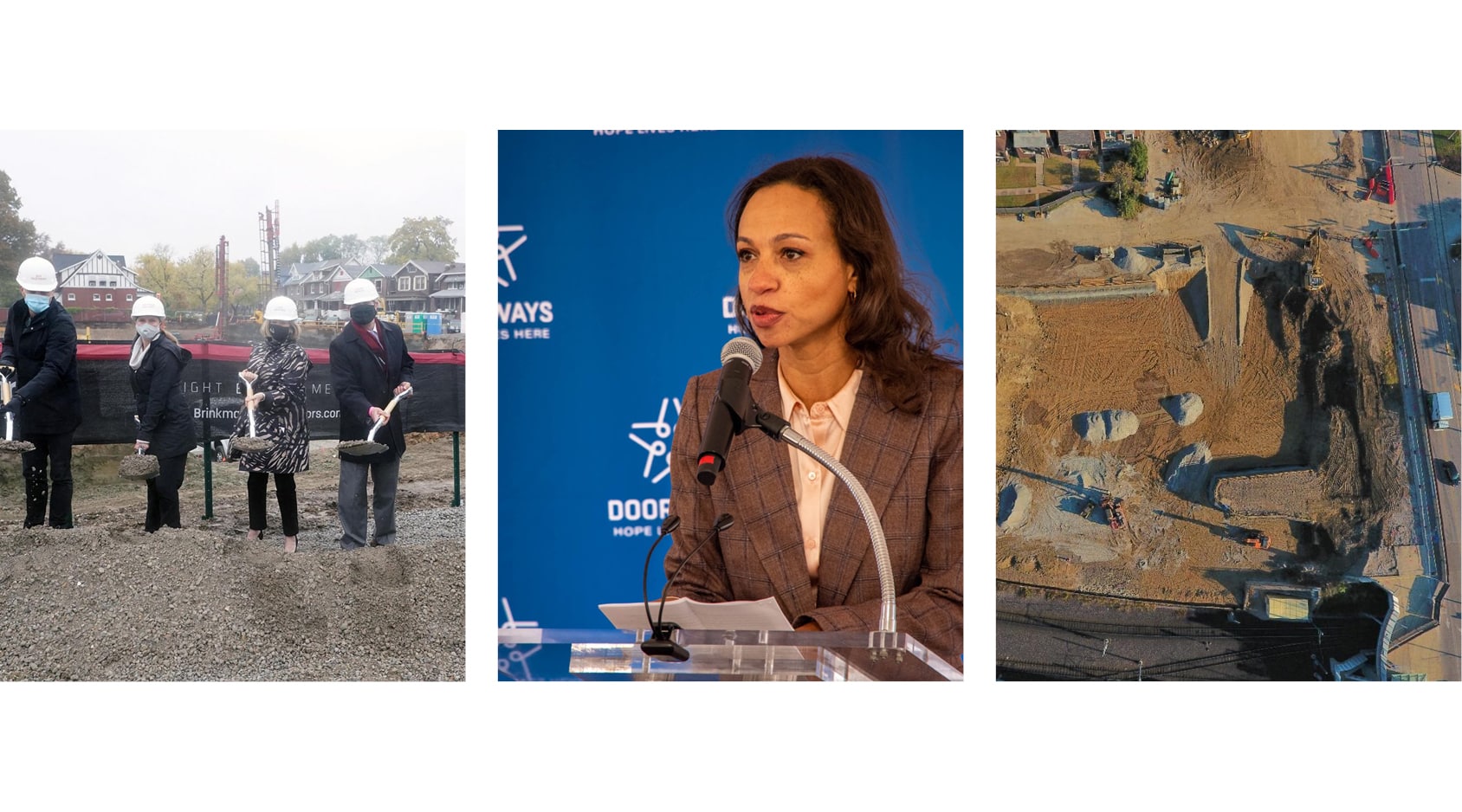 In the final months of 2020, new projects broke ground that will yield important place-making benefits to various areas of St. Louis in coming years.

The Expo at Forest Park broke ground on October 27th in a ceremony including local elected officials, agency leaders, and the project team. The Expo at Forest Park is a transit-oriented development planned for the Skinker-DeBaliviere neighborhood that will incorporate the adjacent Metro-Link stop, as well as activation of street-level transit connection opportunities. The plans, developed in partnership with HOK, include 287 apartments and nearly 30,000 SQFT of retail in two separate buildings.

DOORWAYS broke ground on their Client Service Center just north of Downtown St. Louis on November 18th. DOORWAYS is an inter-faith not-for-profit coalition that works to stabilize the lives of individuals and families living with HIV/AIDS through housing, healthcare, and support services.  The groundbreaking ceremony featured speakers from the organization, the project team, and local leaders. The new campus will include 14,000 SQFT of integrated program and administrative spaces, as well as 50 units of transitional housing for those served by DOORWAYS programs.

Mill Creek Flats began construction on December 1, further establishing and strengthening the Steelcote Square district. Joining its sister residential and mixed-use buildings Steelcote Lofts and Steelcote square, Mill Creek Flats will feature 105 residential units and ground floor retail. As the first new construction project within the district, it has a distinct relationship with the surrounding historic district yet is designed clearly in its time and place. An amenity deck nestled between the adjacent adaptive re-use existing buildings highlights their connection by providing a shared park-like area for collective events within the interstitial space.

In December, construction began on renovations of our home office building, 100 N. Broadway. Improvements will be made to the main lobby, several floors of office space, as well as the exterior of the building to attract new tenants and better integrate exterior amenities with adjacent attractions including the Arch, the Old Courthouse, and Kiener Plaza. The building’s ownership group, Larson Capital Management, announced in December that they will relocate their entire staff from Chesterfield to the 100 N. Broadway building at the conclusion of the project.