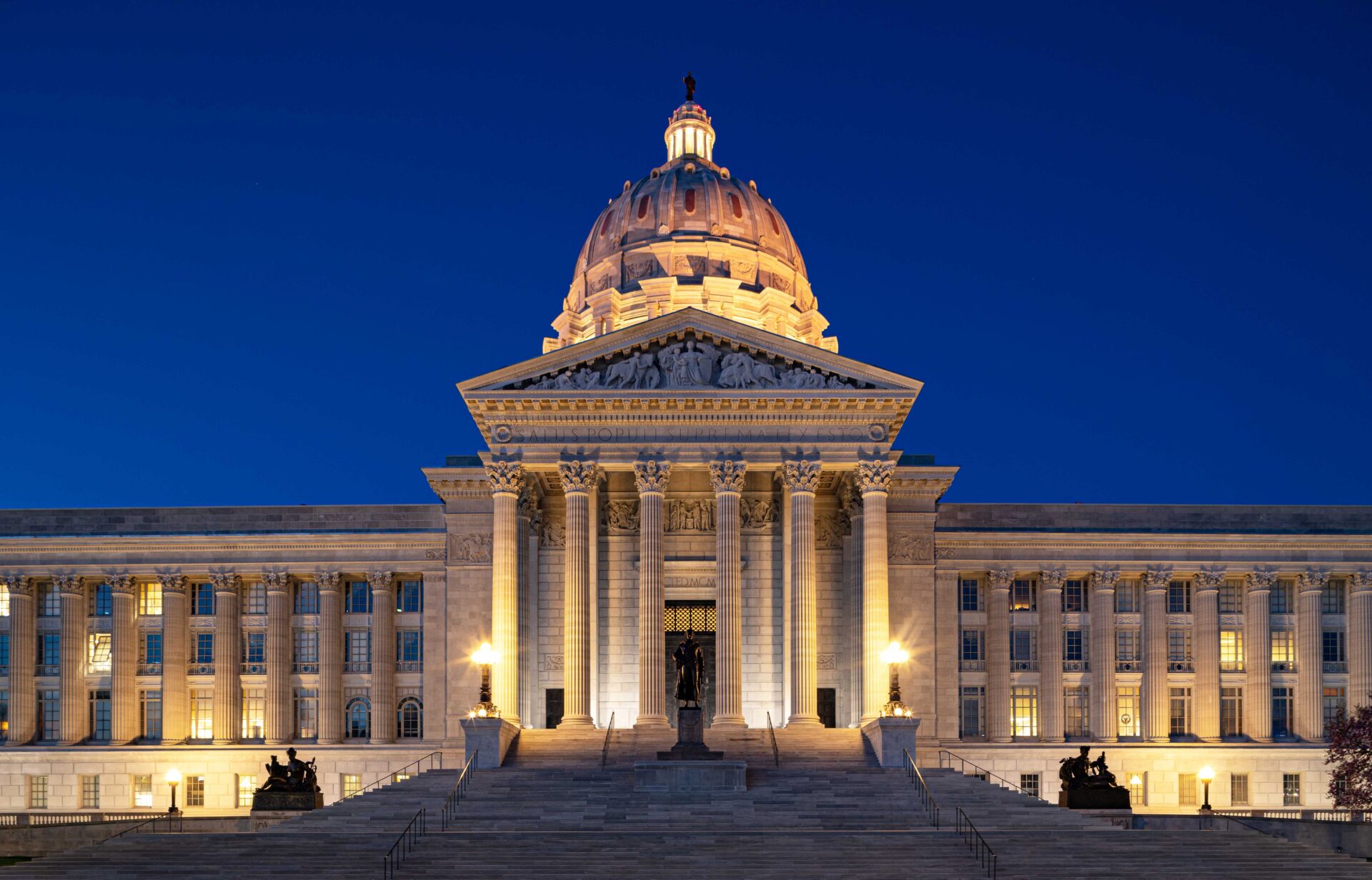 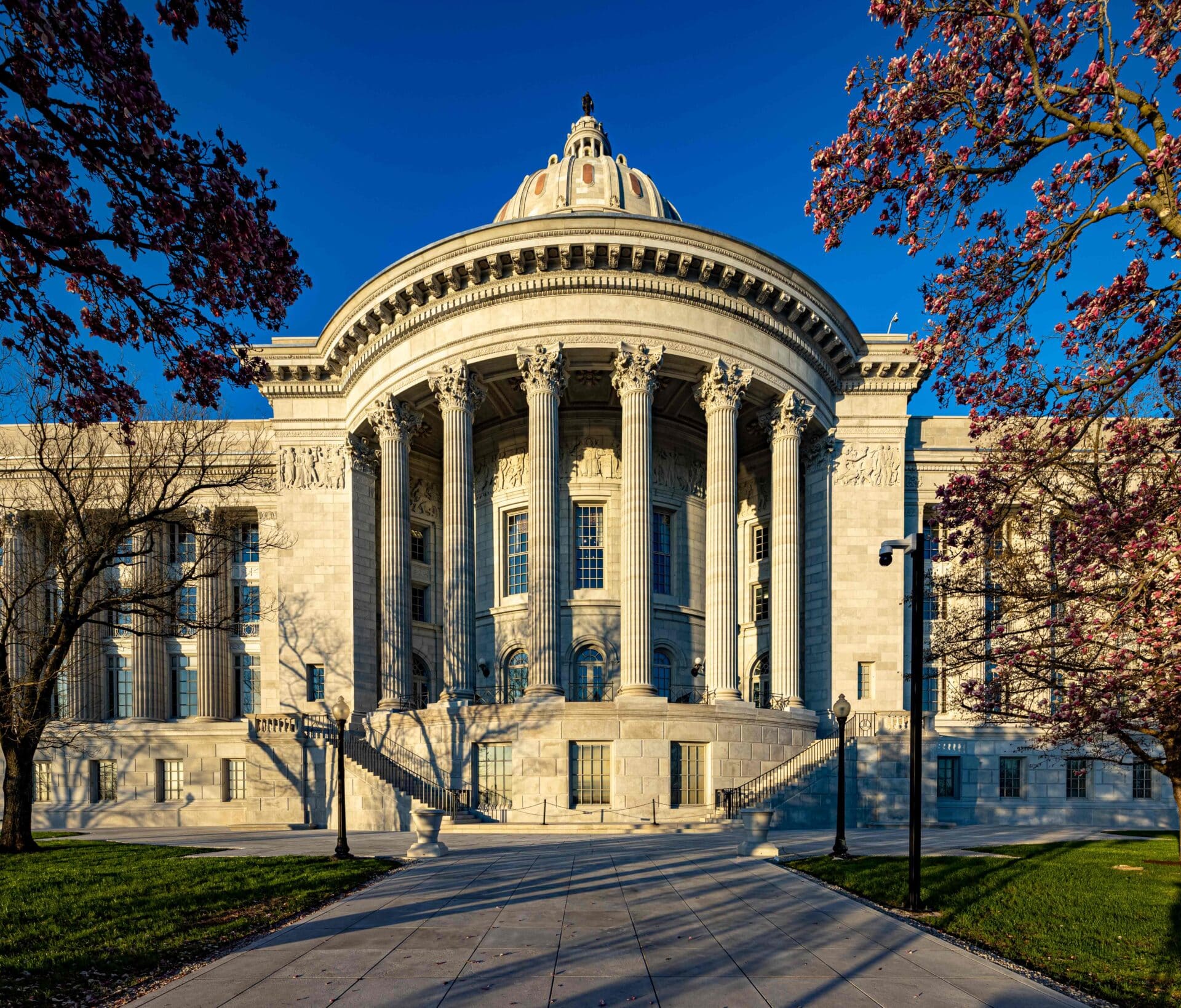 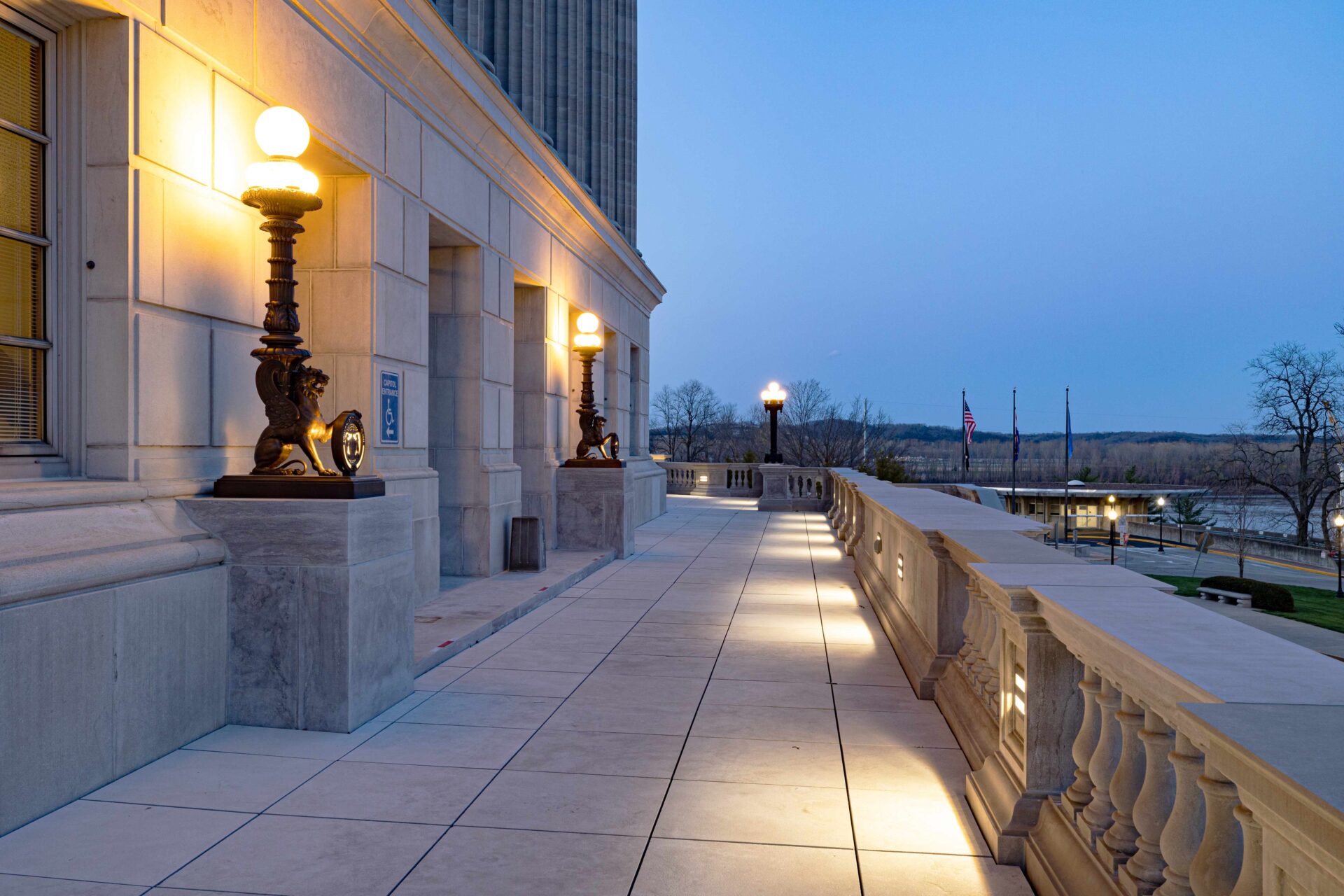 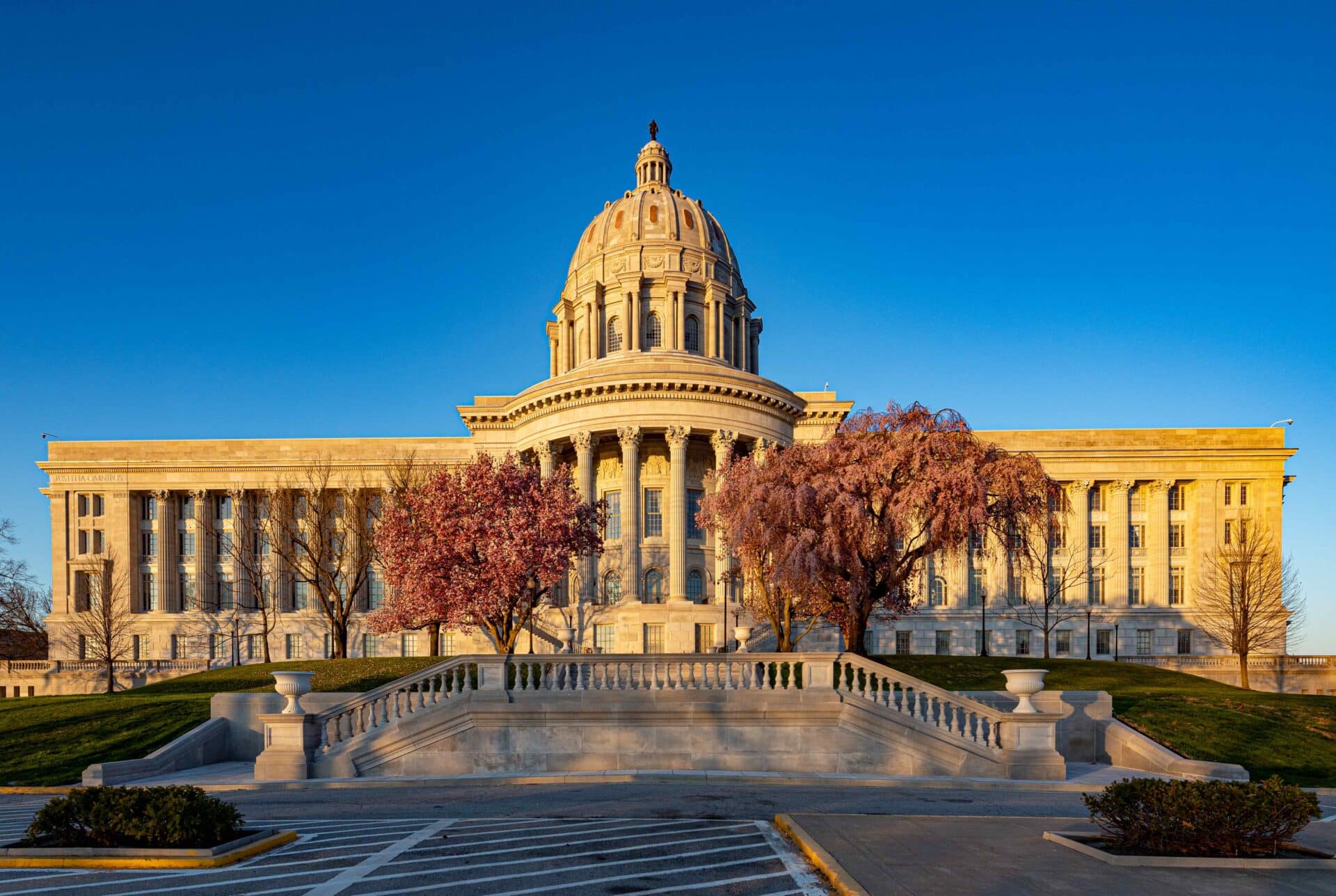 After nearly a century of deterioration, the Missouri Capitol completed its restoration in late December 2020. As lead designer, Trivers worked with its consultants and the Office of Administration to evaluate existing conditions, provide details specific to various repair requirements, qualified stone selections, and successfully navigated a multi-year project schedule.

Approximately six million pounds of “Phenix Marble” was installed onto the building. This included a complete replacement of the lantern above of the Dome. The stone was quarried near Springfield, MO, shipped to a fabricator in Chicago, cut and shaped, and then sent to Jefferson City. An extensive quality control program was instituted with multiple checkpoints in the process to assure the installed product was correct in size, shape, color and physical character.

The statue of Ceres, the Roman goddess of agriculture who symbolically represents the bounty of Missouri, was installed in 1924. It was removed via crane in 2018 and after a brief public viewing was transported to Chicago, IL for restoration. The 11’+ tall figure was found to weigh 1,407 pounds and had over 300 marks from lightning strikes. The statue was cast from an unusually high-quality alloy which revealed itself during laser ablation cleaning. Ceres was re-coated with a protective sealant and reinstalled December 17, 2019. During the project, Ceres acquired her own Twitter account which frequently tweeted her condition at the “spa” and continues to issue observations about Jefferson City life today.

Stonework on the site surrounding the building was equally impressive. Terrace pavers, balustrades and stairs were replaced, including a unique subsurface waterproofing system devised by the project team.  Stone at the North Monument Plaza overlooking the Missouri River was also completely replaced.

With the state celebrating its bicentennial anniversary later this summer, Trivers is honored to have collaborated on a project with such historical significance for the people of Missouri.