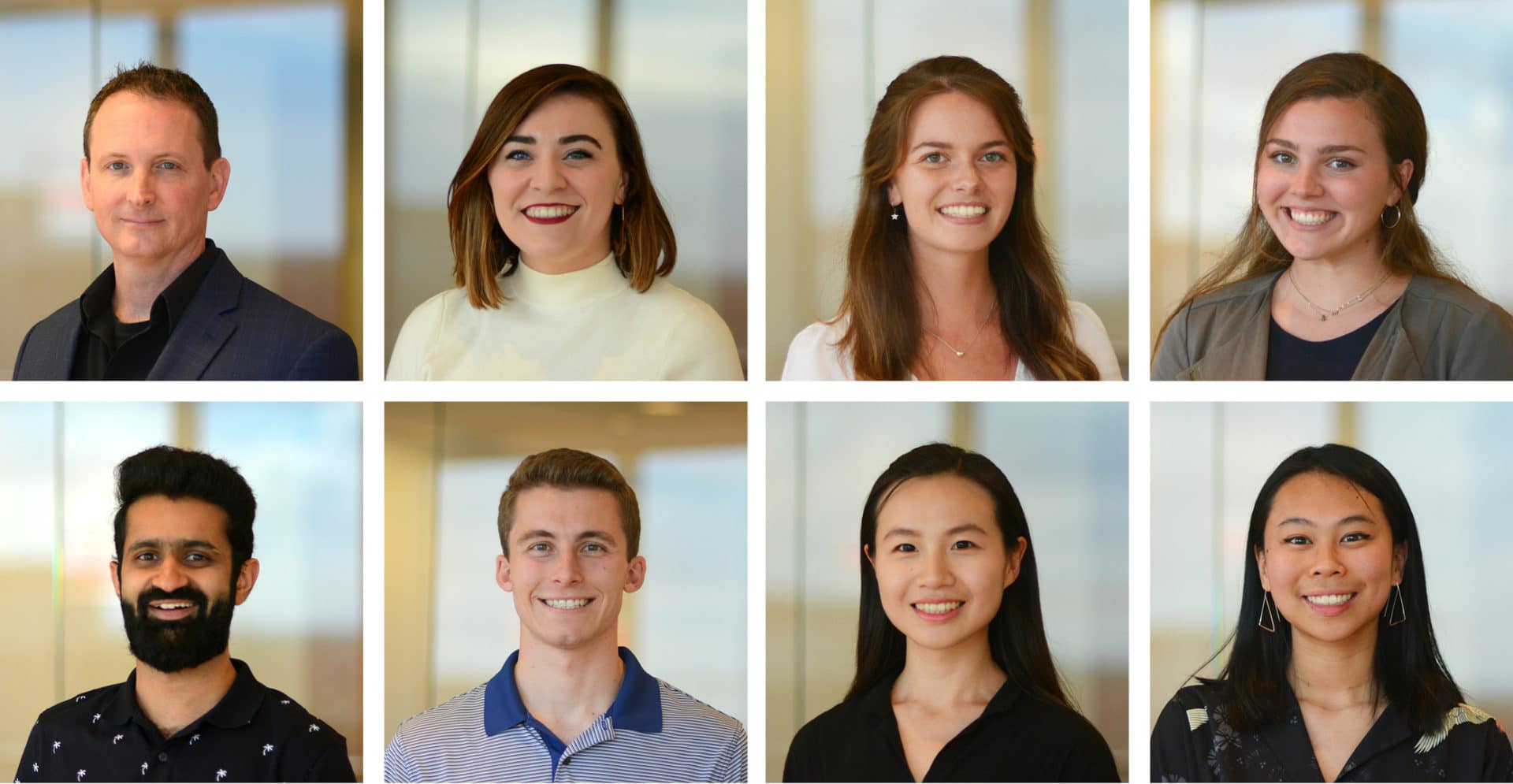 Trivers is excited to welcome the following new full-time employees and summer interns:

Leif Hauser joins us with nearly 20 years of experience in higher education, multi-family housing, corporate and commercial projects.  He is experienced in all aspects of architectural design, including programming, planning, code analysis, accessibility surveys, design, document production, specification editing and construction administration.  Leif was a key team member for the Olin Library Transformation at Washington University, which received an AIA St. Louis Merit Award in 2018.  He previously was a Lecturer for Building Systems at his alma mater, Washington University, and was elected as a “Citizen Architect” by the American Institute of Architects Board of Directors Advocacy Committee.  Leif is a former City Councilperson and served on the Facilities Task Force and Economic Development Commission for the City of Olivette.  He is a registered architect in the State of Missouri and NCARB certified.

Hallie Nolan joined Trivers after receiving her Master of Architecture and Master of Urban Design from Washington University. As a student, she served as Graduate Architecture Council President and Vice President of Student Engagement and held several research and teaching assistant positions.  She was awarded the 2018 Graduate Student Award by the Association of Women Faculty, which recognizes academic excellence and leadership potential among women students.  Hallie is also the 2019 recipient of the Alpha Rho Chi Medal, which is awarded to a graduating student who has demonstrated their ability for leadership and service and what they offer the future of the profession.  As a graduate student, she had opportunities to study abroad in Italy, Spain, Denmark, South Africa and Rwanda.  Hallie is a contributor to an ongoing exhibition and publication titled “Segregation by Design” sponsored by The Divided City: An Urban Humanities Initiative funded by the Mellon Foundation.

Jenna Schnitzler joined Trivers as an Architectural Designer after receiving her Bachelor of Science in Architecture degree from Washington University in May.  As a student, she served as the editor for Armour Magazine, as well as a tour guide within the Sam Fox School of Architecture and Design.  In 2016, Jenna participated in the Missouri Botanical Garden + Mahabo Partnership, where she led a team of undergraduate students through research, design, and construction of a cyclone-resistant home for the midwife of a rural village in southern Madagascar.  Throughout her college career, Jenna received numerous scholarships and won both the Fitzgibbon and Laskey Charrette Design Competitions.

Madeline Johnson joins us as our first intern in our newly established Interior Design department. She is the recipient of a Daylene G. Lichtenwalter Scholarship at Maryville University, where she is currently pursuing her Bachelor of Fine Arts degree in Interior Design. Madeline enjoys the creative and artistic freedom of design and is drawn to the practice by the opportunity to make a positive impact on the life of others through their physical and emotional connection to their surroundings. She is a member of the ASID and the IIDA Maryville Student Chapter.

Nandan Kelotra is back with Trivers for a second straight summer internship.  His passion for design began at an early age in his native Central India while growing up on farms. While visiting old forts and palaces not far away, he was enthralled by the elaborately precise design and construction of the forts with their stately arches. He is currently pursuing Master of Architecture and Master of Construction Management degrees at Washington University, with plans to graduate in 2020.  This fall, he will be working on his final degree project with a particular focus to harness parking for better adaptability, and fostering co-working space for multiple professions bolstering a stronger connection within the Cortex community and out towards the city at large.  His work on Brick House with CollectiveProject was recently featured on ArchDaily.

A native to the St. Louis area, Bradley Kreuger is currently pursuing a Master of Architecture degree from the University of Kansas, where he is a member of AIAS.  Last spring, he was part of the winning studio in Architecture Masterprize’s interior design competition for a professor-lead design-build project renovating two studio spaces in KU’s School of Architecture. While he is drawn to architecture for the opportunity to change the way we live in quiet, meaningful way, Bradley is intrigued by forms of design outside of architecture as well. Operating out of his own bedroom, he designs, creates, and manages his own clothing line.

Driven by the desire to bring mathematical concepts and critical thinking into design, Xinyao Li previously completed dual Bachelor of Arts degrees in Mathematics and Studio Arts. Originally from Tianjin, China, she has studied in Moscow and Atlanta, Georgia. While working as an intern at both Beijing Institute of Architectural Design Group and Ateliers Jean Nouvel, she assisted with feasibility studies on the National Art Museum of China, which will become the largest art museum in the world. She has joined us this summer as an intern while in her third year of pursuing a Master of Architecture degree from Washington University.

Corinna Siu joins us as a fellow from Washington University where she is pursuing her Bachelor of Science in Architecture degree with a minor in Design. She is interested in the way architecture presents opportunities to explore history, culture, and human nature through special design. Corinna is part of the Washington University Cultural Dance Team and is currently serving as the Vice President of the Alpha Rho Chi fraternity. She will be headed for graduate school when she graduates in 2020.