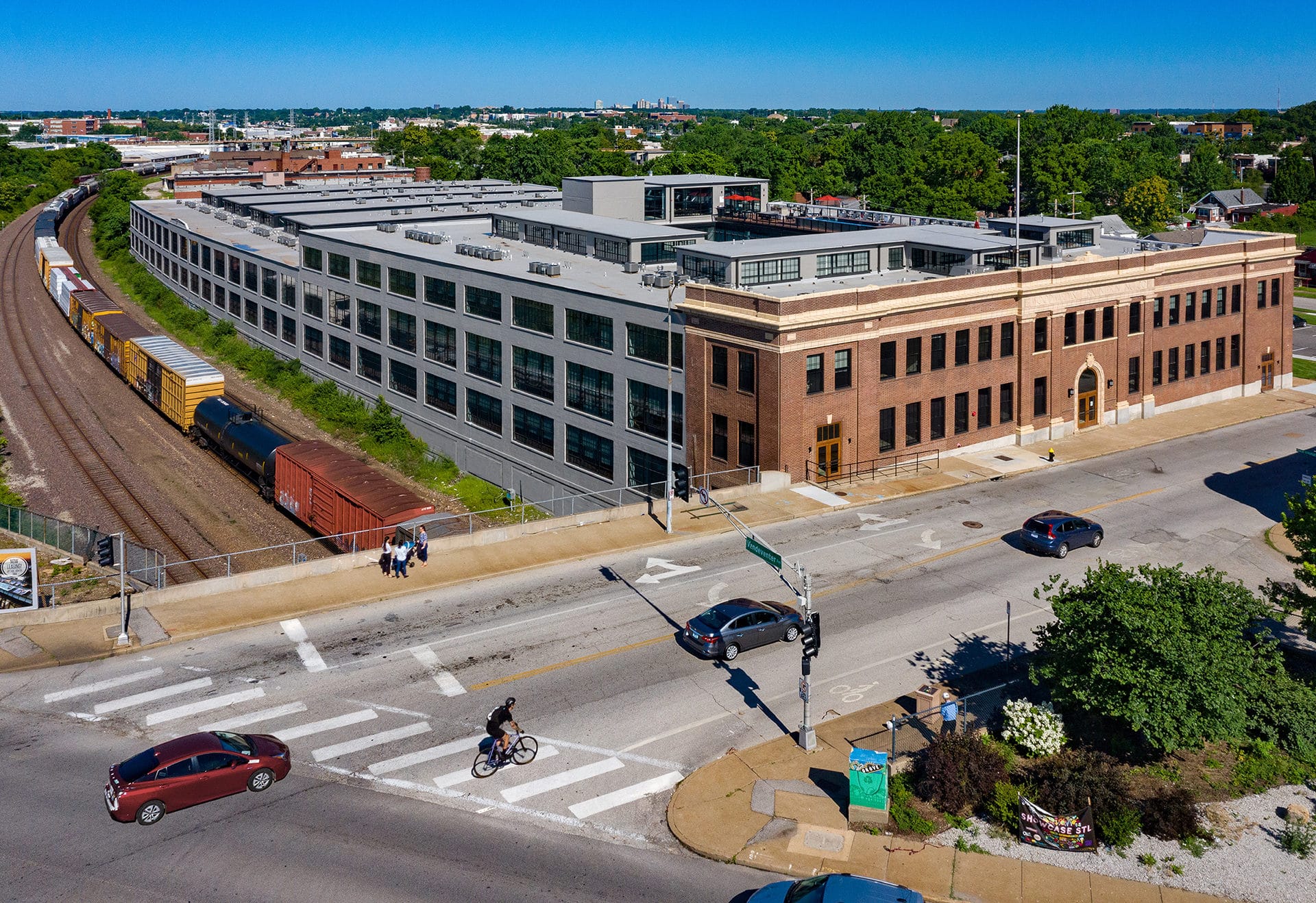 Trivers is proud to announce that the adaptive reuse project of Woodward Lofts has been recognized with a Preserve Missouri Honor Award from Missouri Preservation. This award recognizes outstanding achievements in historic preservation throughout the state.

In the 1920s, The Woodward & Tiernan Printing Company was the largest of over 300 printing firms in St. Louis. The prominence of Woodward & Tiernan is evident in the 235,000+ sqft factory at the intersection of Tower Grove and Vandeventer Avenues. Designed by Klipstein & Rathmann and constructed in 1925, the factory stands as a monument to the evolution of industrial factory design. It was listed on the National Register of Historic Places in 2014. Woodward Lofts, designed for Pier Property Group and now home to 164 loft-style apartments, opened in 2019.

The Preserve Missouri Awards are typically announced at a ceremony in April but this has been postponed due to the COVID-19 pandemic. We look forward to that celebration at a later date.