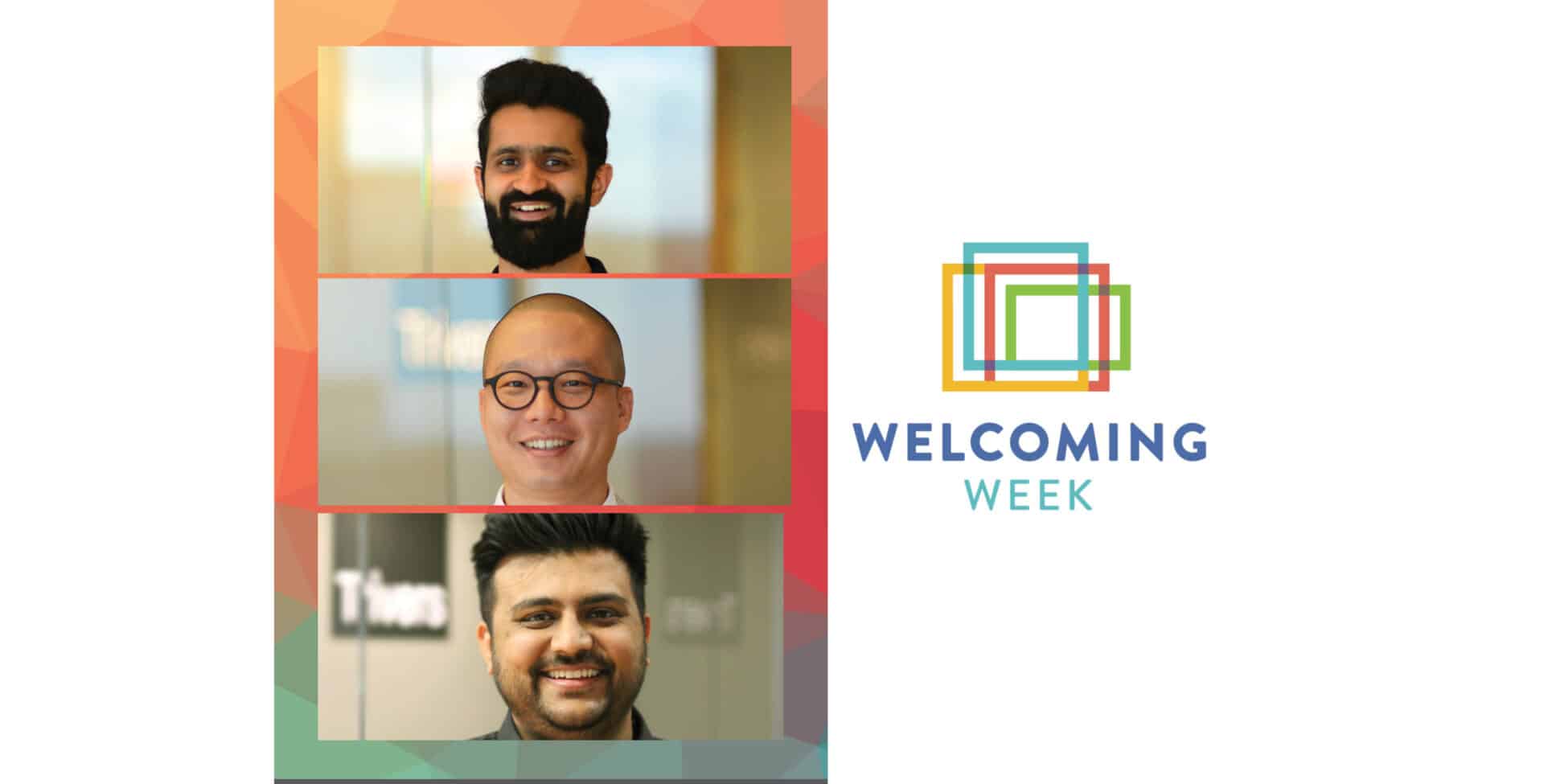 Welcoming Week: A Chat with Trivers Employees About Diverse Workplaces

Happening Sept. 9-18, Welcoming Week showcases how communities can strive to be more welcoming places for all, including immigrants. Here in St. Louis, Welcoming Week is led by the St. Louis Mosaic Project, which was launched in 2012 in response to a report that found St. Louis was lagging in immigrant growth. Mosaic’s goal is to transform St. Louis into the fastest growing metropolitan area for immigration by 2025 and to add 25,000 foreign born to the region between 2016-2025, to promote regional prosperity through immigration and innovation.

Trivers is proud to serve as an ambassador company for Mosaic and has set out to recruit, retain and promote more international talent and achieve a diverse team that reflects many cultures, perspectives and backgrounds. Of Trivers’ 39 team members, four are foreign born.

Nandan Kelotra, Huzefa Jawadwala, and Dooho Won are architectural designers who earned their Master of Architecture degrees from Washington University in St. Louis and came to Trivers post-graduation. They are grateful for how Trivers has made them feel welcome from the start. Not only are they fully immersed in current projects such as the Butler Brothers Building renovation or DOORWAYS, but they are also involved through various employee engagement initiatives such as the Equity Diversity & Inclusion committee, Sustainability committee and the community committee, which organizes Trivers’ events and provides opportunity to build connection among team members.

“This is a company that mentors you and helps nurture you as a professional,” says Huzefa, who is from Mumbai, India. “Trivers is creating a multicultural environment no matter what your background is or where you come from.”

Nandan says Trivers’ commitment to EDI makes it stand out among other firms in building diverse teams.

“Compared to other countries, the work culture in America is very different,” he explains. “Having full conversations about race, diversity and workplace environments is so important. It’s all about starting the discussion and having a company who helps create a great work culture. I feel so welcome here at Trivers.”

For Dooho, the value Trivers brings to his professional development is something that can’t be replicated. “I want to achieve as much architectural experience as I can, and Trivers is the perfect environment for that,” he says. “It’s truly a 0-to-100 experience, beginning with design, construction and through to the finished project.”

Being able to make a profound impact in St. Louis was also a huge draw for the three.

Nandan, a native of Indore, India, says people looking to work in architecture shouldn’t overlook the Gateway City. “Many people are attracted to the bigger fancier skylines of larger cities,” he says. “But St. Louis has a lot to offer, and at Trivers, you’re on projects that you see from start to finish.”

Huzefa agrees: “Here in St. Louis, you can see our impact in the community – there are so many opportunities to shape the city! It is the #1 city for graduates, has a low cost of living and is a place where you can get established in your profession.”

Trivers Principal Amy Gilbertson says the firm will continue intentional recruitment of international team members to further diversify their team and better serve their wide variety of clients. “Mosaic’s events such as Welcoming Week really shine a light on why diversity is so integral to the growth of our community,” she says. “We are looking forward to continuing to foster a workplace that allows our international talent to thrive professionally and make a difference in St. Louis.”