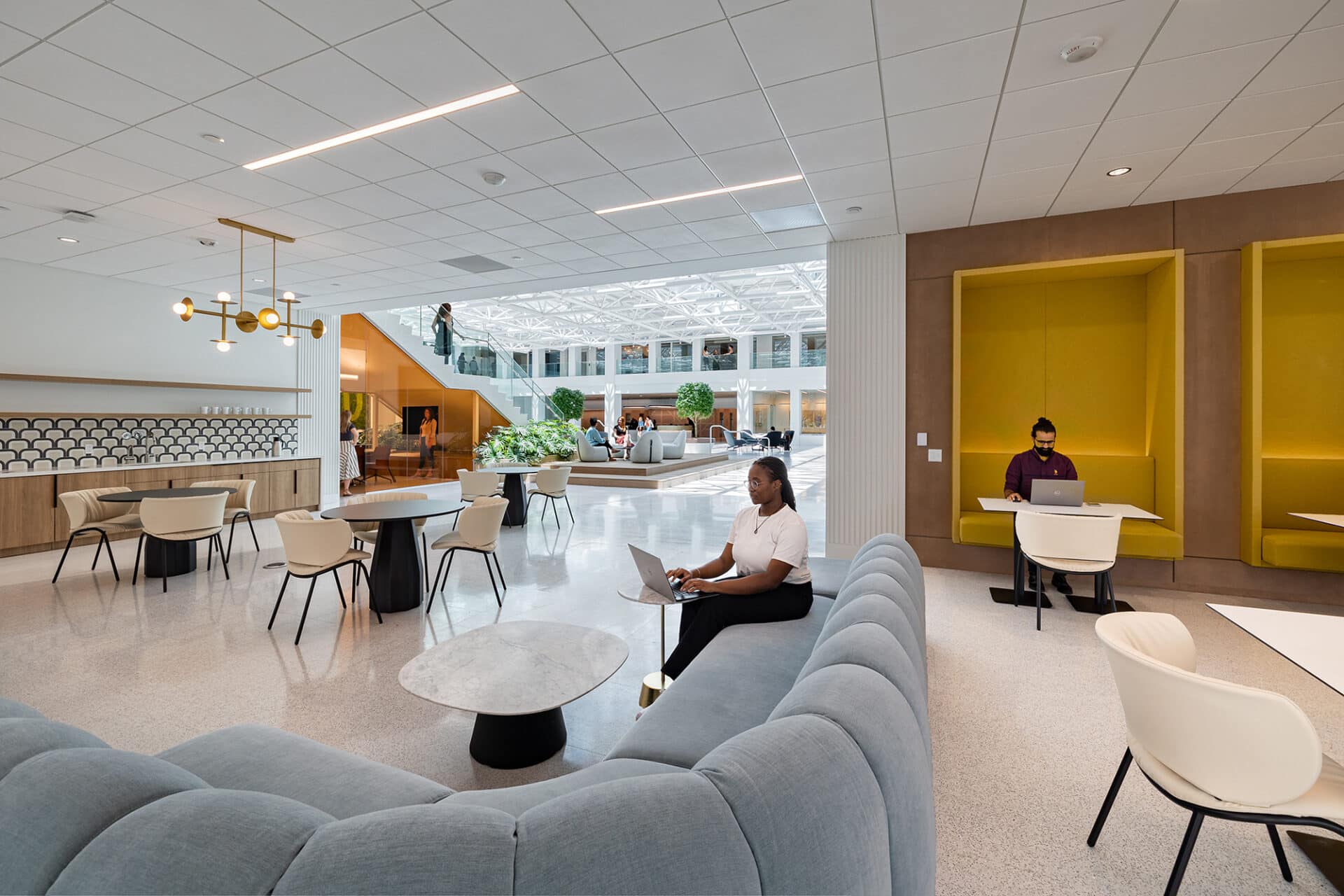 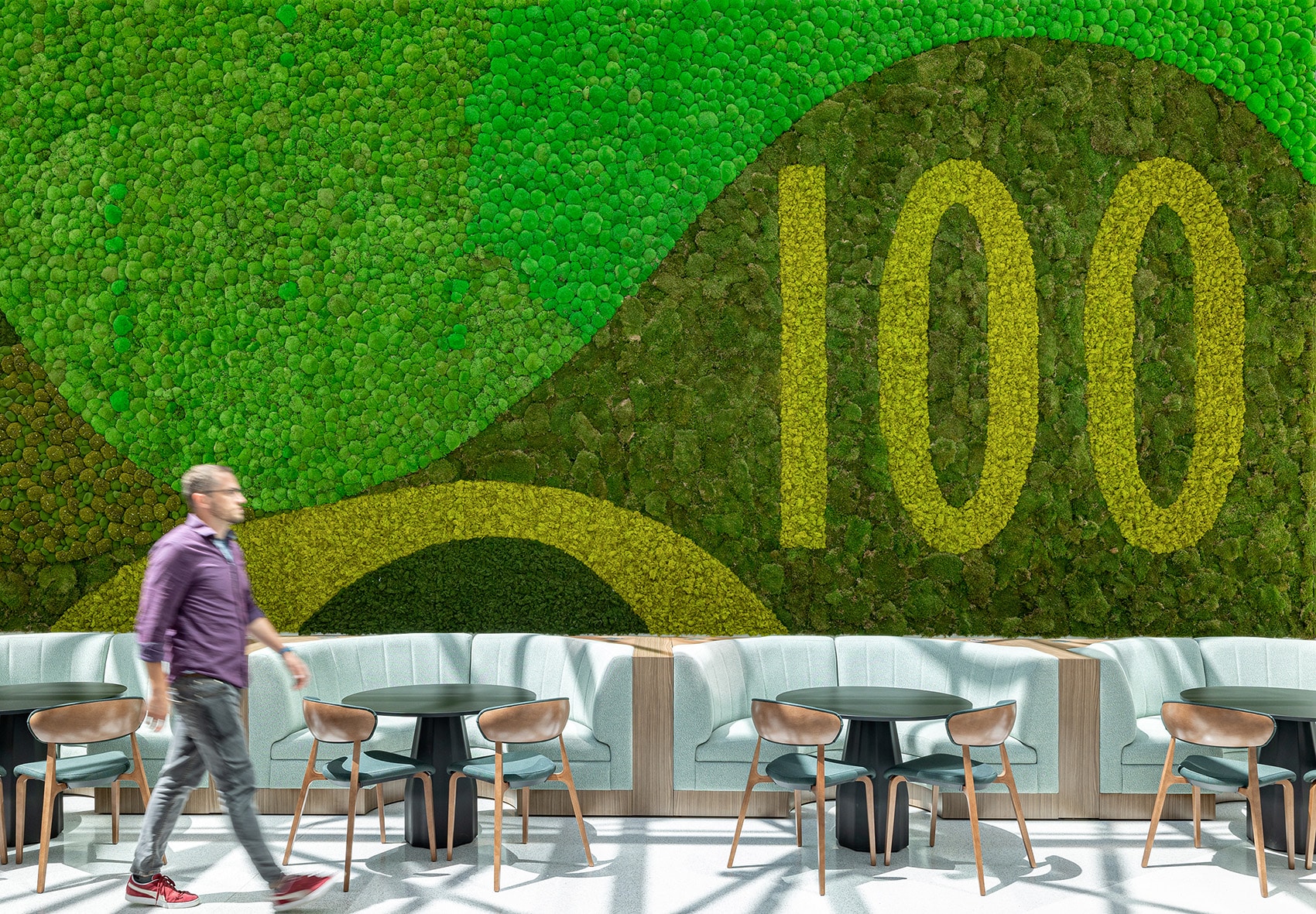 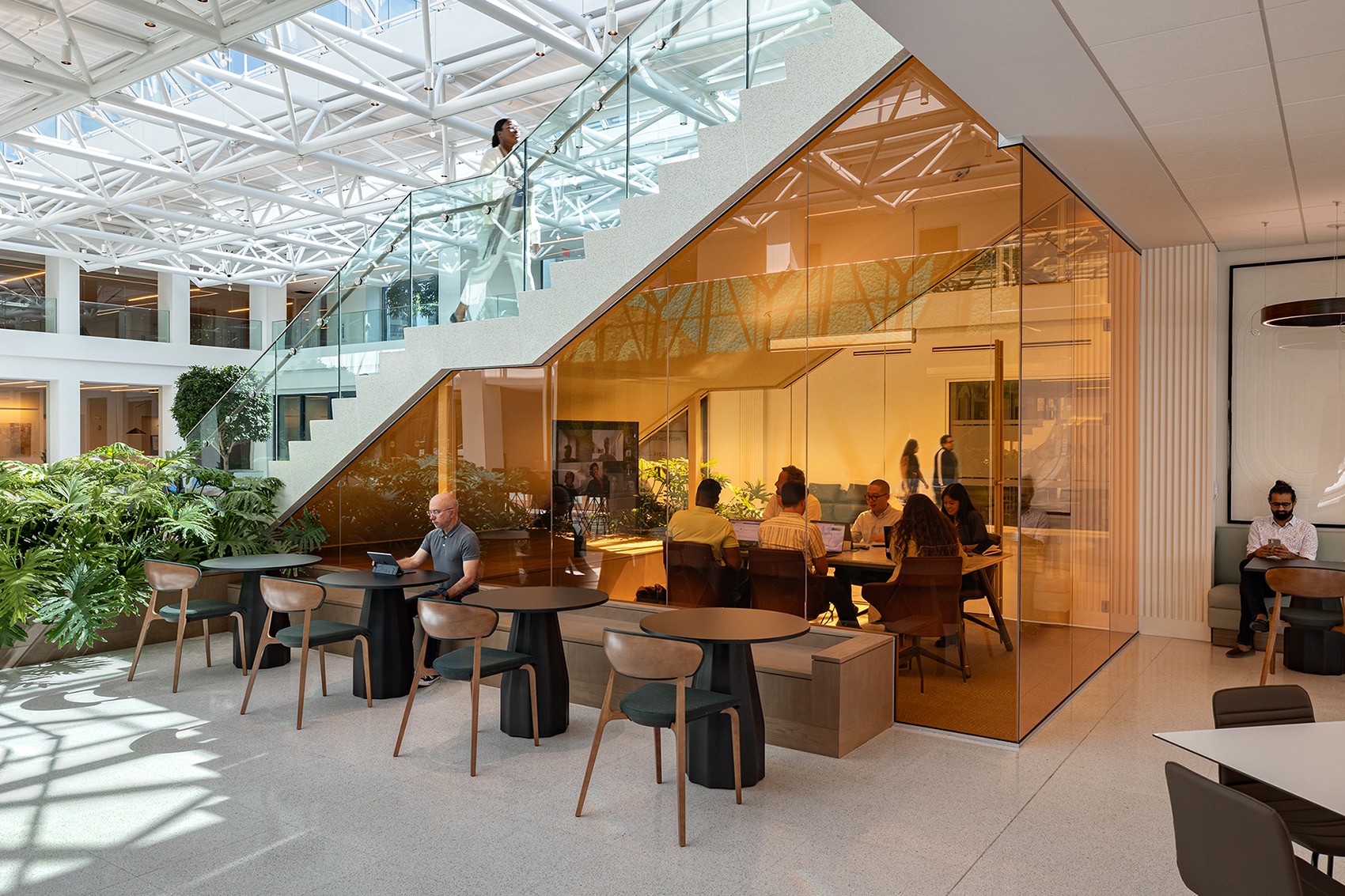 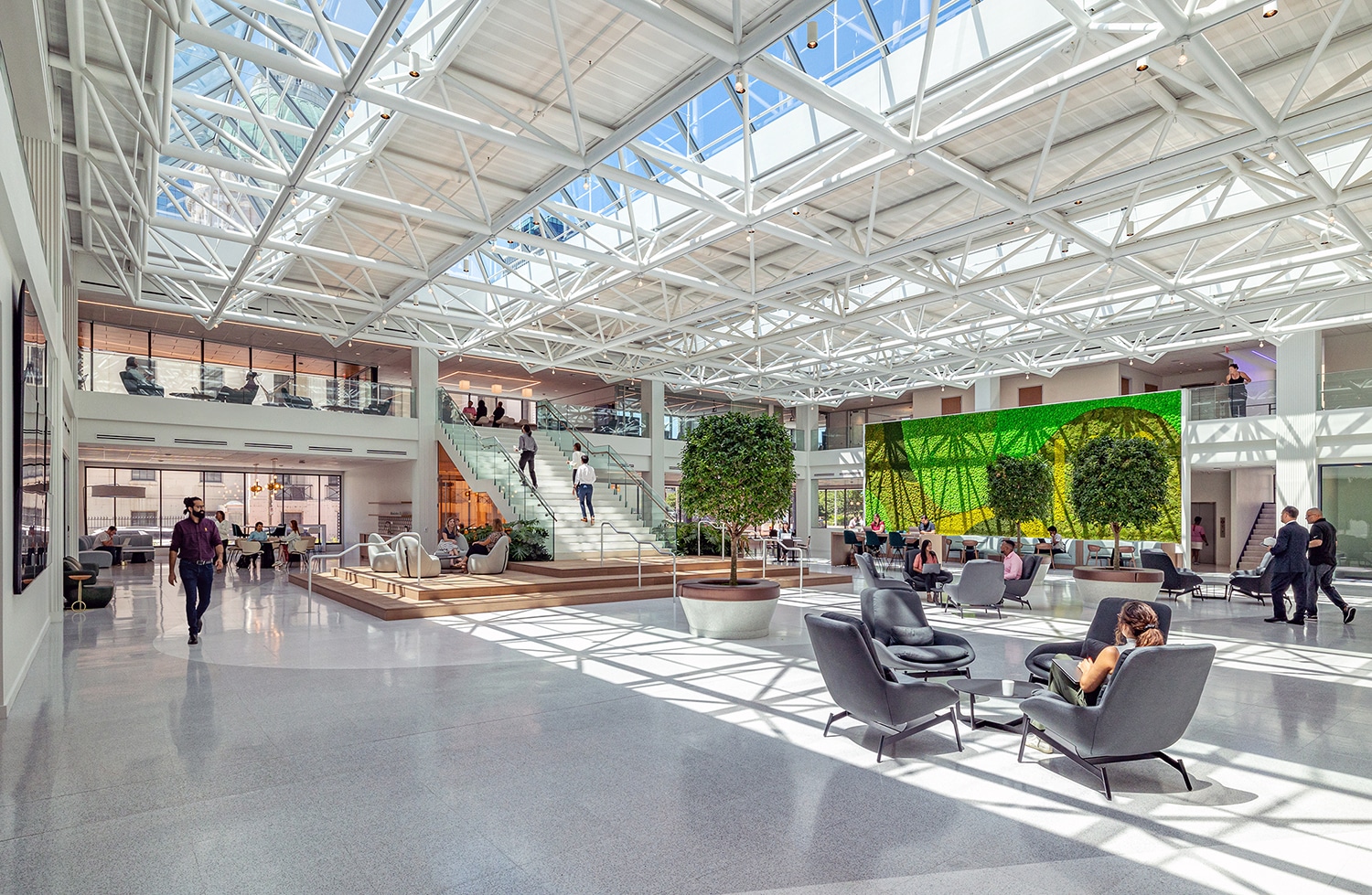 Trivers has reimagined the massive lobby of the Broadway Tower located at 100 North Broadway in downtown St. Louis. What was once a dark bank lobby with waiting areas and a wall of teller windows is now a light-filled gathering space for the modern workforce.

Larson Capital Management engaged Trivers to make interior and exterior improvements to both the atrium and surrounding plaza with the goal of repositioning it as a premier office building destination. The two-story, open-floor atrium now welcomes natural light and includes a best-in-class conference room, co-working lounges with hospitality support, covered outdoor workspaces, a stone staircase, a massive green plant wall, building management offices and space for a café. The second-floor design includes a walkway around the atrium that serves as an indoor walking space for tenants. Trivers transformed the exterior of the building by reimagining the atrium facade and line of enclosure, updating entrances, entry canopies and landscaping, and installing public art and placemaking components.

“A former bank lobby, this space was underutilized for nearly a decade,” Brinkmann said. “With an atrium designed to support the modern workforce, the Broadway Tower is already beginning to attract new tenants looking for quality space for their team members.”

The Trivers office has been located in the Broadway Tower for nearly 30 years. To commemorate the much-anticipated reopening of their atrium, Trivers hosted a celebration earlier this month where attendees could tour the space and enjoy food and refreshments.