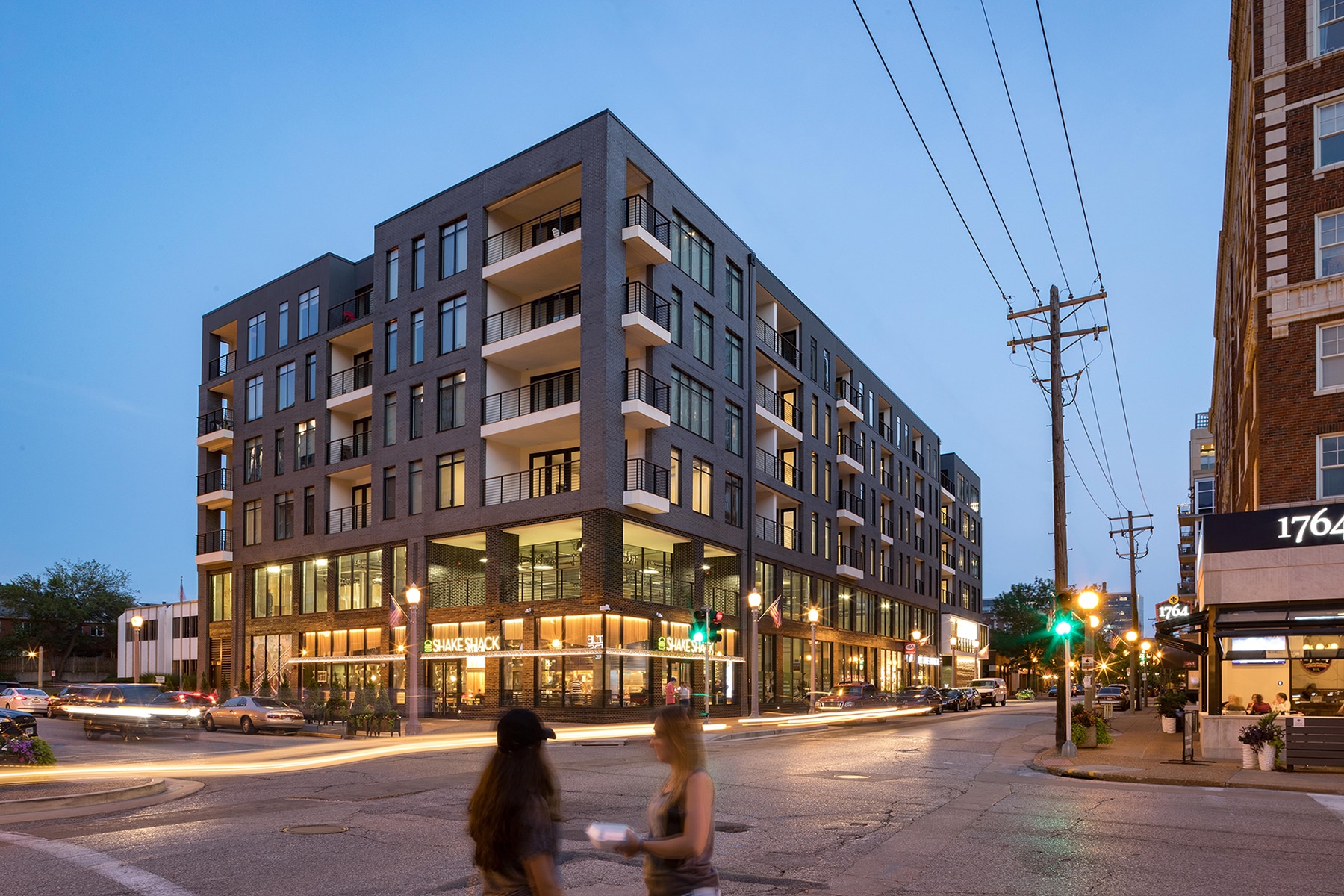 The Euclid Opens in the Central West End

Located in one of the most thriving and energetic neighborhoods in the entire St. Louis region, this urban infill embodies both the energy and history of the Central West End. Combining office, retail, parking and residential use into a single footprint mixed-use project.

Developed by the Koman Group and completed in late spring, the Euclid has only a handful of apartments still available. Retail tenants in the building include ‘ZZA Pizza, Kaldi’s Coffee, and of course Danny Meyer’s aforementioned Shake Shack.

Designed to reflect the simple, historic masonry massing of the surrounding early 20th century architecture, the building uses regular window articulation, height relationships, and traditional massing to relate to its surrounding context while establishing a heavier mass that appears to hover over a permeable and highly visible ground level. Deliberate but discrete voids are a reinterpretation of traditional vertical plane breaks and are an extension of indoor spaces to engage with the energy of the street and neighborhood below. Design opportunities were established by the traditional massing, but the transparent nature of the corner especially lean toward contemporary design, structure, and materiality. Utilizing a black brick and reinforced concrete panel rainscreen façade, this palette and execution is a contemporary take on a roman brick commonly found around the site, allowing the building to take on a modern feel yet respectful of its historic neighbors.

The common thread of simplicity taken from the exterior massing all the way through the design of the interior unit layouts and finishes is meant to evoke the simple, straightforward lifestyle that is demanded by the target users for this neighborhood. 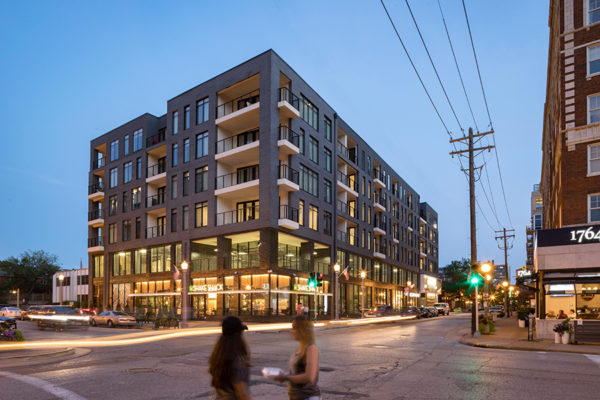 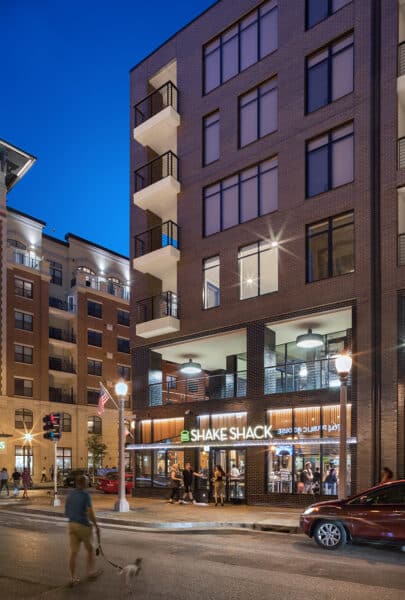 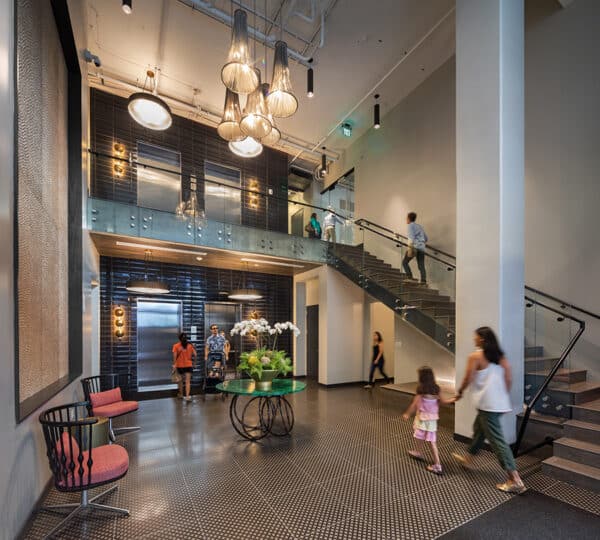 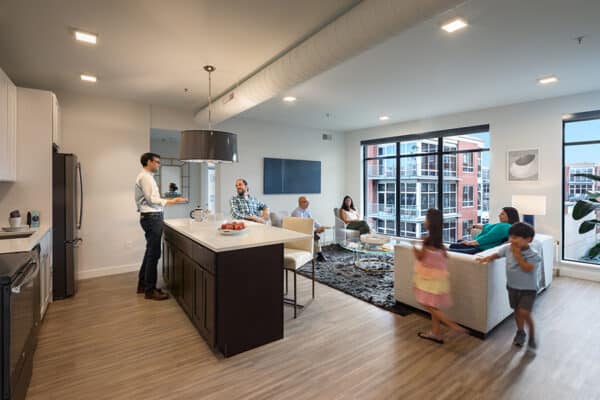 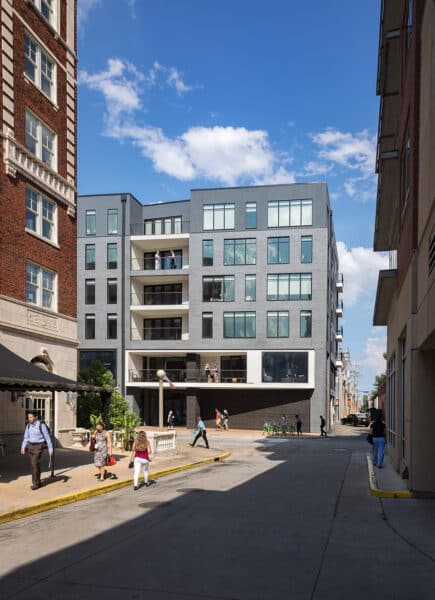 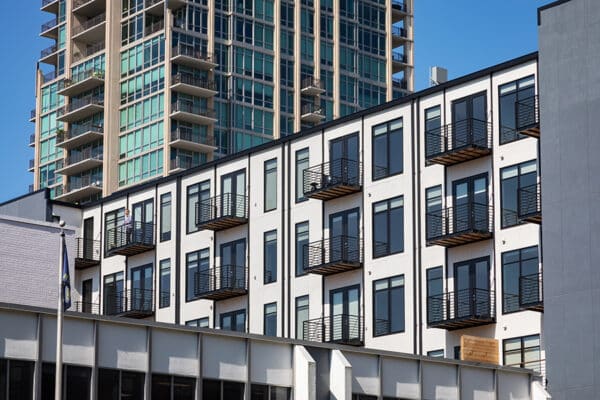