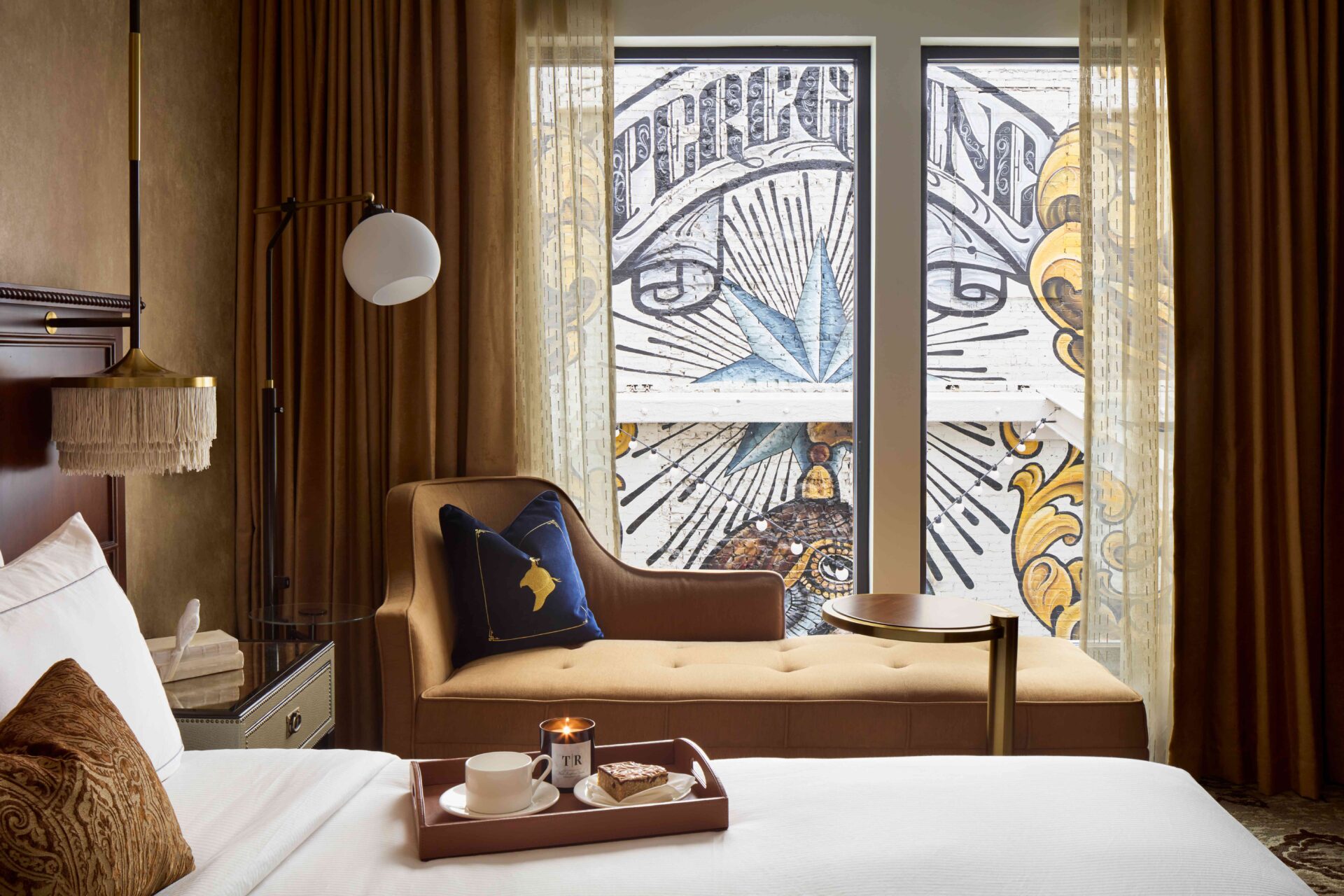 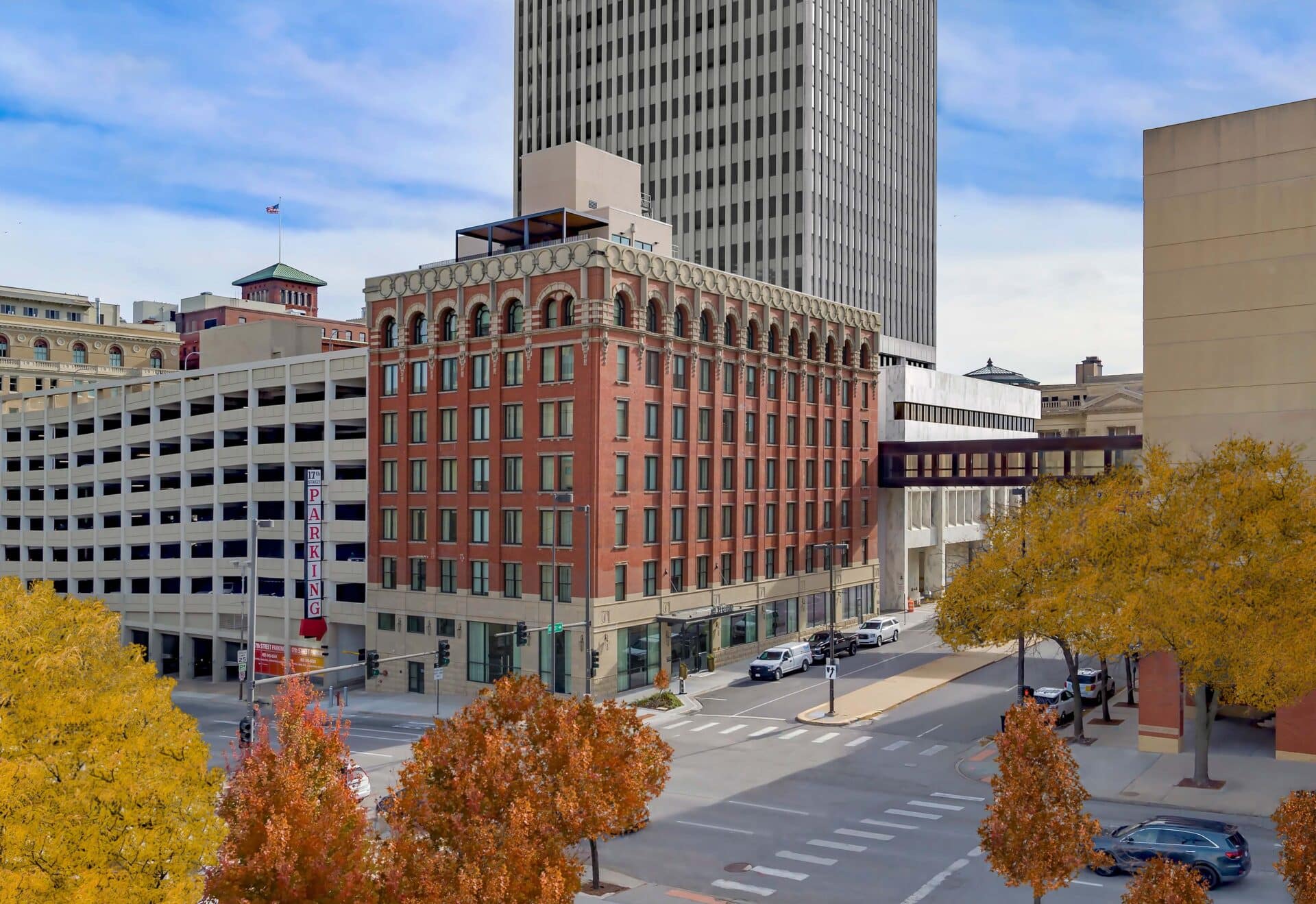 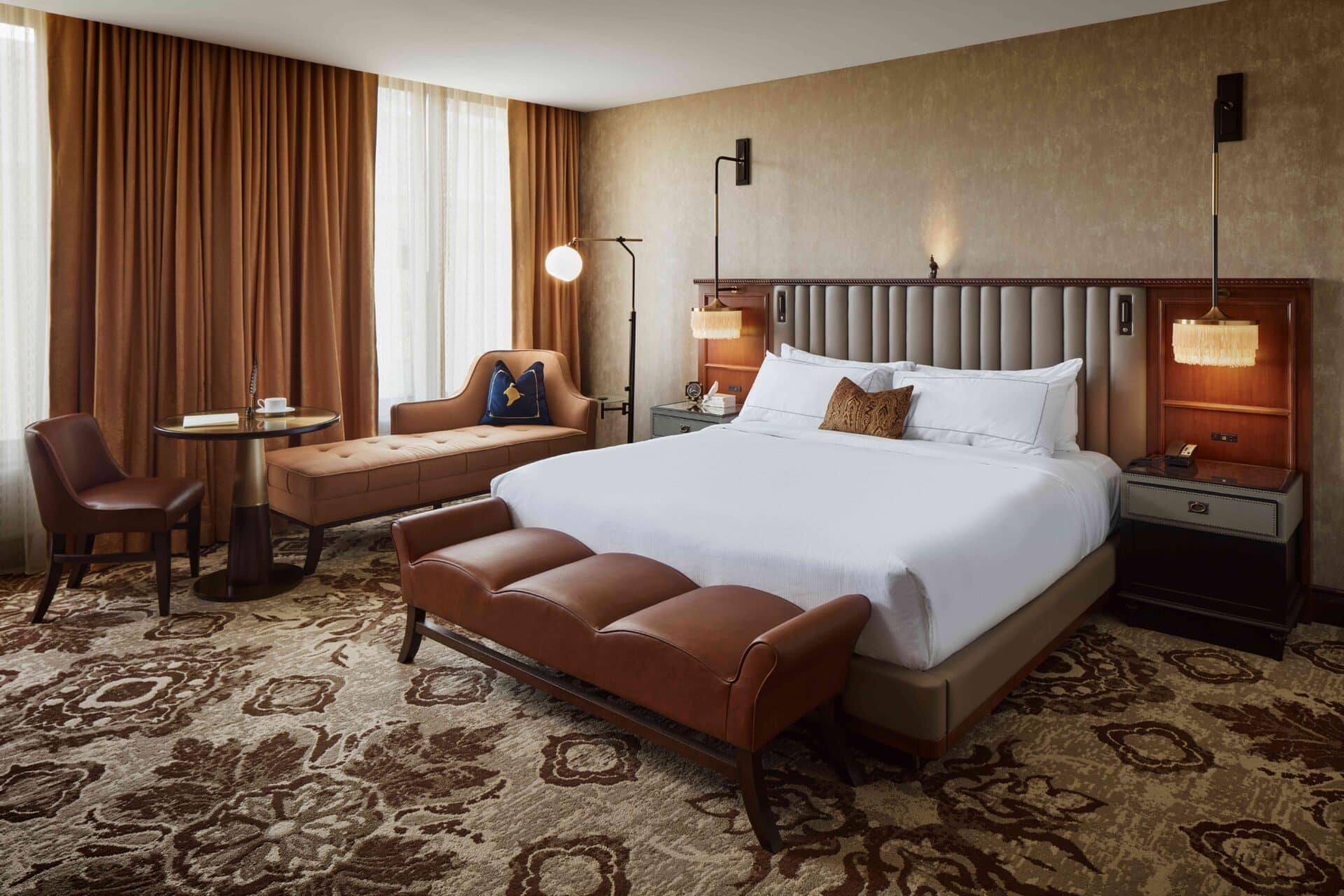 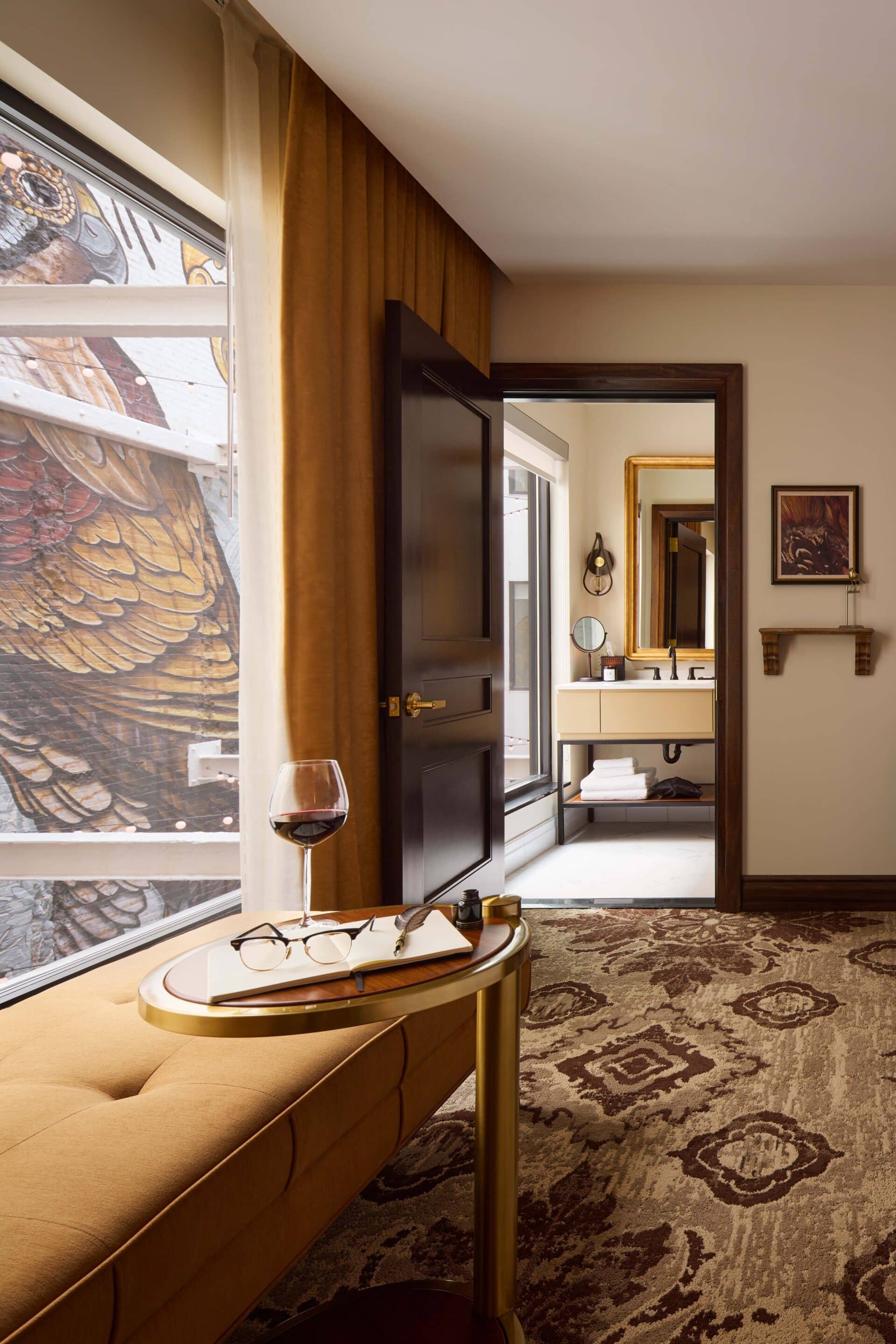 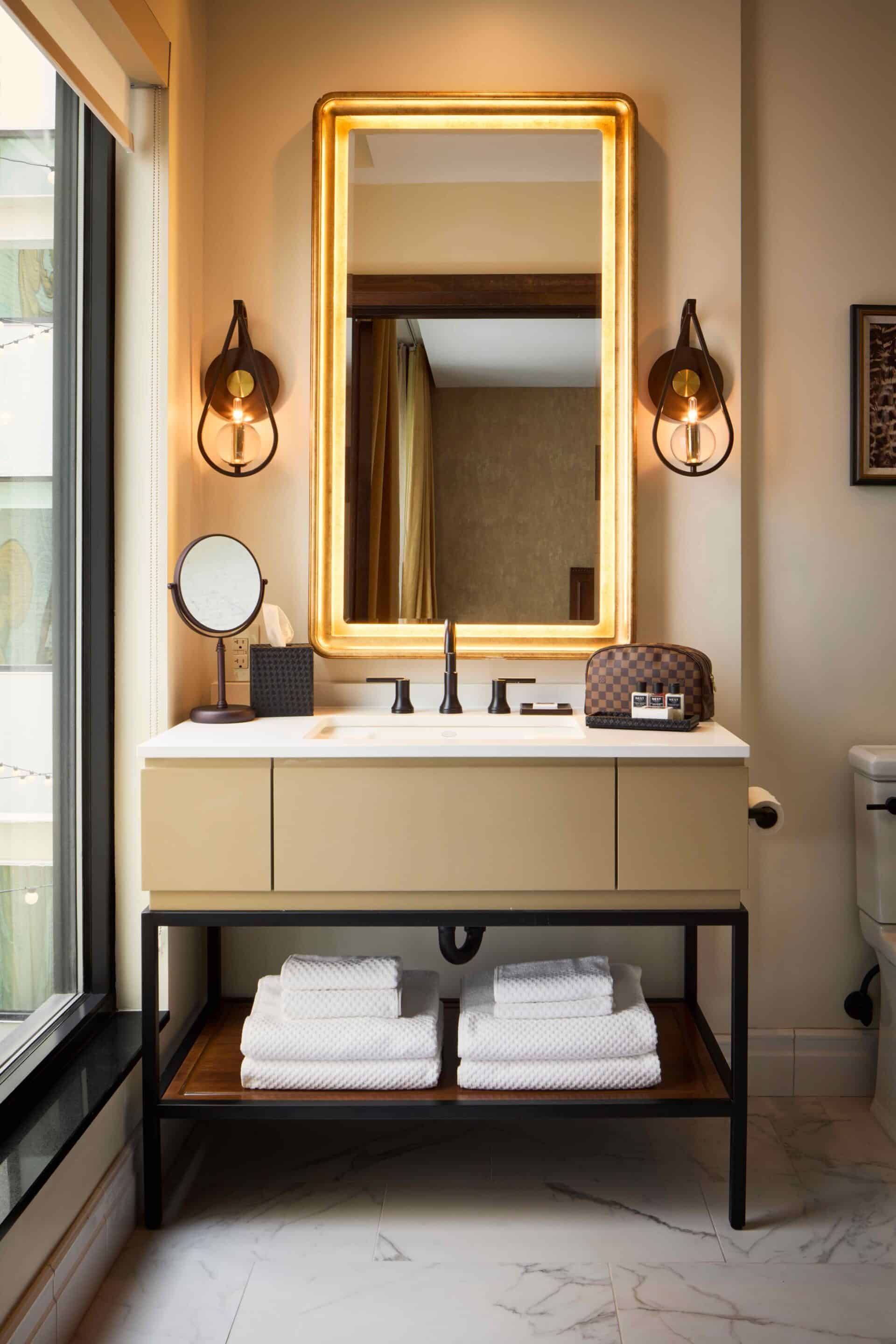 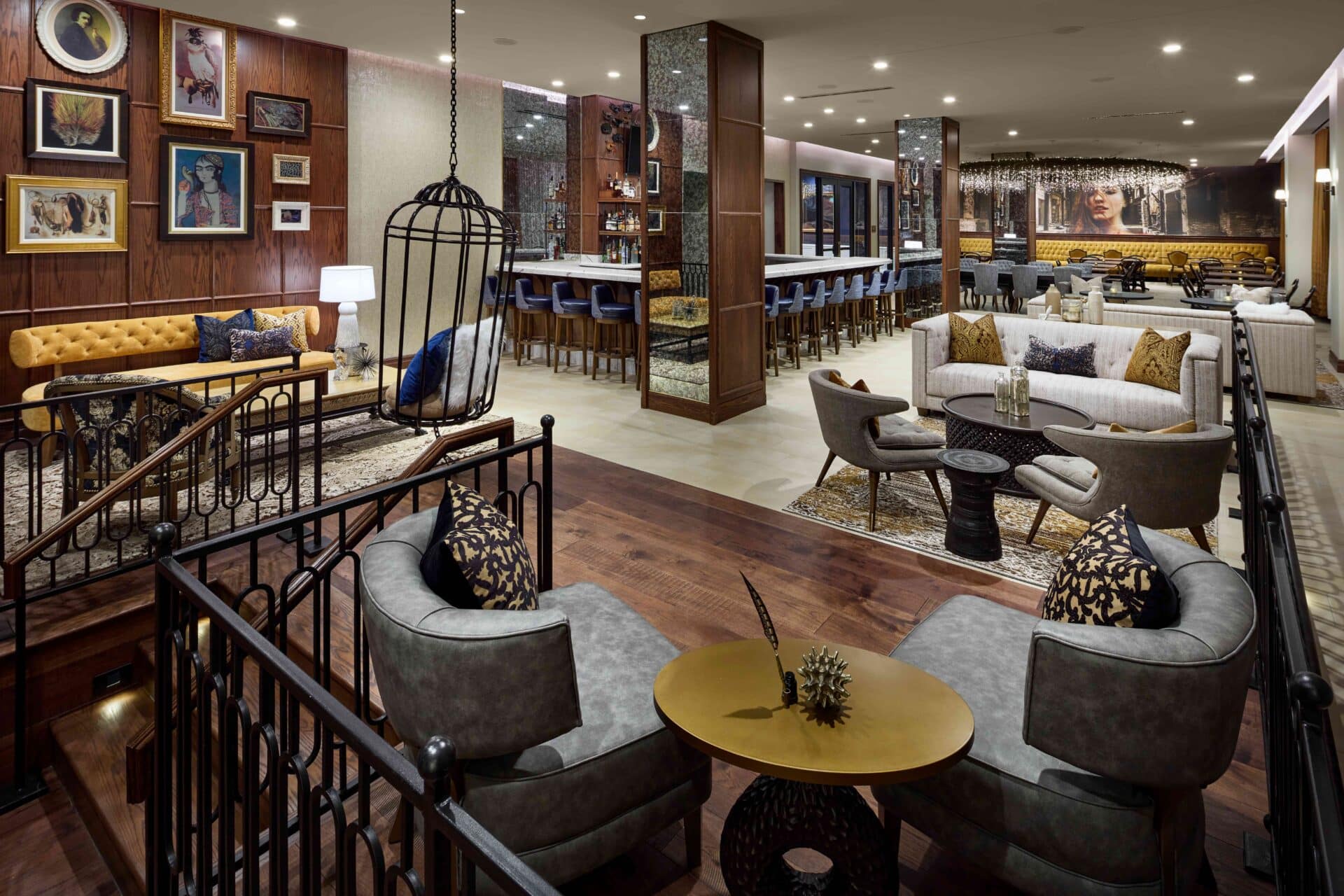 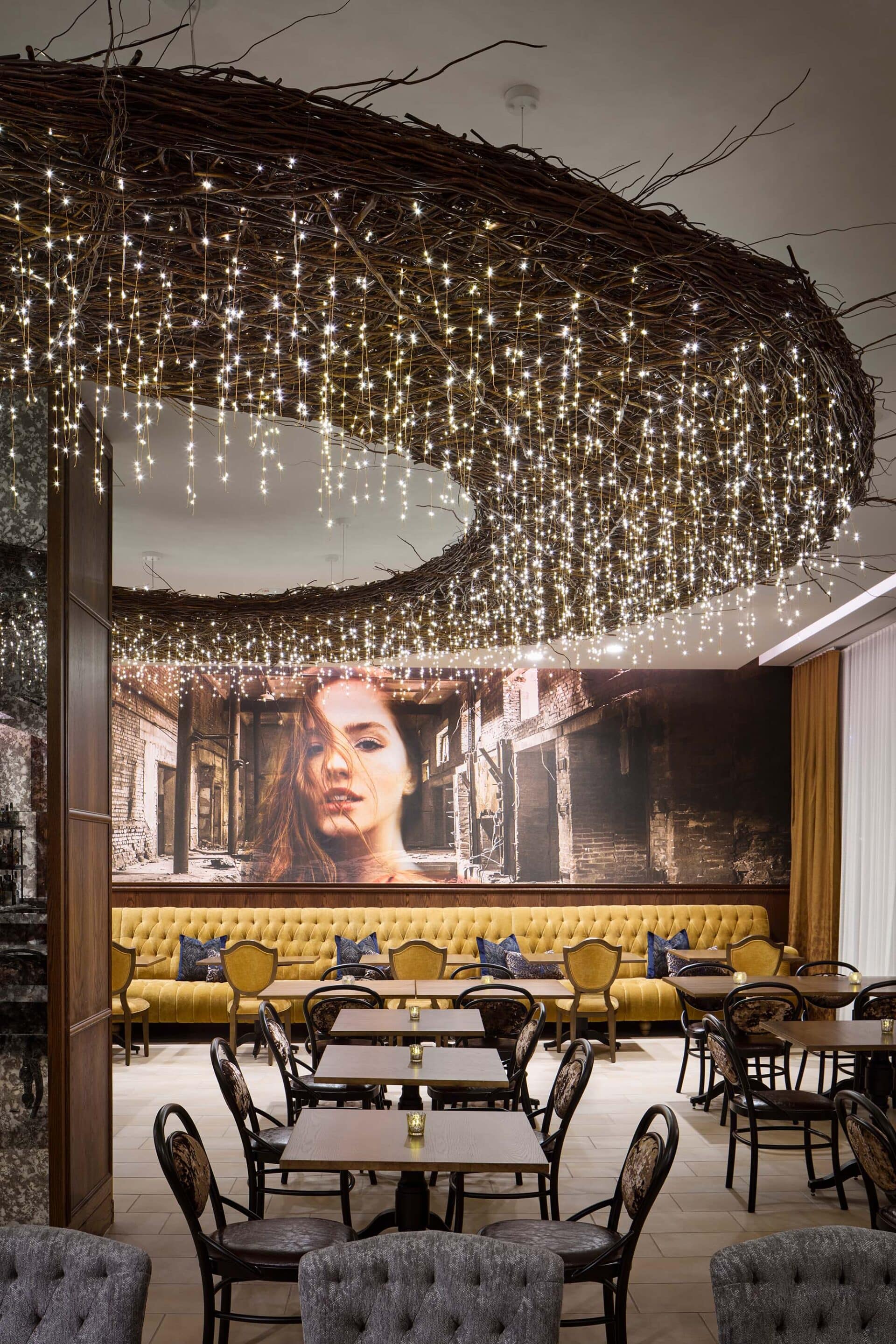 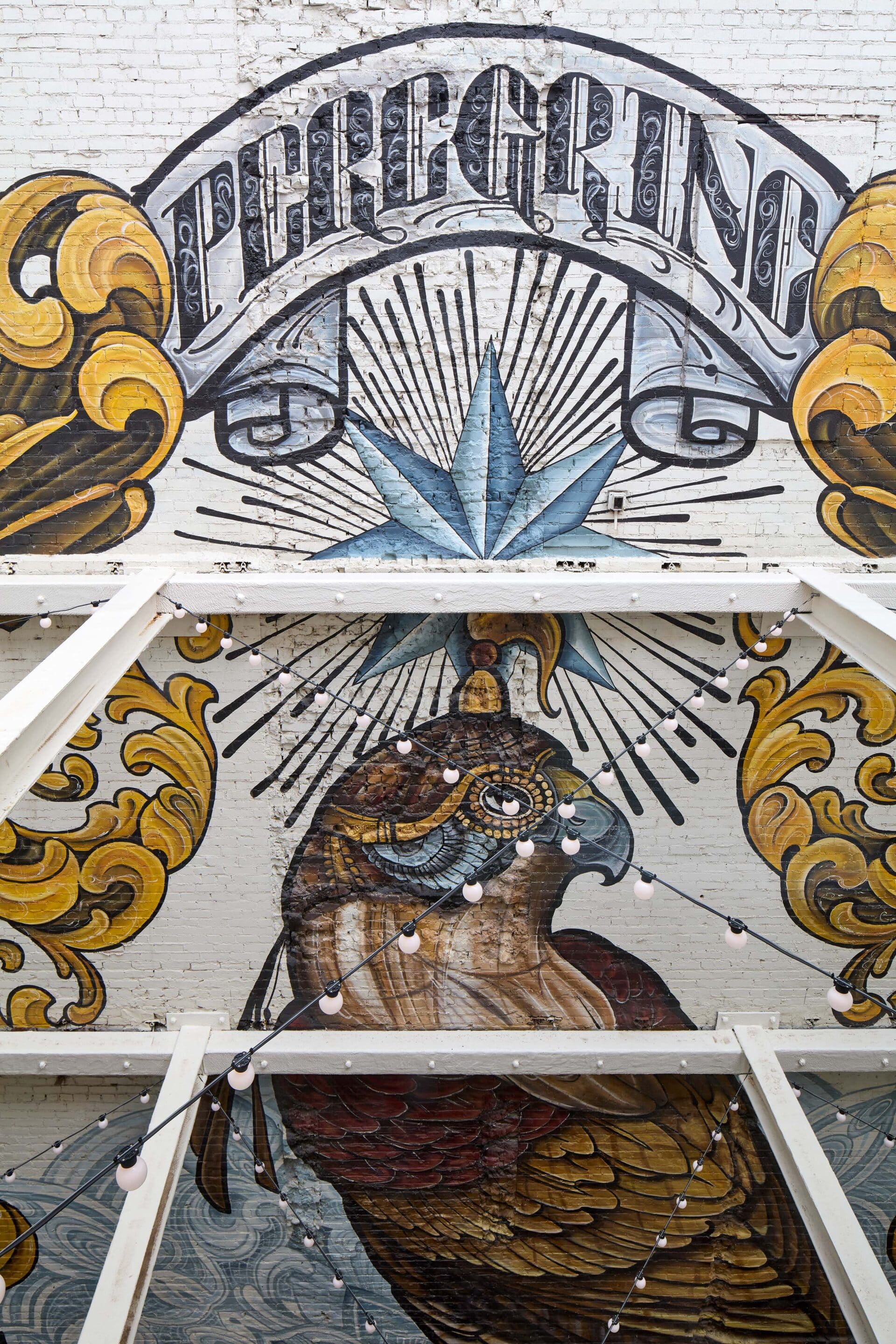 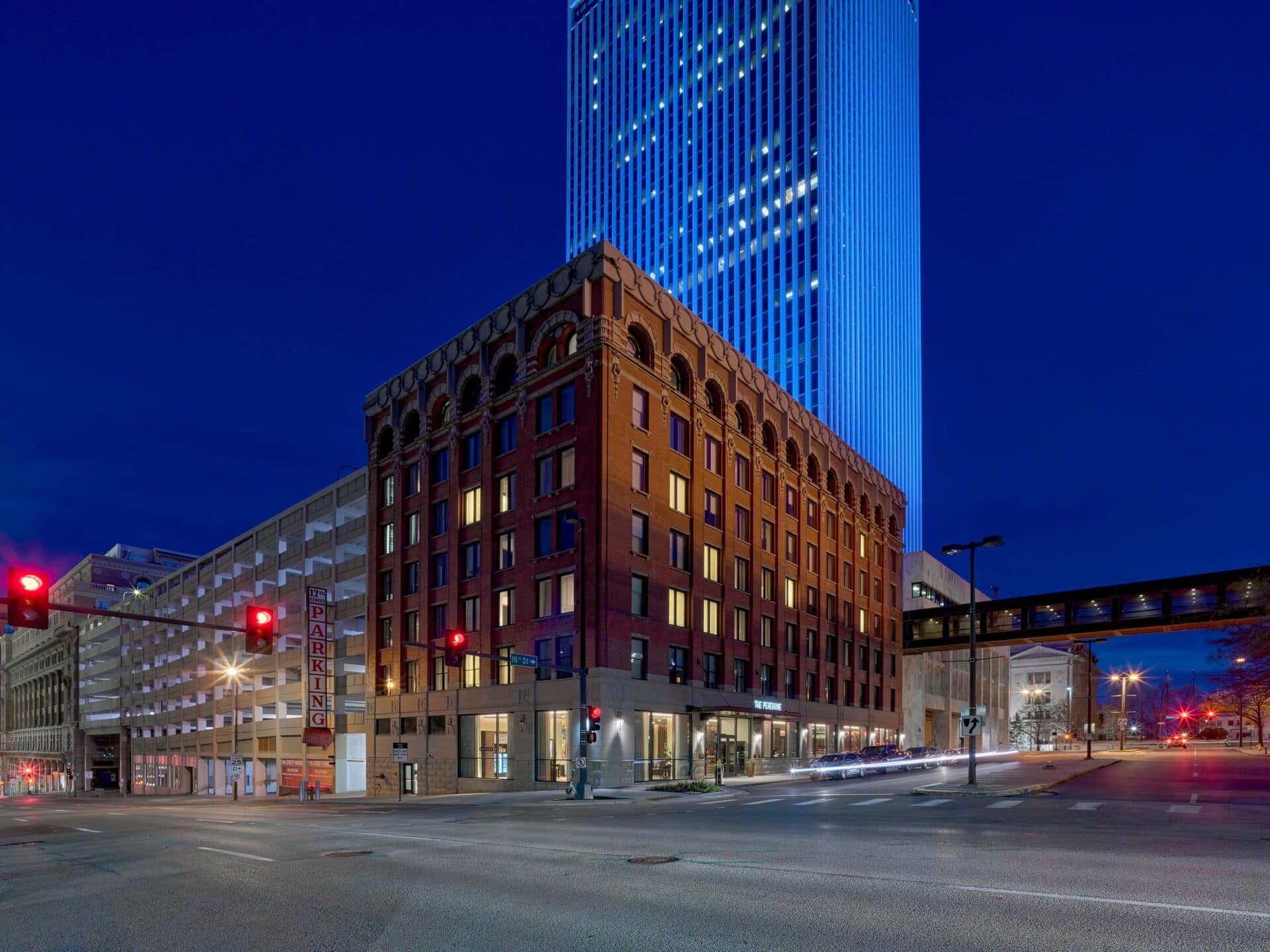 The Peregrine: A Curio by Hilton Property

The historic Saunders-Kennedy Building located in Omaha, Nebraska will soon be transformed for use as a Hilton Curio property. Though the building has had several modifications over the past several decades, its importance in the history of Omaha remains.

Trivers serves as the design team lead as well as the historic consultant on the project, working with Edge of Architecture as the Interior Designer. Our research and presentations to local stakeholders have led to the award of a local Landmarks Designation as well as a Nebraska State Historic Tax Credit allocation, expanding the financial capacity of the project for our client.

Drawing design inspiration from a family of Peregrine falcons living on top of the neighboring World Insurance Building, the hotel incorporates luxurious, sophisticated yet playful design elements. Restoring an original light well and exposing material changes further enhances the richness of the hotel guest experience. In addition to 89 guest rooms, the program includes a retail shop, restaurant, bar and lounge, and meeting rooms at the first level as well as a small rooftop bar overlooking the City of Omaha. Planned exterior improvements include removal of modern cladding to uncover remaining historic elements of the façade and recreation of the original first floor storefront openings. Window replacement will be phased with the critical 2nd and 7th floor historic windows being recreated as part of the current project.

After sitting vacant for years, the Peregrine will bring new life and vitality to the area and should serve as a catalyst for future development.