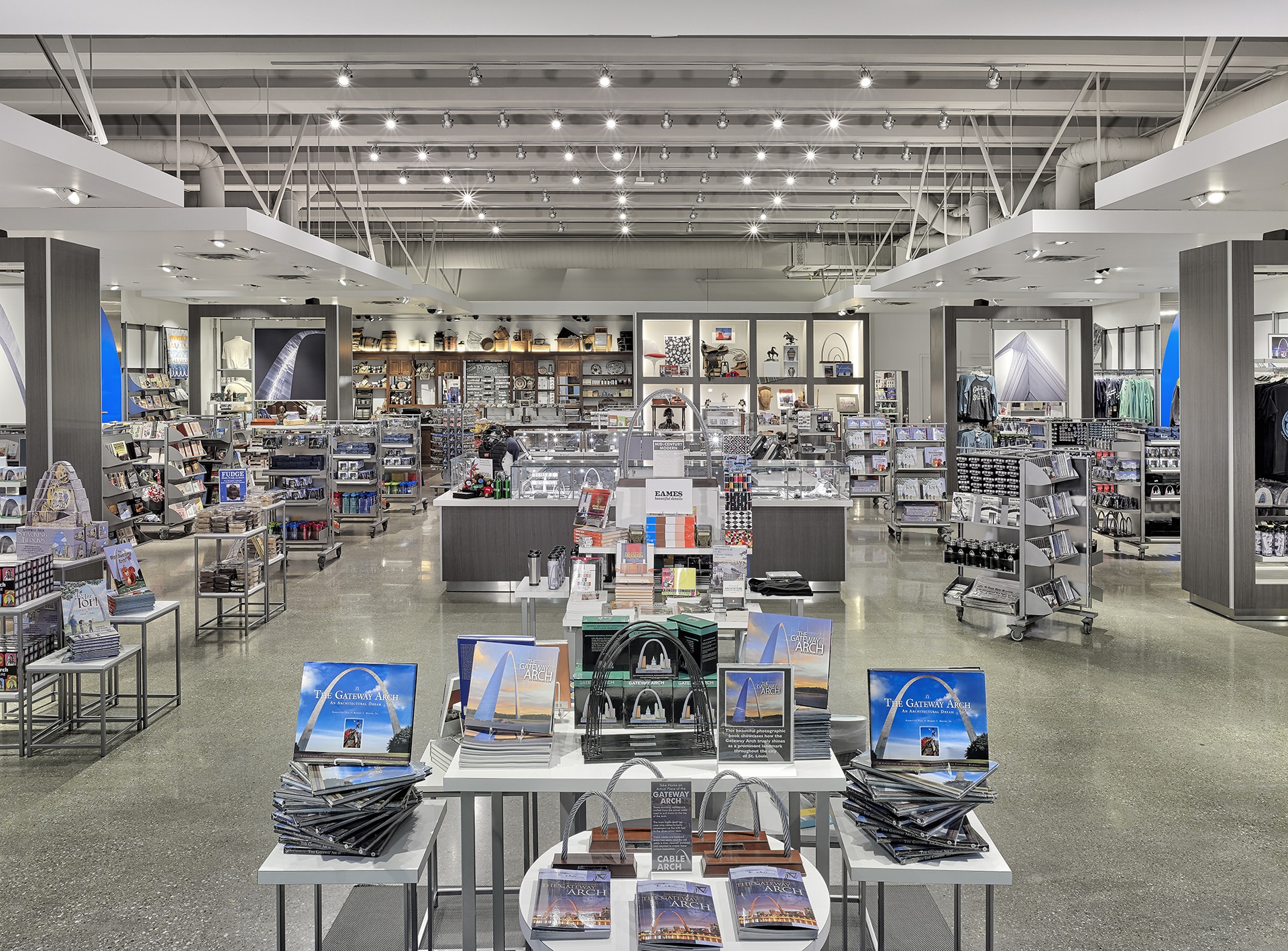 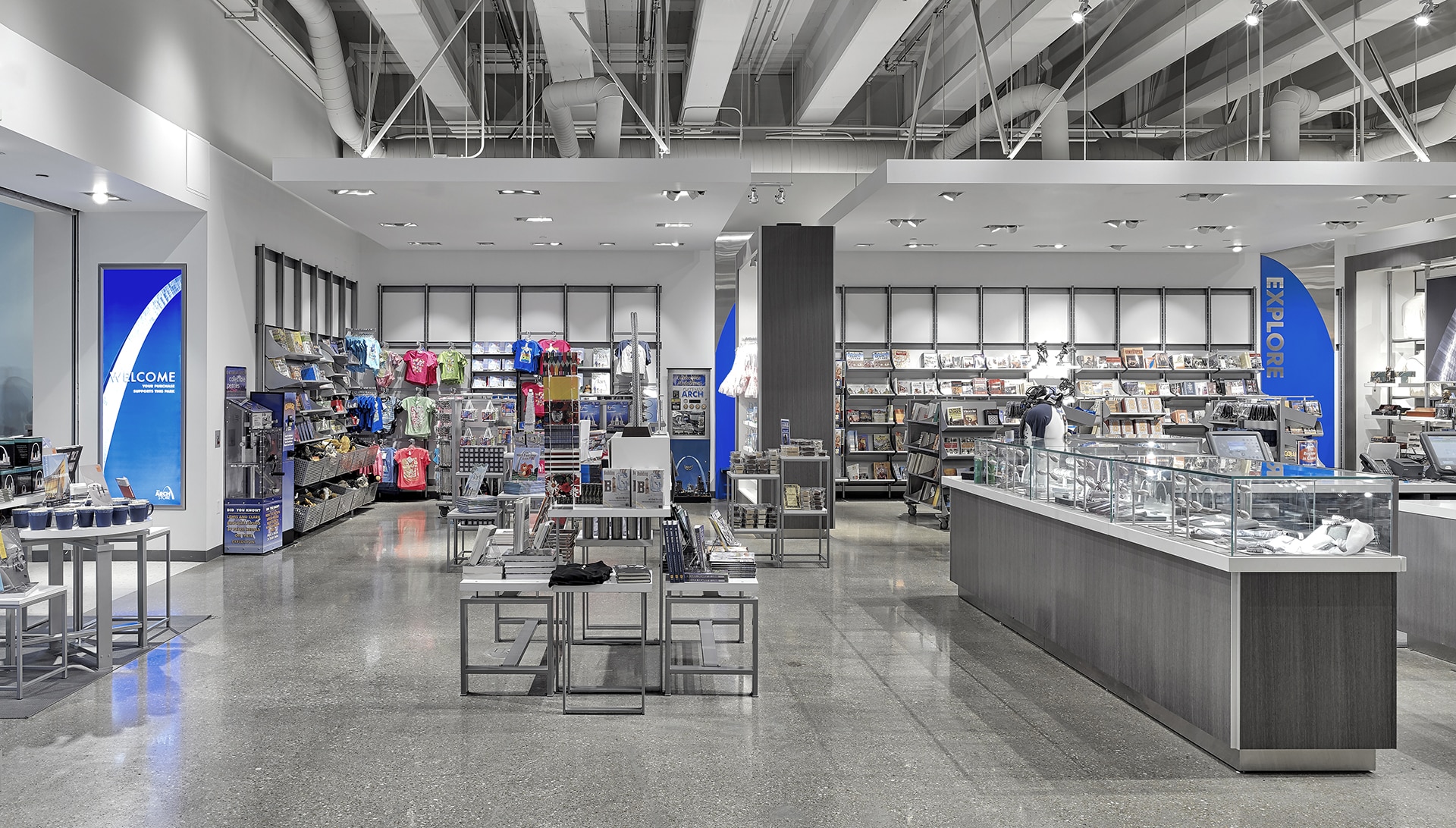 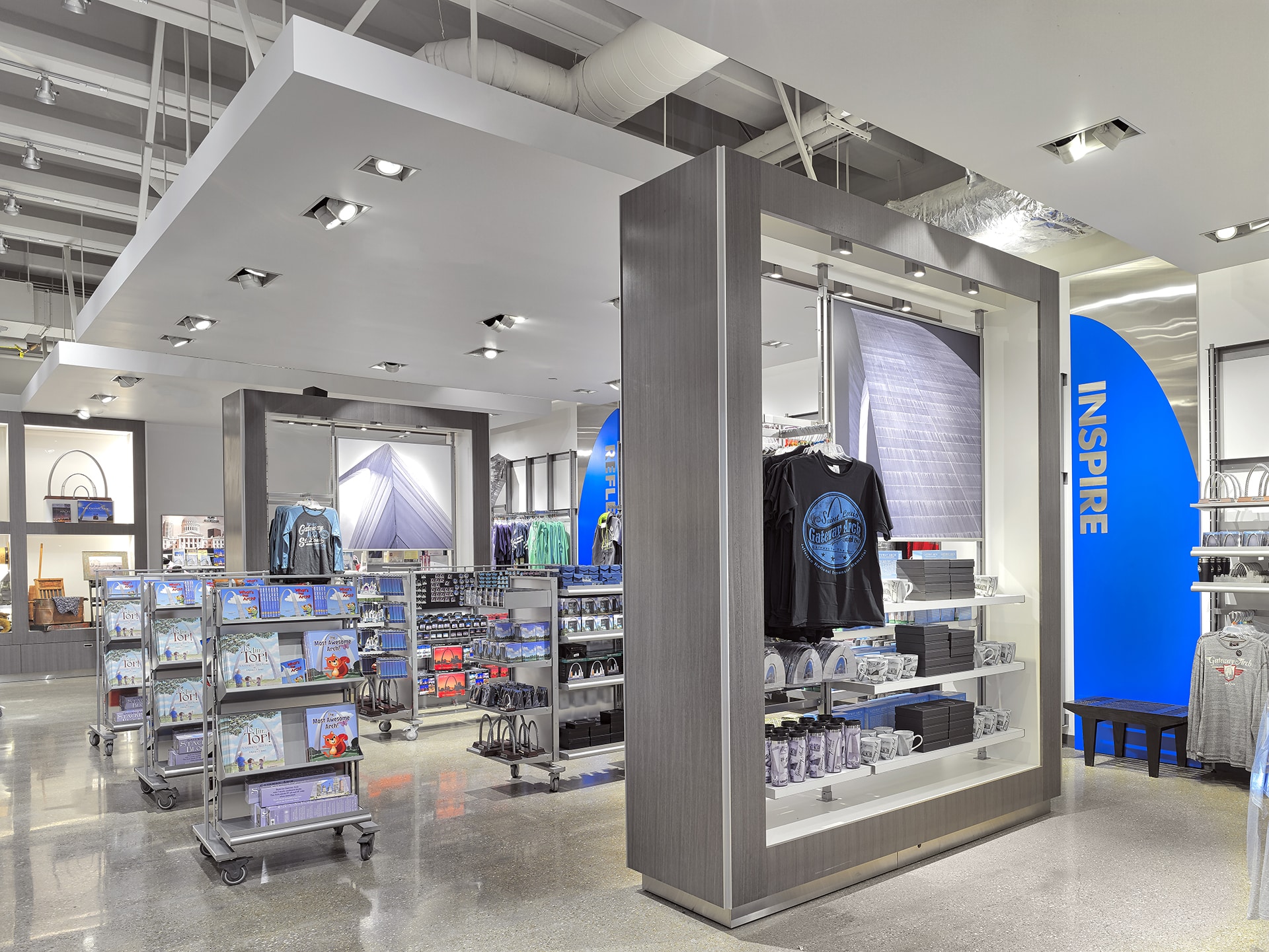 The Arch Store at the Gateway Visitor Center

As a key component of the CityArchRiver lead national monument museum renovation, the new Jefferson National Expansion Memorial Museum Store captivates visitors with its vastness and light. Its design ties seamlessly into the Arch Lobby; modern yet approachable, a space worthy of representing the St. Louis Arch. The quality of the space and clear-span expanse disguises the store’s subterranean setting.

The store’s central location, and advanced construction schedule relative to the larger museum project, proved to be a complex task. Trivers guided the design and construction of the retail white-box through the many multifaceted coordination concerns innate to an infill project within a still continuously operating national monument and visitor center.

Unknown to many is the complexity of what lies beneath. The design team took what originally had been an IMAX theatre and inserted three new programmatic levels of storage, employee offices, and the museum store itself.

Trivers partnered with Cooper Robertson on the store infill and white-box and in conjunction with Anderson Hallas, overseeing the construction and fit out of the 4,000 SF space.