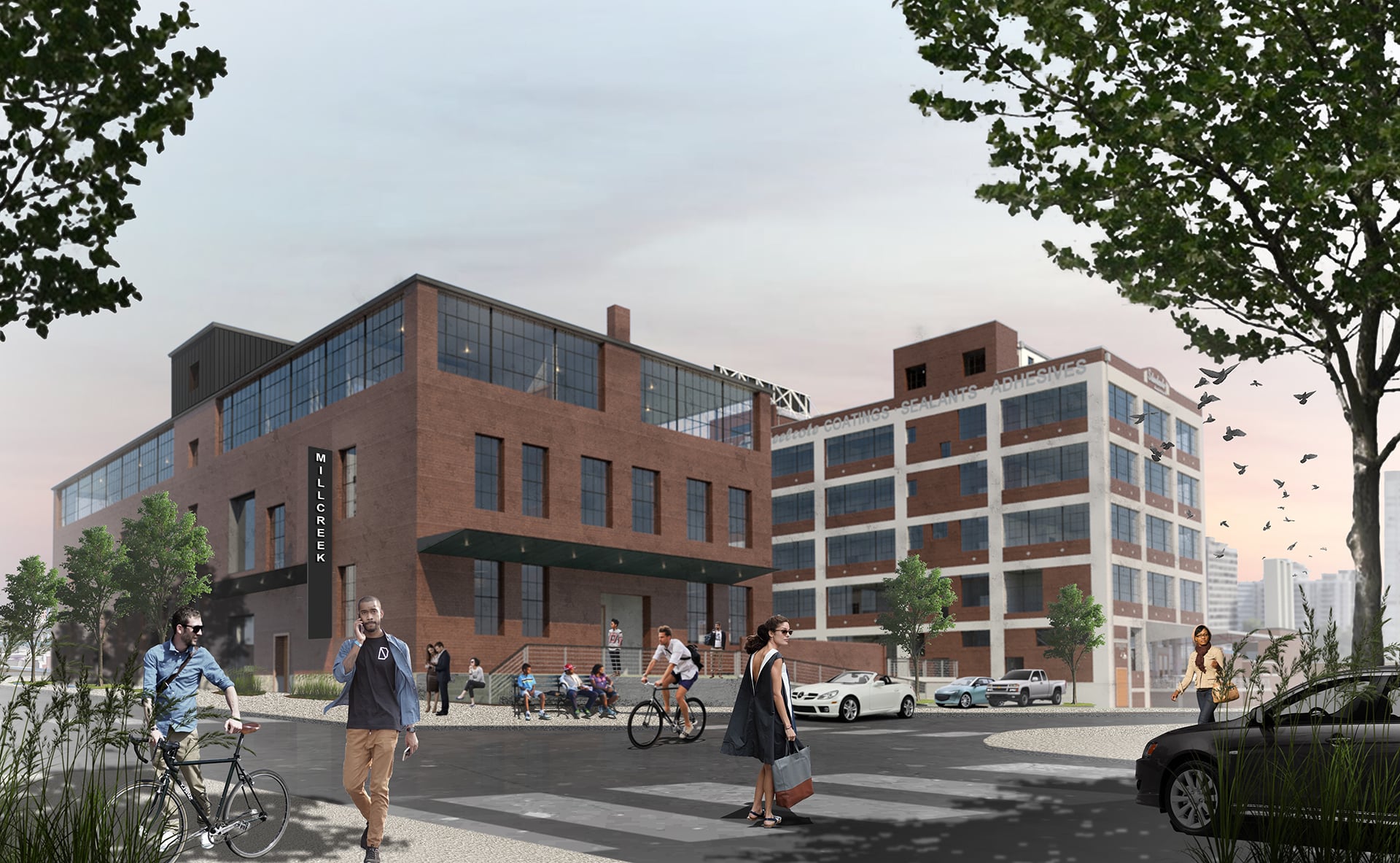 Built in 1923 with a third-floor expansion in 1929, this full masonry industrial building served as the distribution plant for the Columbia Oil Company.  After early years as a wholesale supplier of industrial and mechanical lubricating oils, the company ventured into automotive oil sales in the early 20th century. As the increase in automobile ownership in the St. Louis region soared, the Columbia Oil Company became one of the city’s most prominent wholesalers of automobile oil and other products.

The company’s construction of their facility in the Mill Creek Valley fit into a period of increased industrial development of larger fireproof manufacturing buildings, supported by the controversial resolution of land use zonings and permitted activities. Within a year of the construction of its two-story fireproof distribution building, Columbia Oil Company saw a major new factory built by Steelcote Manufacturing Company immediately north (Designed by Trivers, renovated in 2019 as Phase I of the Pier Property development master plan).

Steelcote Crossing is an unusually intact example of an early automobile industry support facility, and its usage seems a significant part of the early days of automobile use in St. Louis.  Much of the original fabric remained untouched for this adaptive reuse into 15 micro apartments and ground floor retail space.

While the first floor and former oil tank bay to the west remain largely unaffected, the upper floors have been designed to offer micro apartments, ranging from 422-750sf and limited amenities which will be expanded in the adjacent new construction to the west.  Design features coincide with the Steelcote Lofts, which appear quite unrefined upon first glance, but becomes more finished as one moves from the public to private realm. Within the units, contemporary kitchens and bathrooms achieve the highest level of refinement, deliberately designed so only essential elements are emphasized for micro living, creating a contrast with the original character of the building bringing a new sense of refinement to the once thriving oil facility.