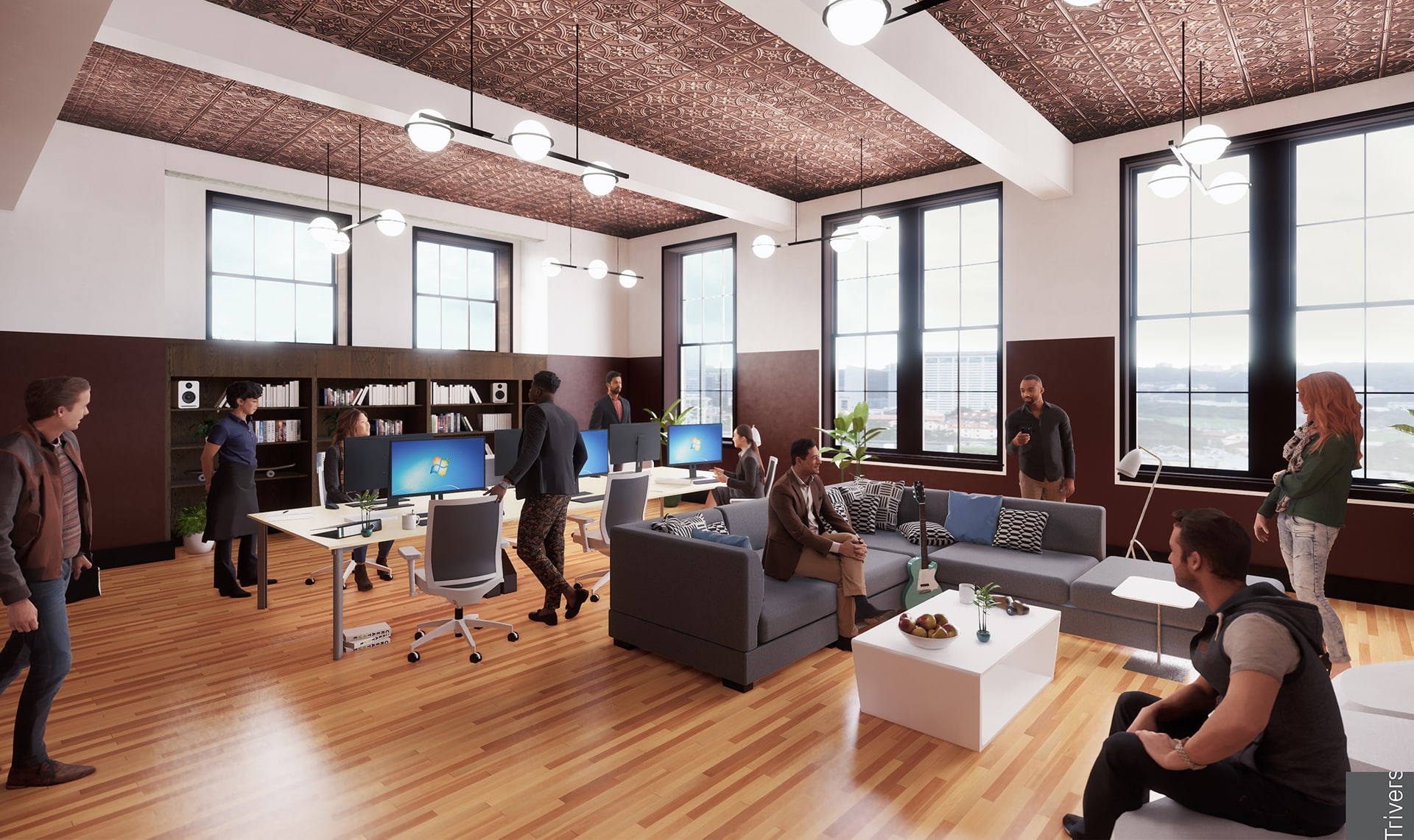 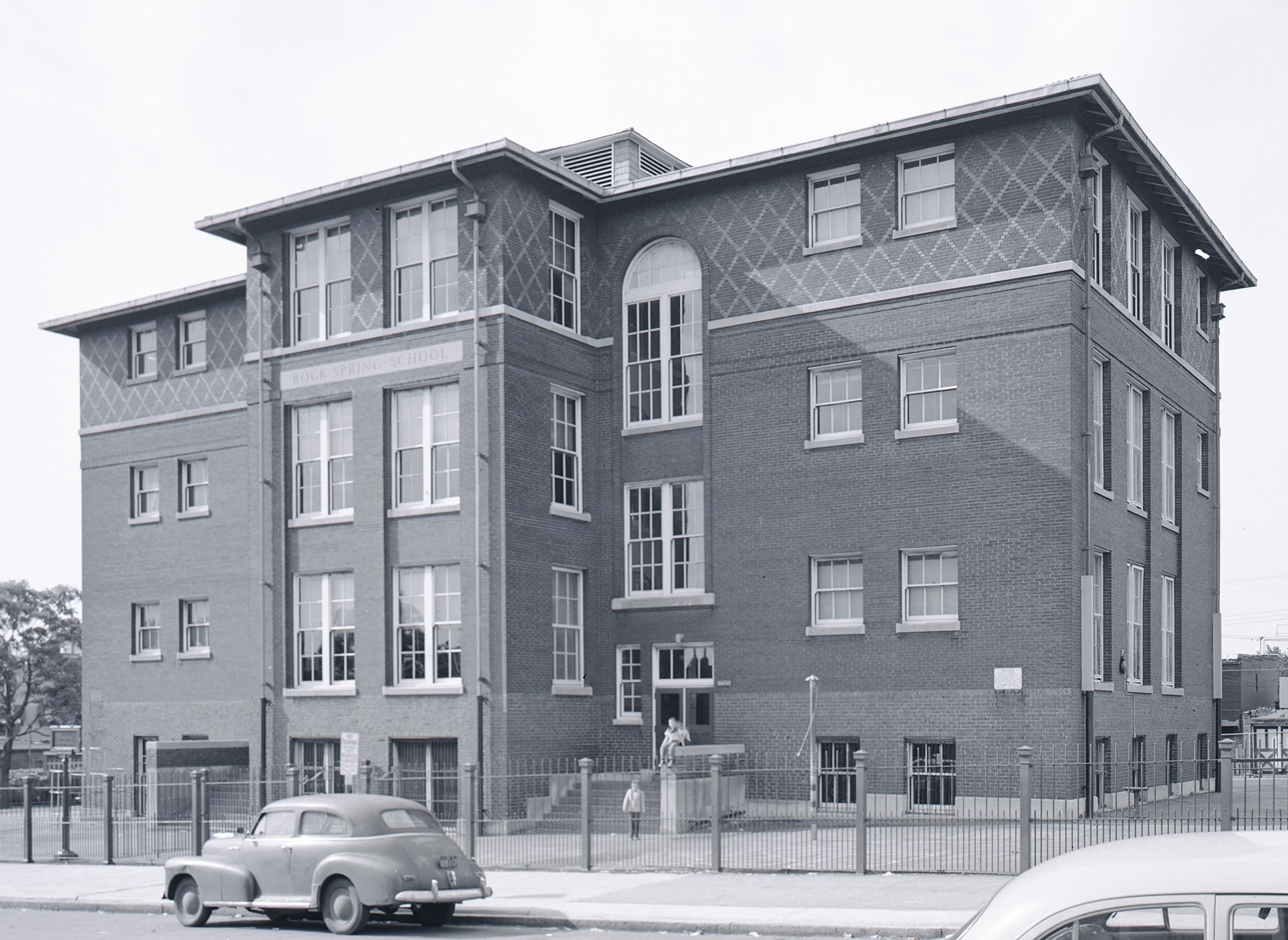 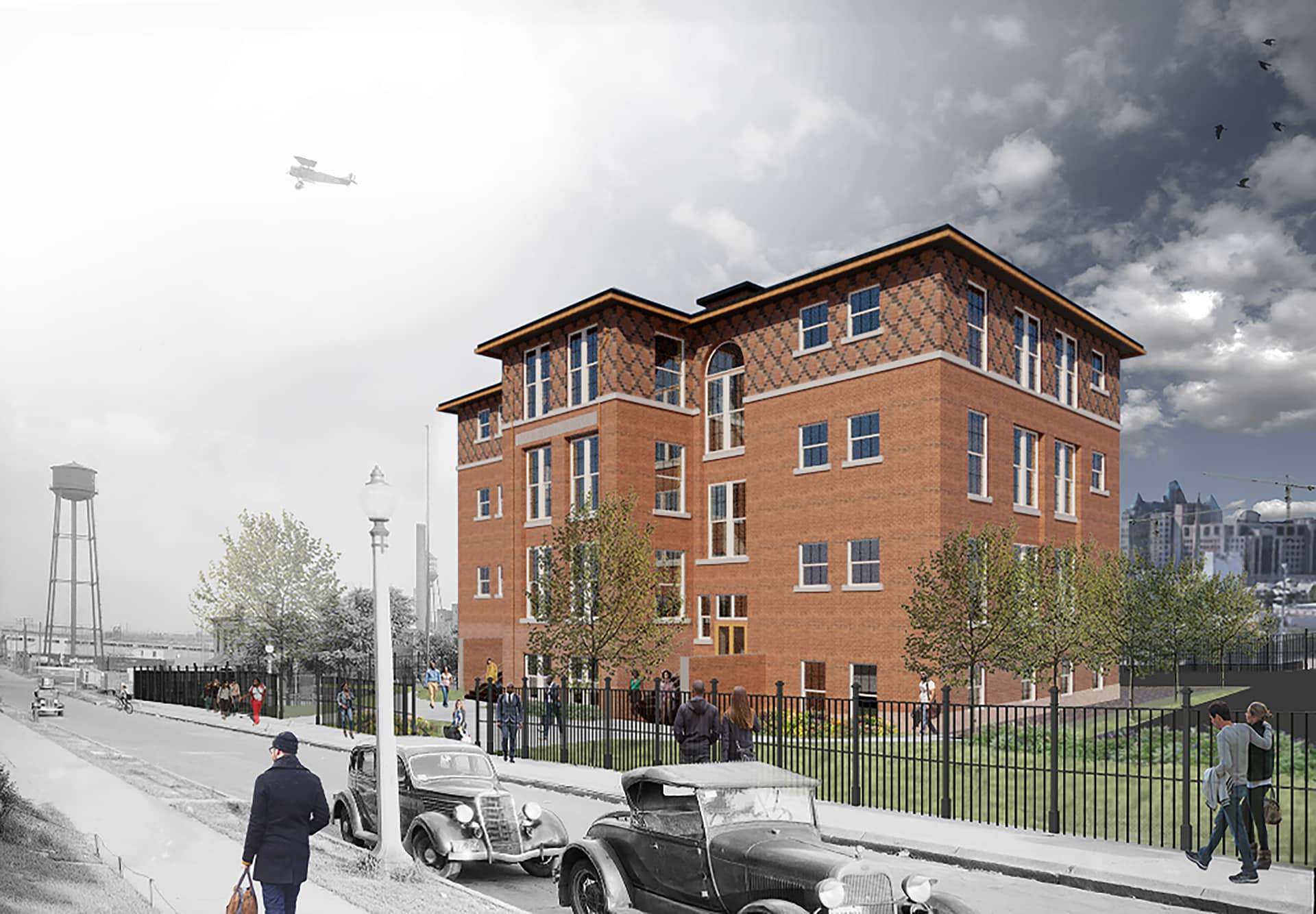 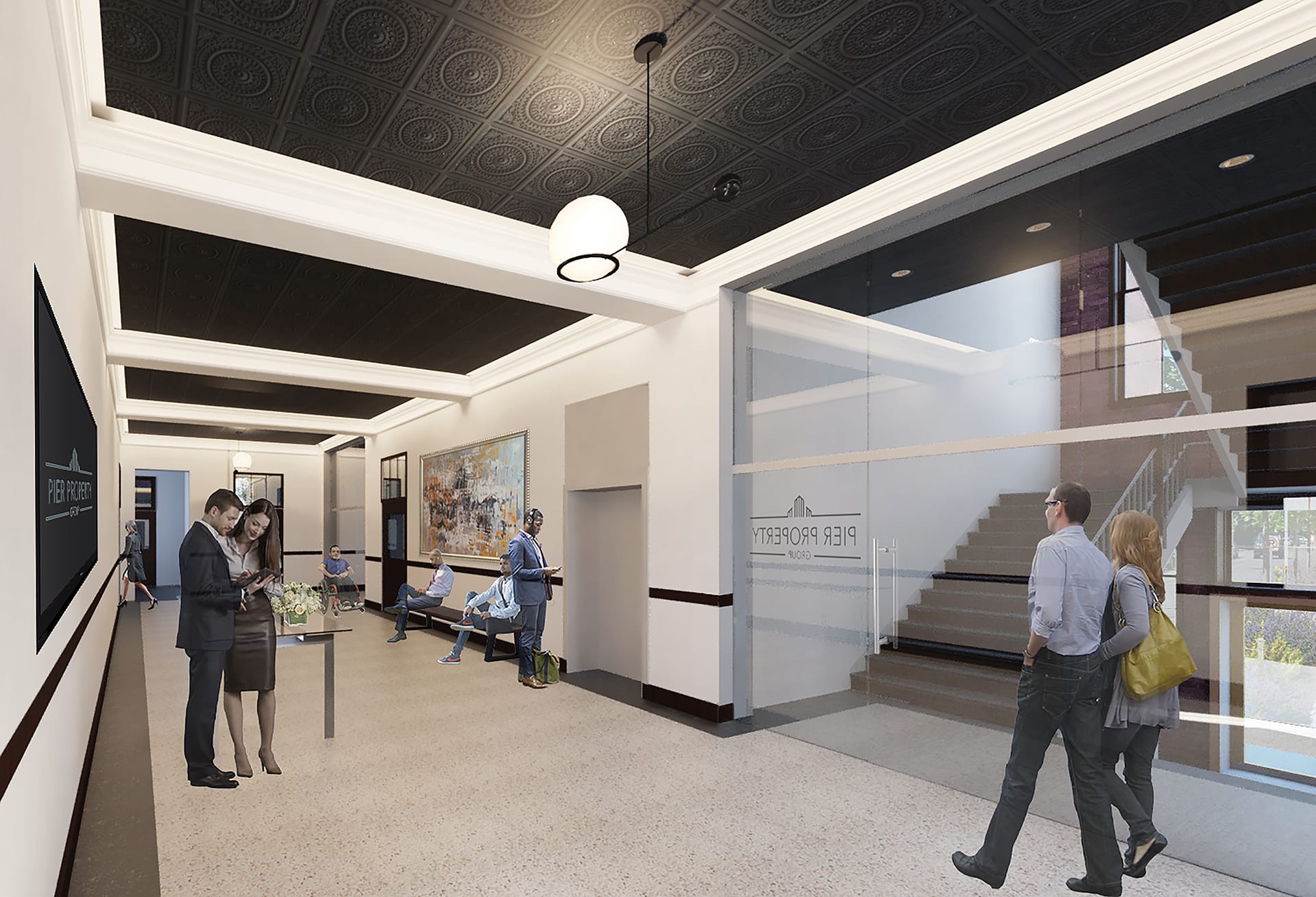 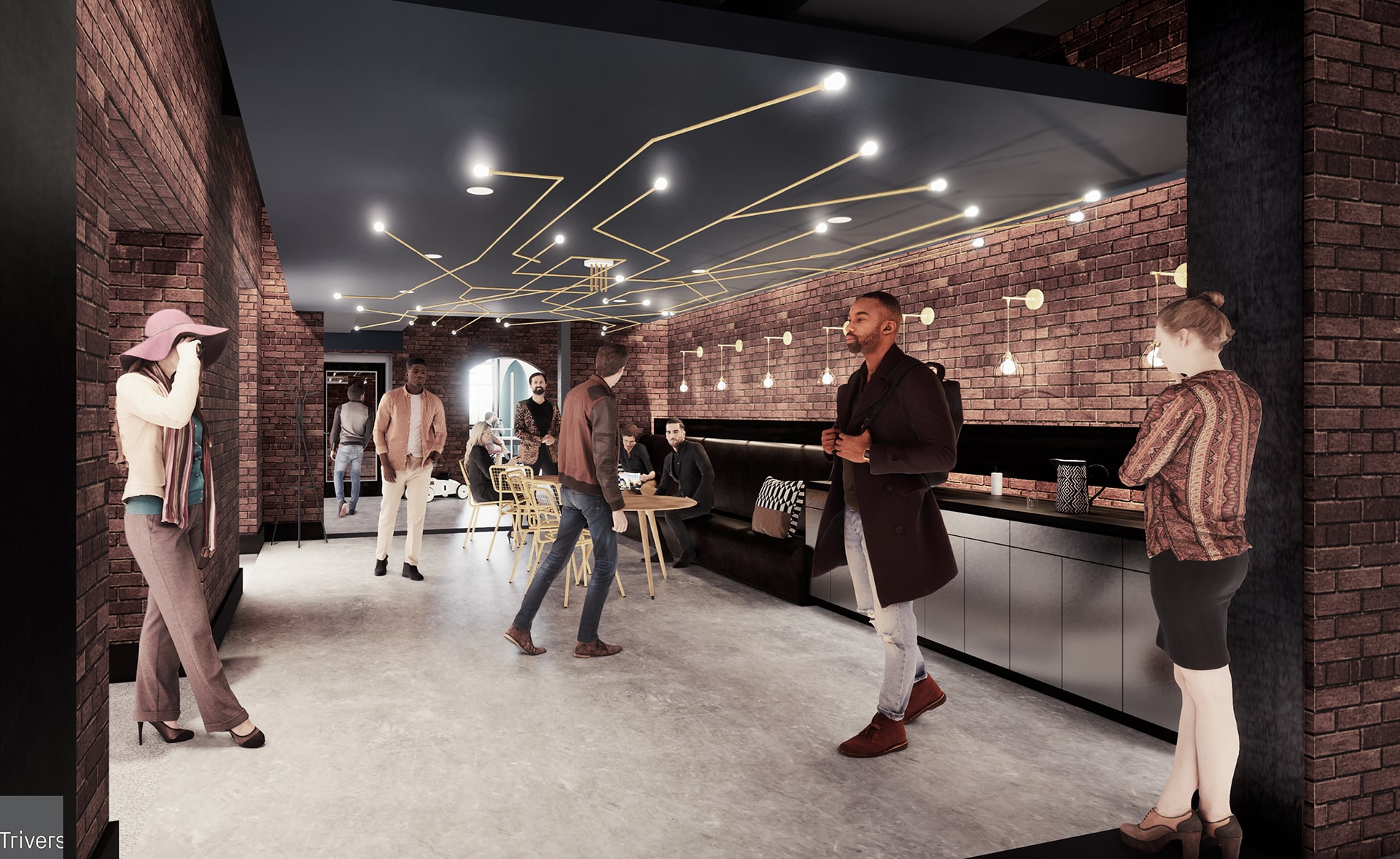 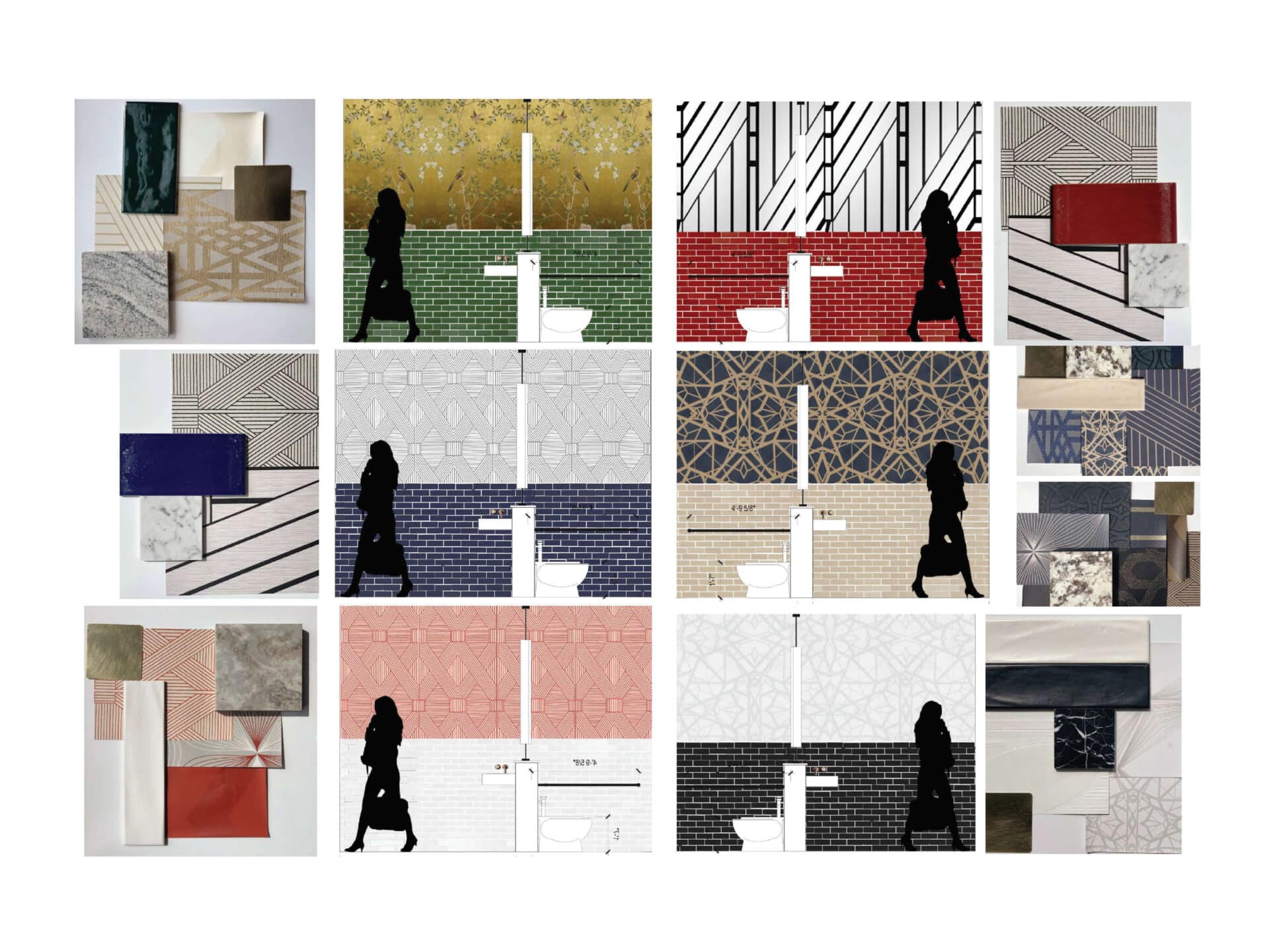 Built in 1898, Rock Spring School is one of just two William B. Ittner designed Cruciform-Plan elementary schools. The fourth of 50 total school buildings designed by Ittner during his tenure as Commissioner of School Buildings for the Board of Education in St. Louis, Rock Spring School represents a unique milestone in his quest to design a universally successful school plan that incorporated elements of beauty, practicality, and comfort. Straying from earlier H shaped designs and introducing a second floor, the school became a crucial step towards the “open plan” that ultimately became widely used. The rarity of the design underscores the critical importance of rehabilitation to ensure that this treasure is not lost to further deterioration.

After more than 20 years of vacancy, the rehabilitation will restore as much historic fabric as possible to give way to Class A office space. Original elements including terrazzo corridors, tin ceilings, wood casework, and school-house style light fixtures are being restored to create light-filled office spaces with one-of-a-kind historic features. Other structural improvements including the addition of an elevator, accessible entrance, and full sprinkler system create an accessible environment suitable for contemporary workspaces.

Between 4-14 tenant spaces will be available for lease in a previously under-served area of the surrounding community. Bringing an end to decades of neglect of a building highly visible throughout the neighborhood and from the adjacent highway, the impact of the rehabilitation of the school extends further than its future tenants.