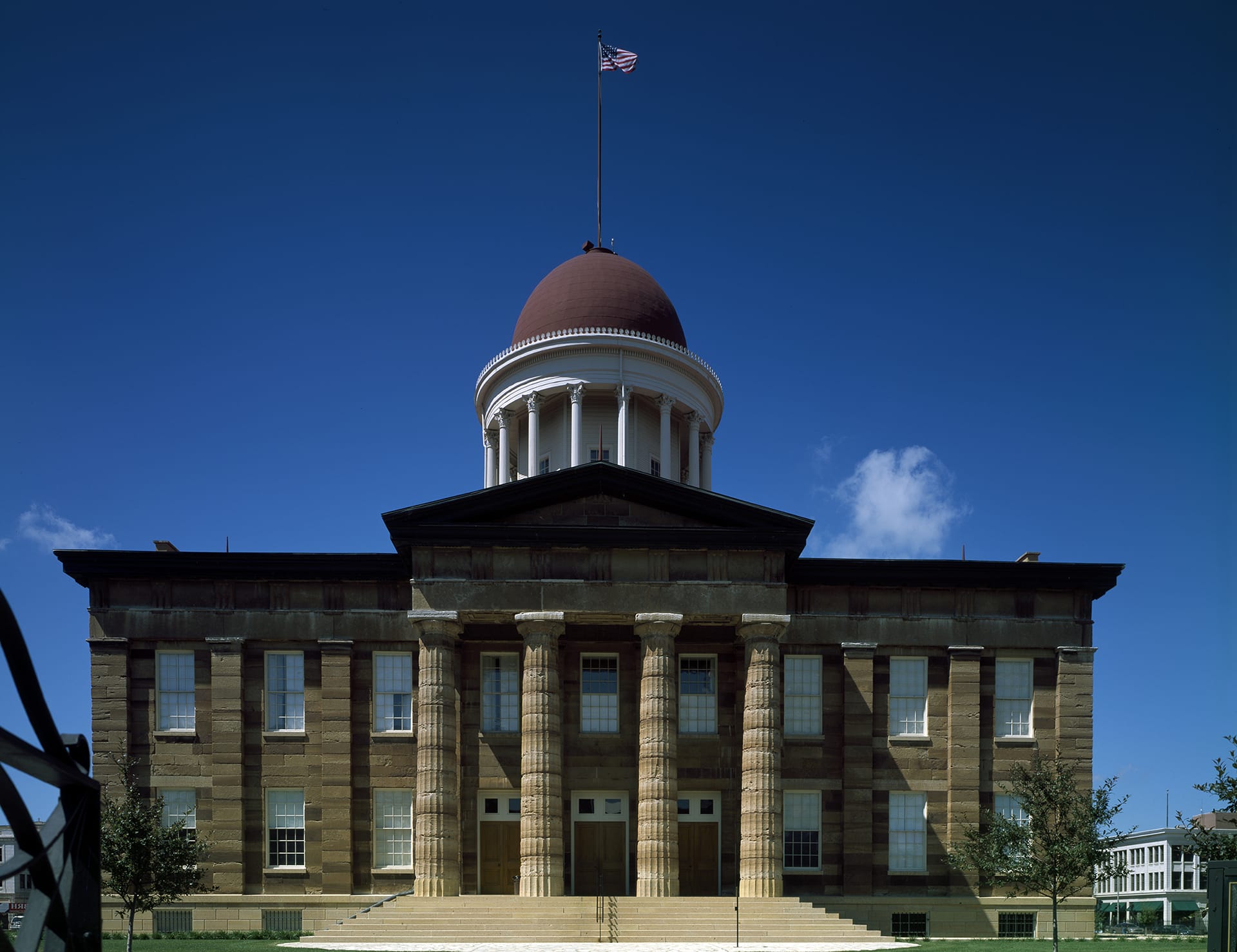 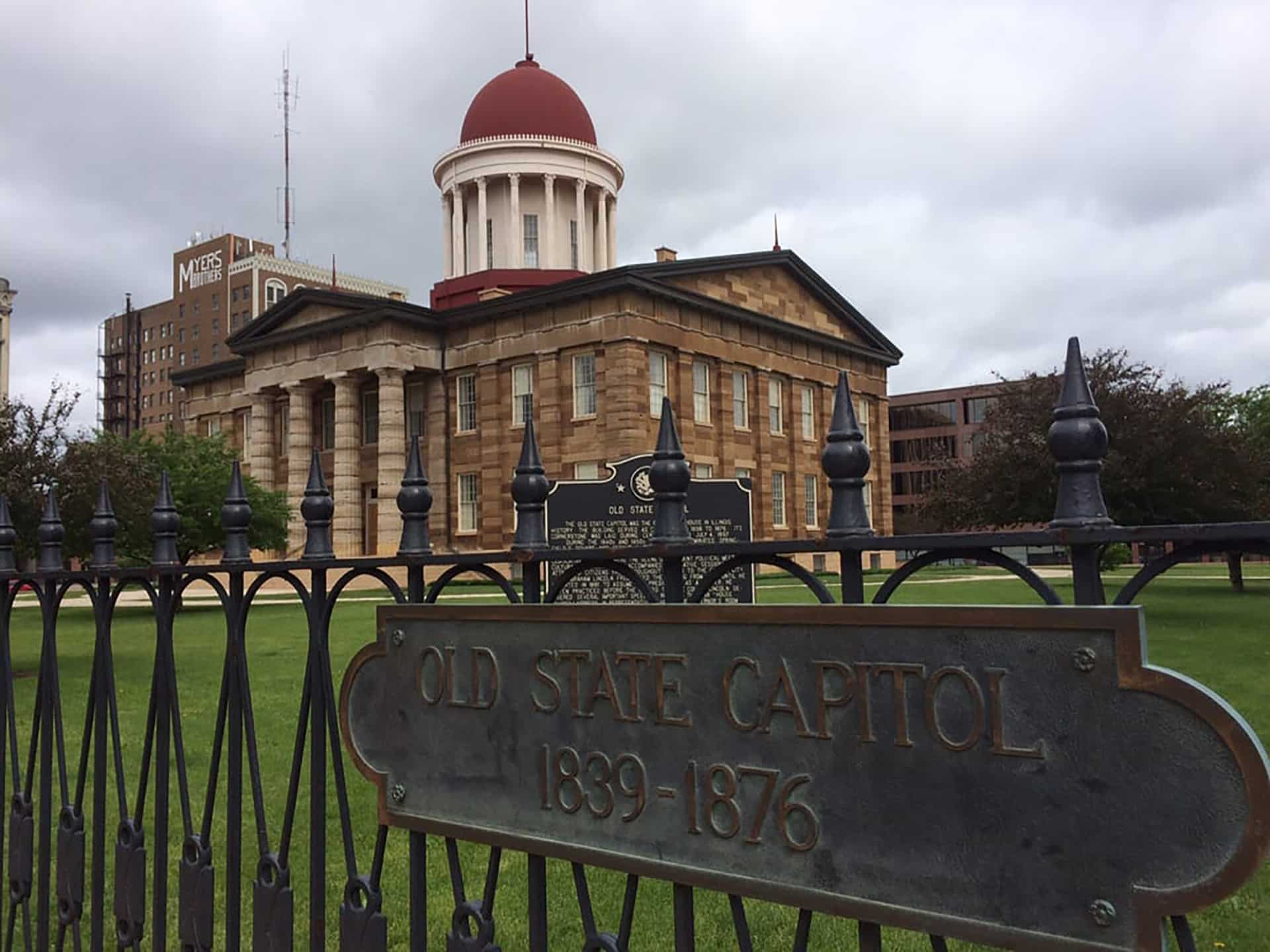 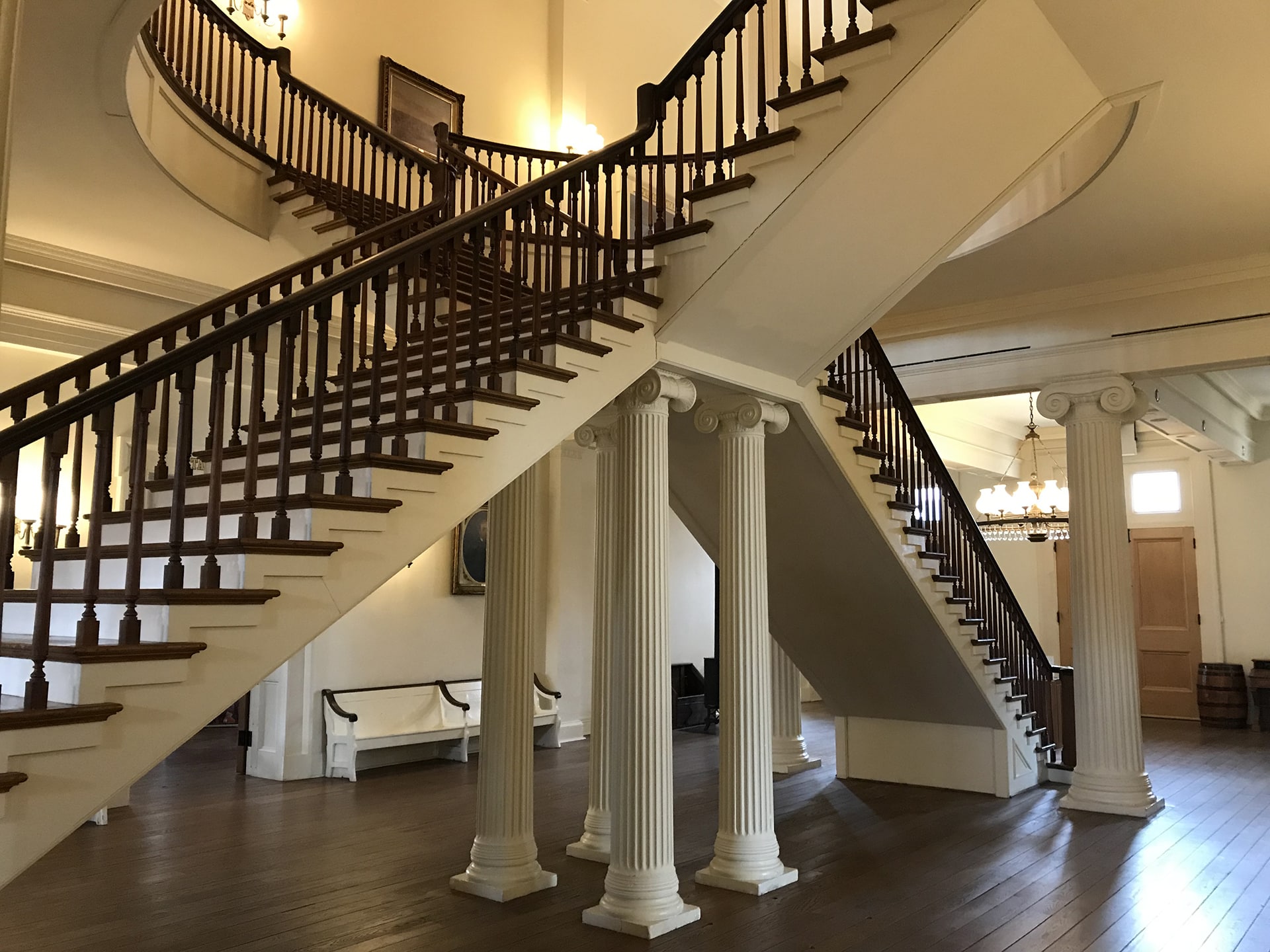 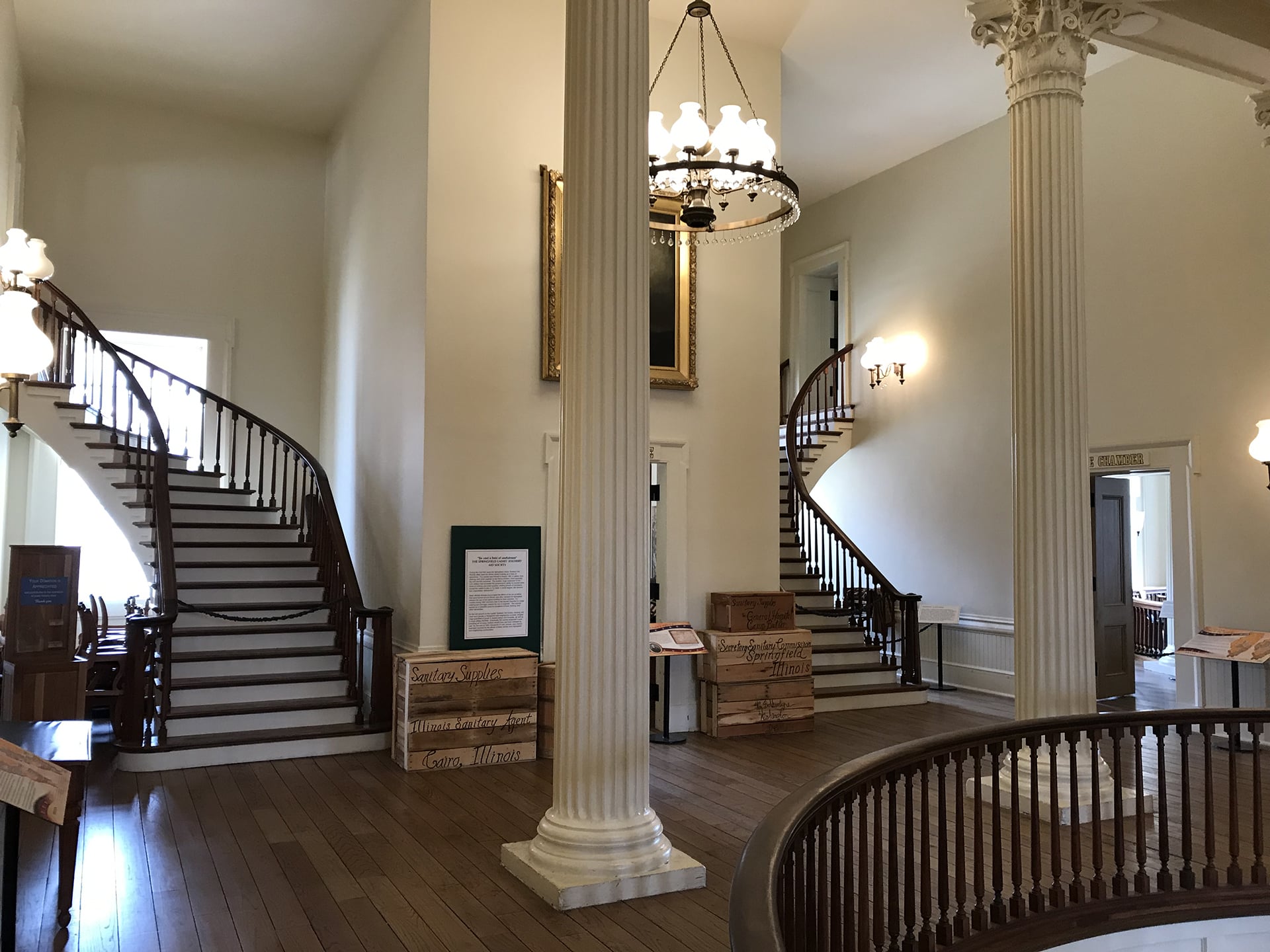 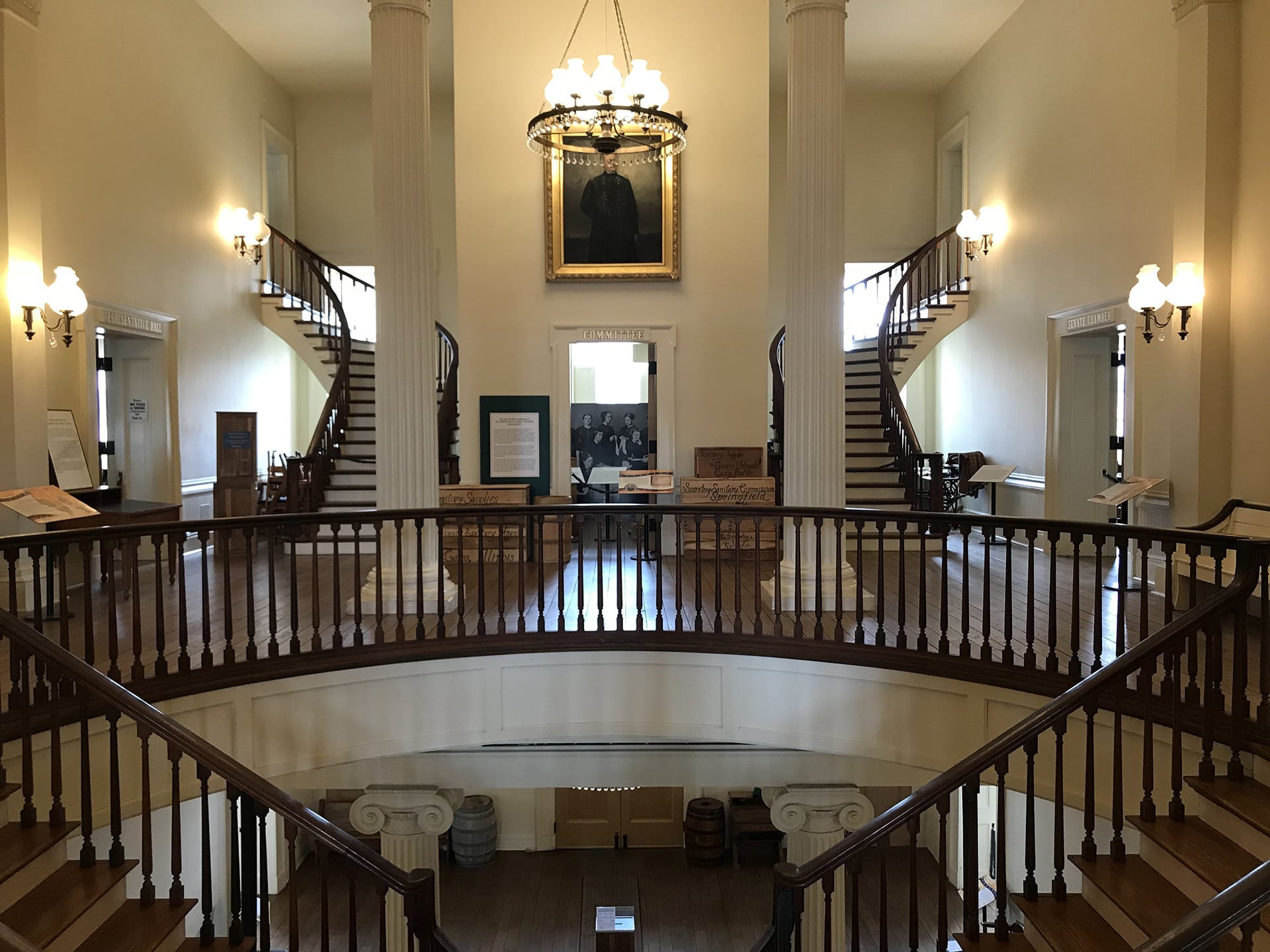 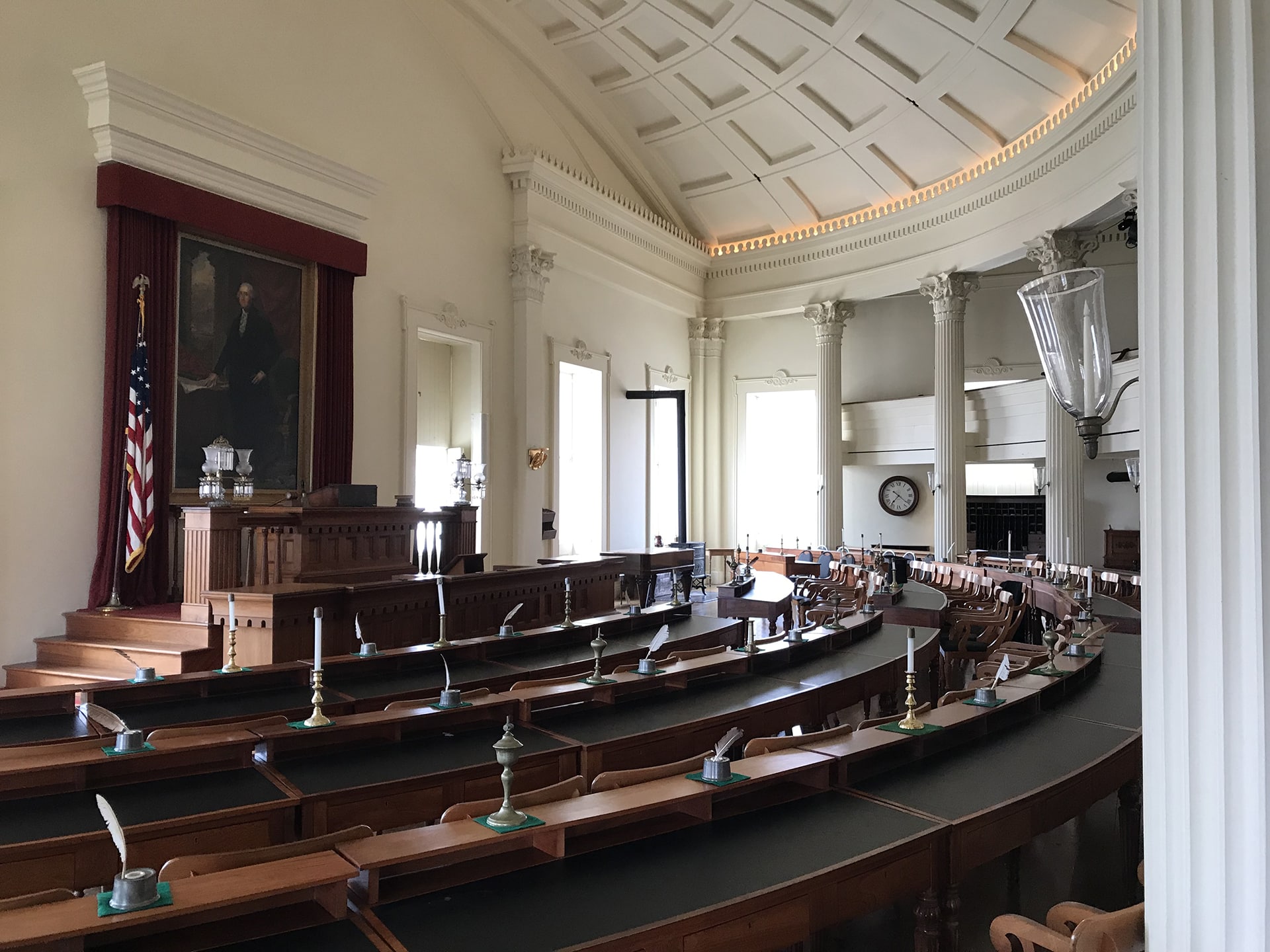 The Old State Capitol served as Illinois’ fifth state capitol building from 1837 – 1876.  Abraham Lincoln served as a State Legislator within the building and pleaded over 200 cases in the State Supreme Court Room.  In June of 1858, Lincoln accepted the nomination for Senator and made his famous “House Divided” speech on the Capitol’s front steps.  He made use of the Governor’s office for much of the 1860 Presidential campaign and in 1865, lay in state the night before his burial.  The Old State Capitol is also closely associated with Lincoln’s chief rival in the 1860 Presidential campaign, Stephen Douglas.  Douglas was a State Supreme Court Justice and at Lincoln’s request, his 1861 speech rallying support for the cause is credited with keeping southern Illinois within the Union.

Rapid population growth within Illinois after the Civil War required a new, larger Capitol. The present Capitol building began construction in 1867 and in 1869, the Old Capitol was sold to Sagamon county for use as their courthouse, although keeping State Capitol functions until the present Capitol was completed in 1876. By 1899, the need for additional office space was such that the County elevated the entire building to insert a new first floor below.

In 1962, the State of Illinois repurchased the Old State Capitol from Sagamon County with the intent to restore the building.  This restoration included the removal and preservation of the exterior stone and reconstruction of the interior to the original dimensions.  Further, two floors of office space were constructed below ground surrounded by underground parking, filling the balance of the site.

The current restoration project includes the replacement of the current 1960’s era standing seam metal roof, repairing the perimeter moat and waterproofing, and improving the buildings accessibility by replacing the building’s elevators, remodeling and expanding the existing restrooms, and providing an exterior ramp to one of the primary entrances to make the building comply with the Illinois Accessibility Code.   All design work will respect and maintain the building’s legacy and importance to the State of Illinois.