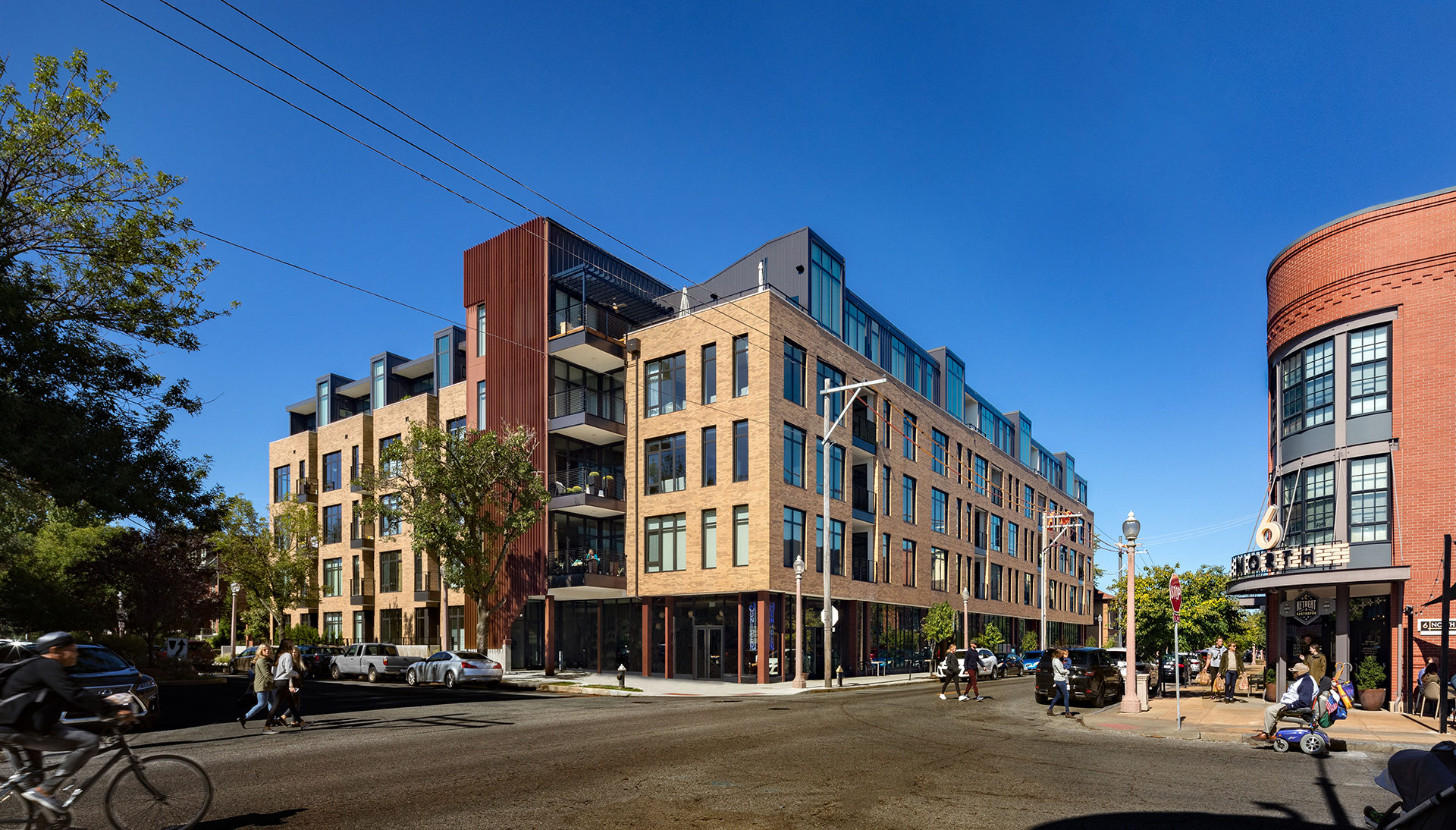 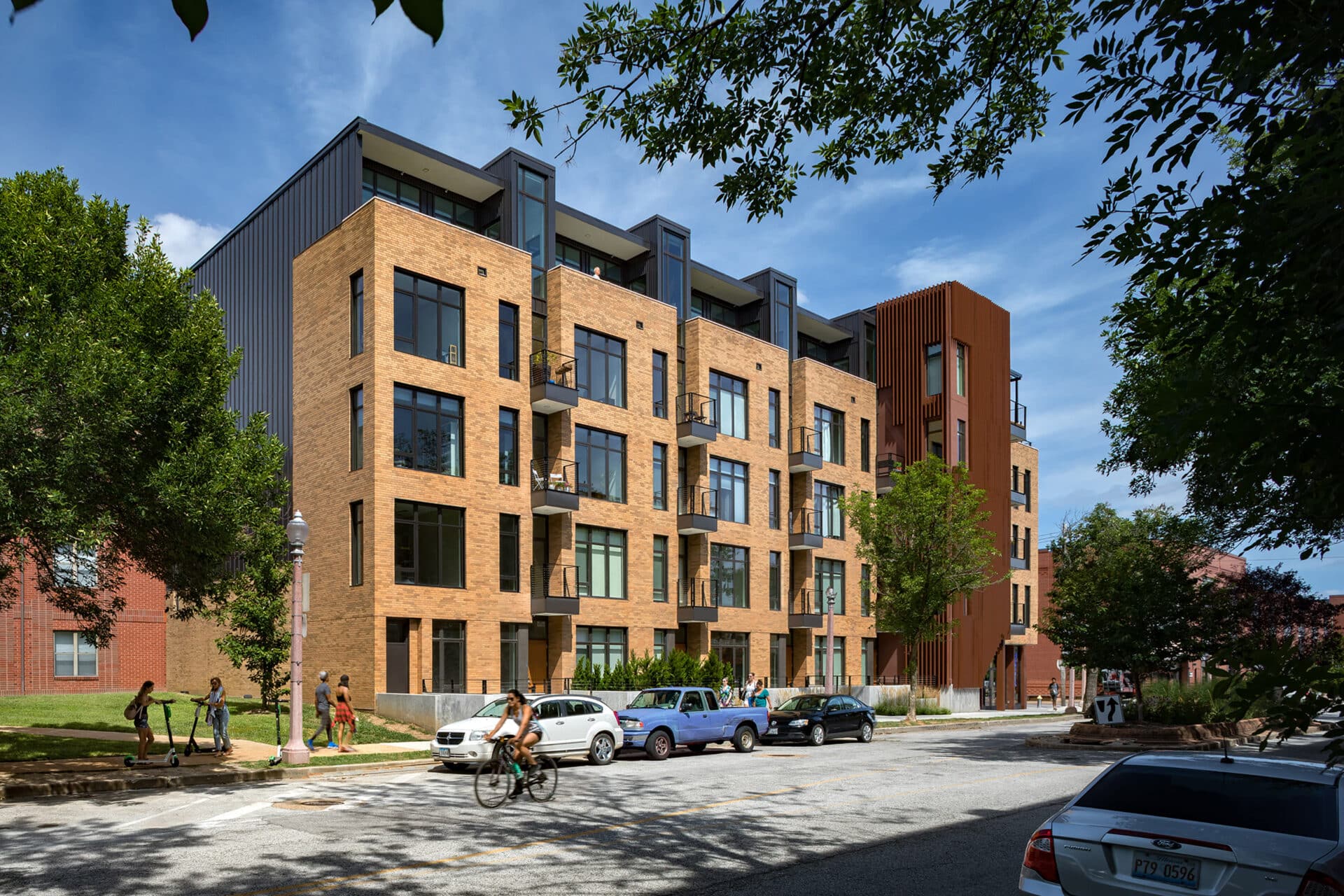 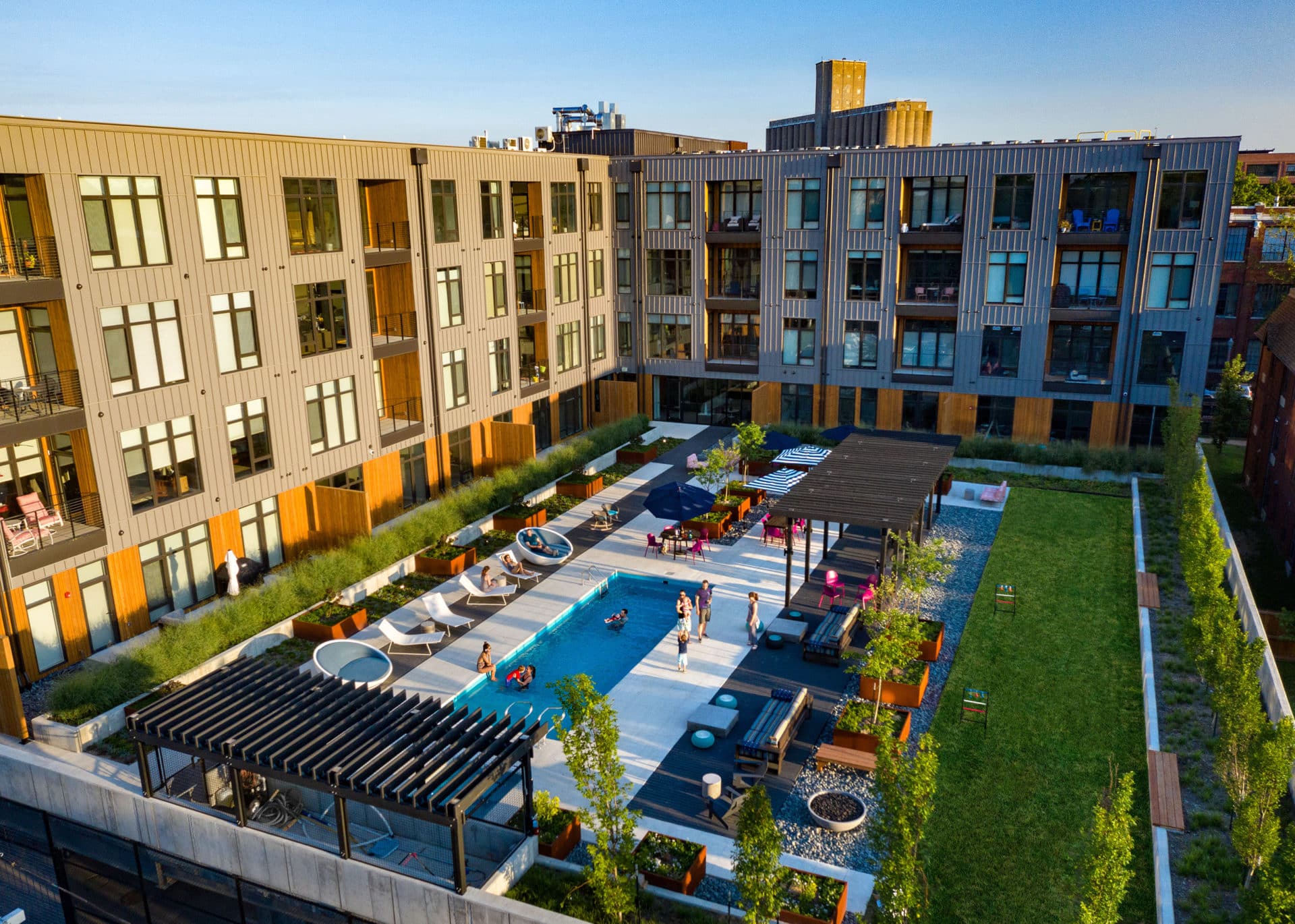 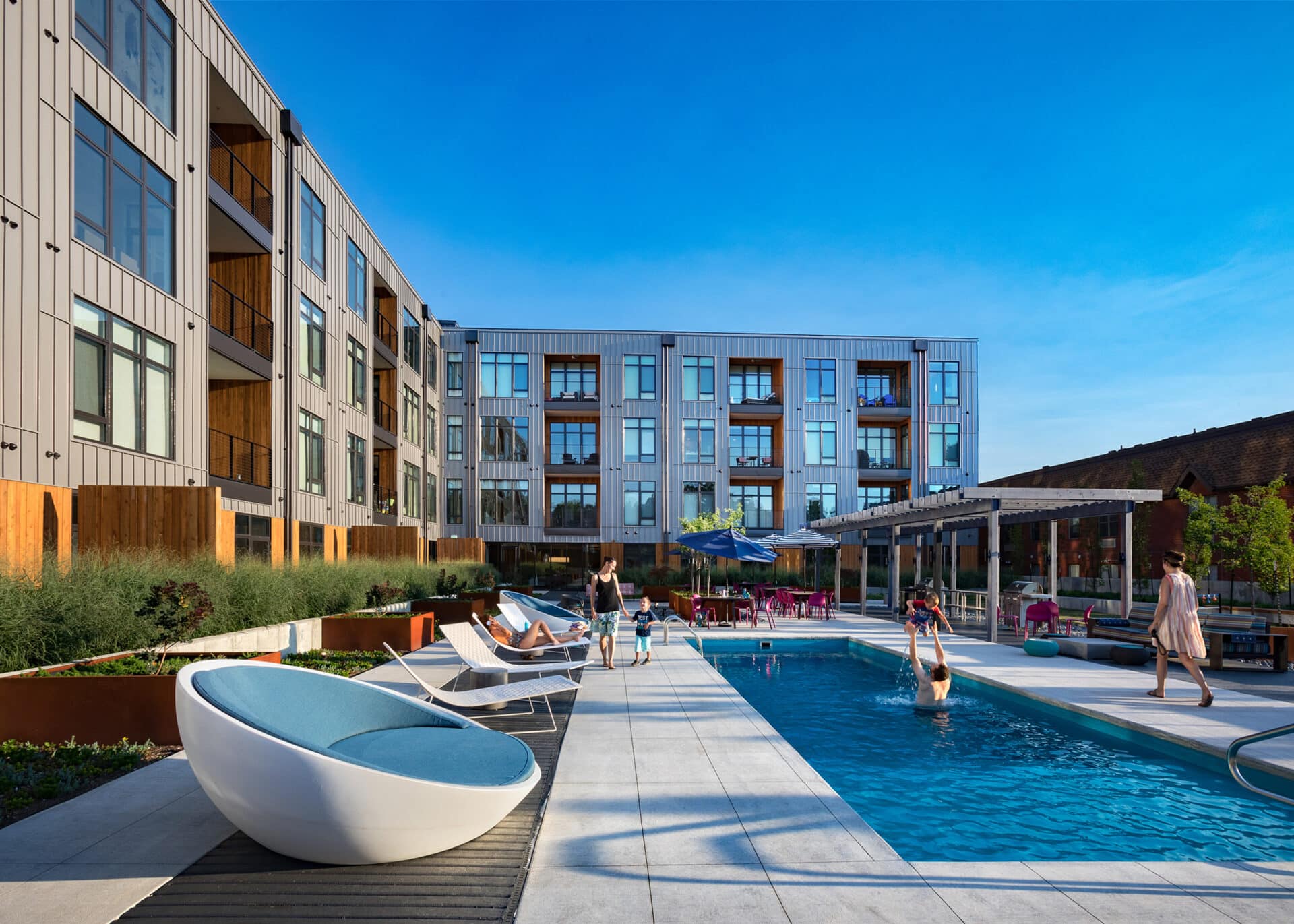 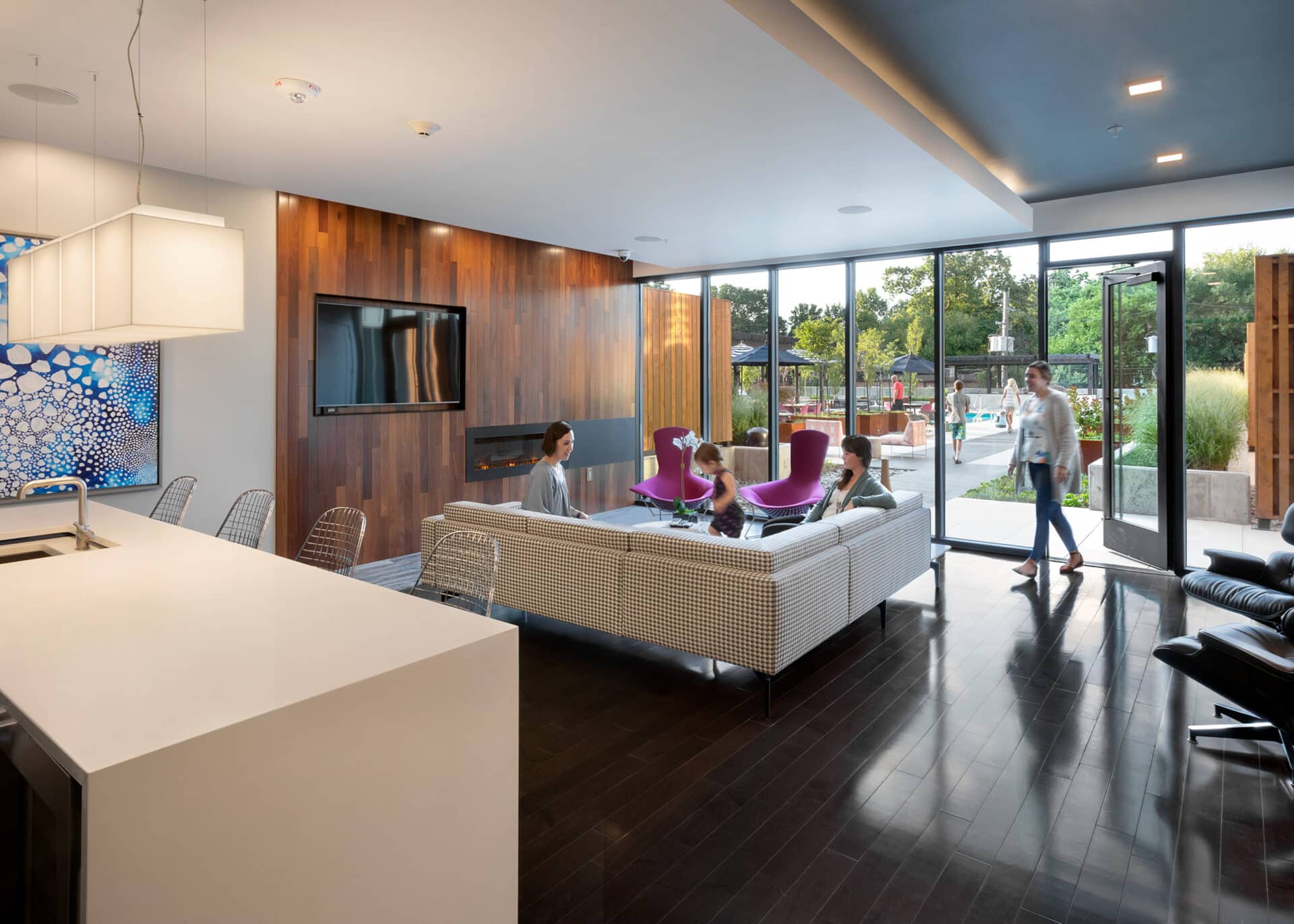 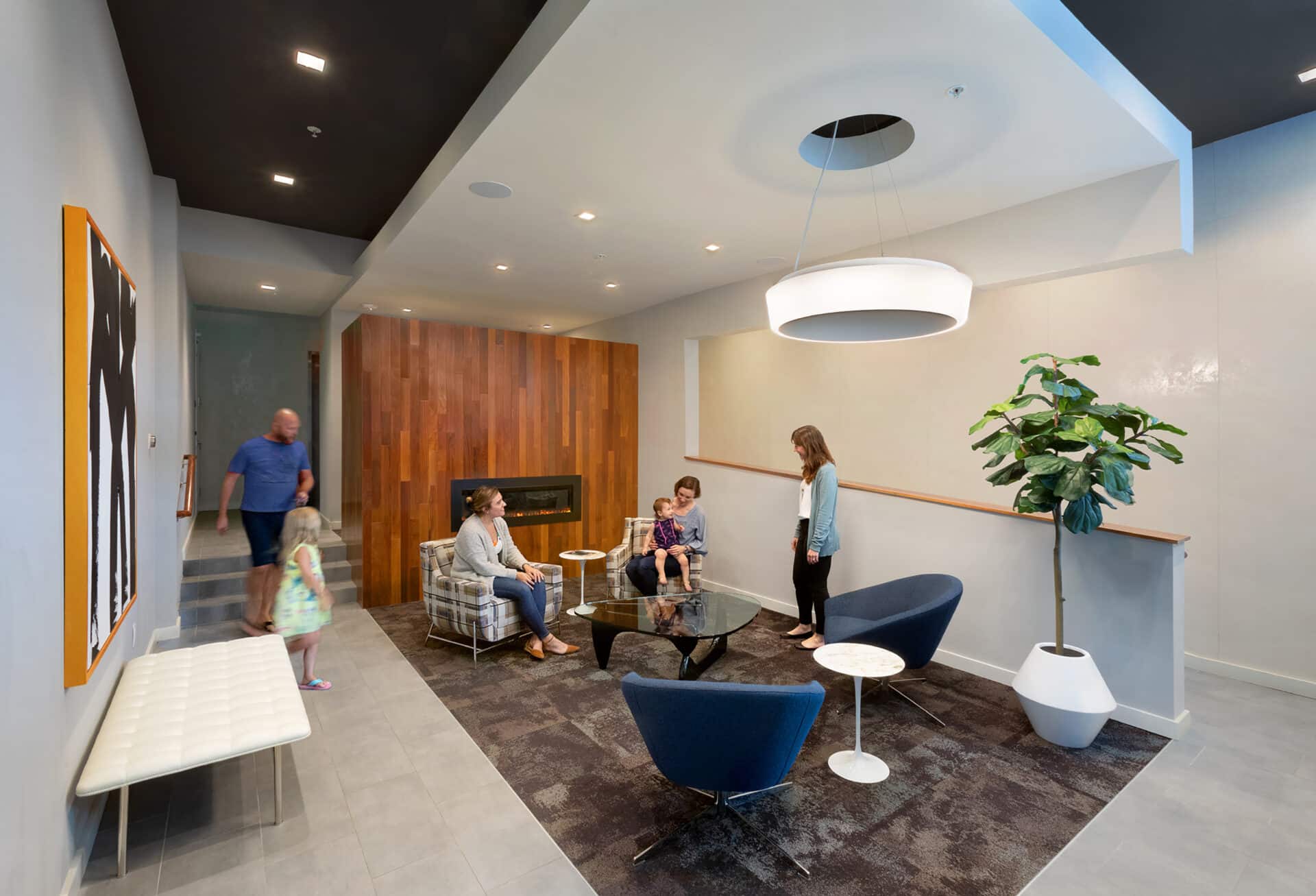 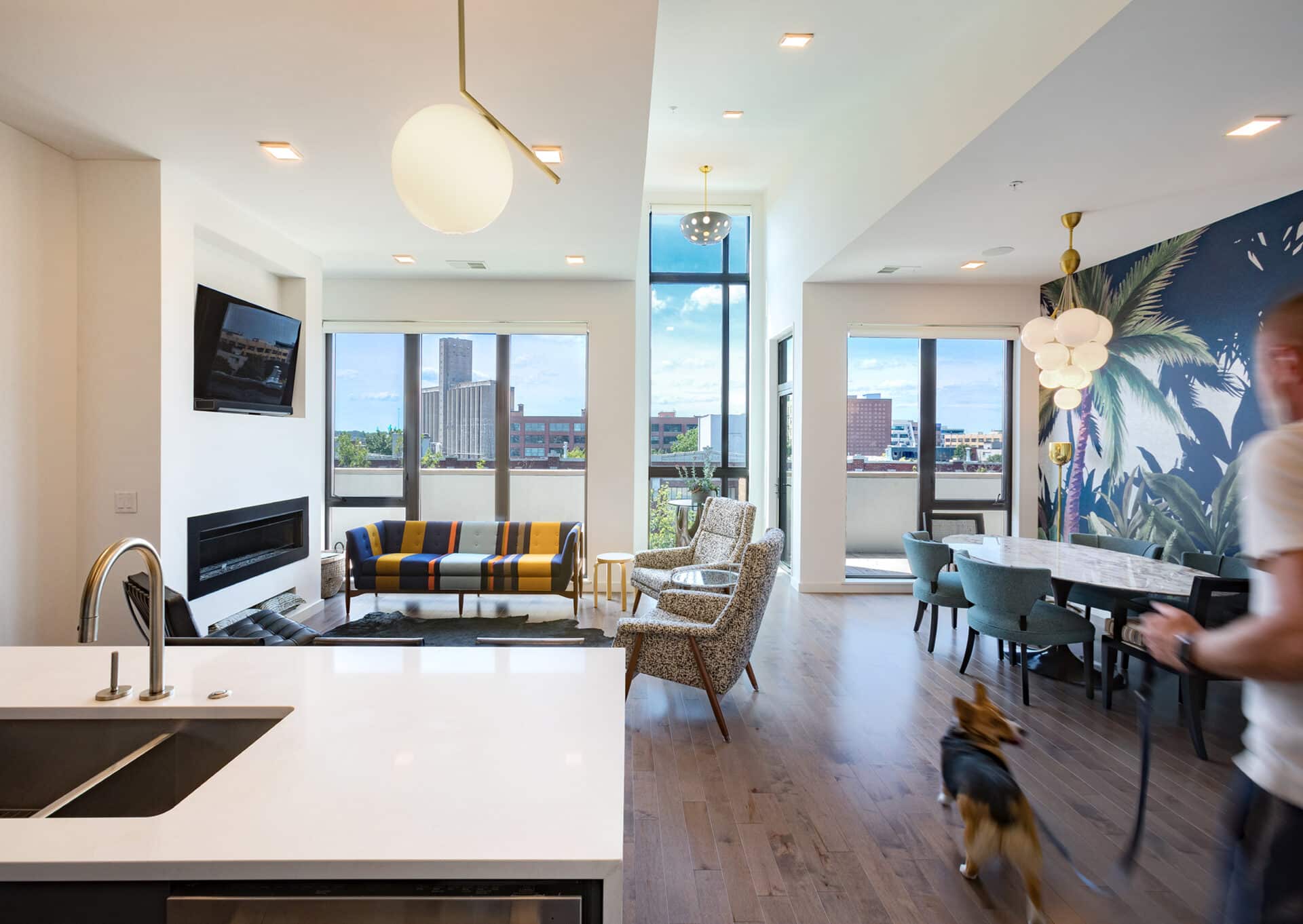 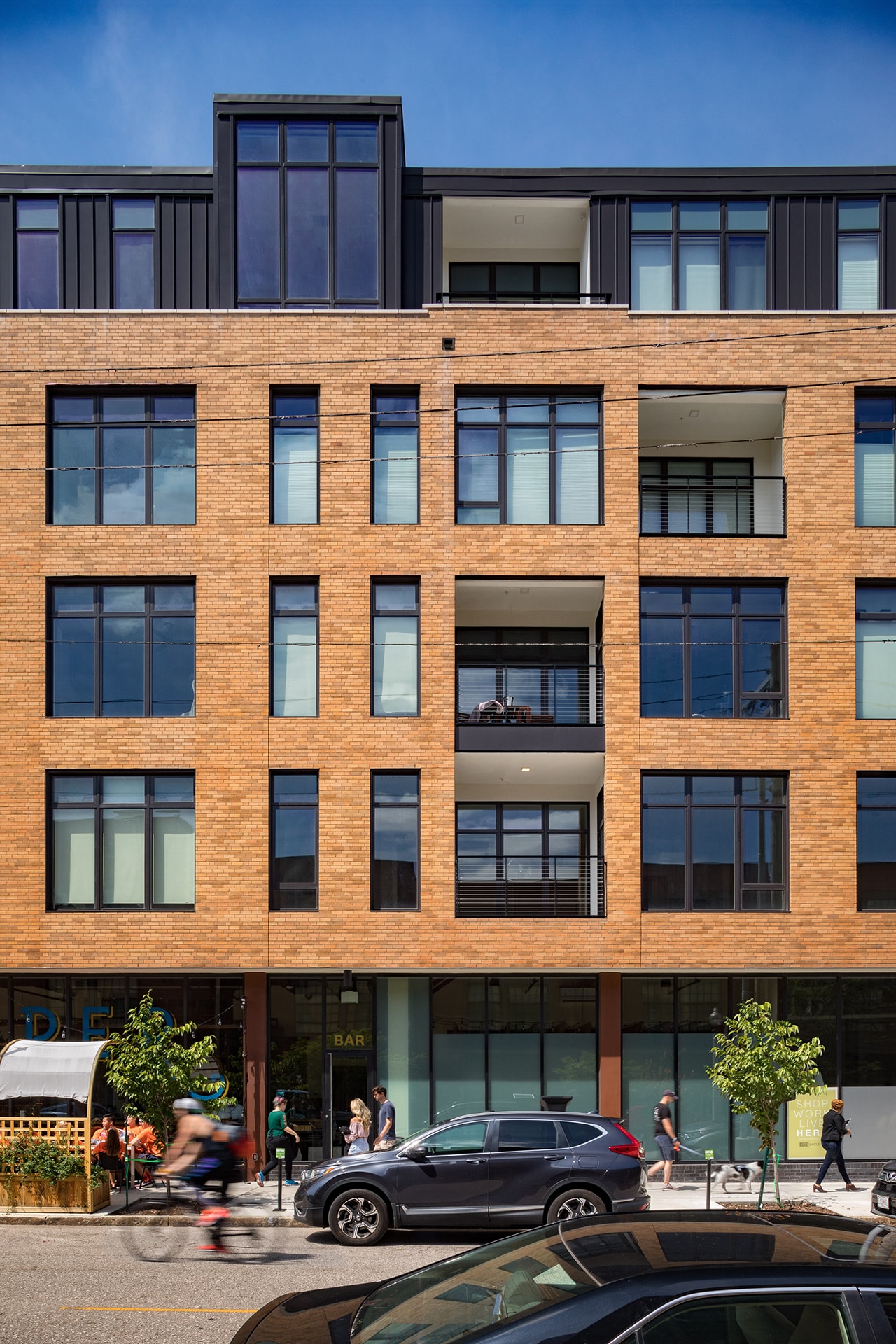 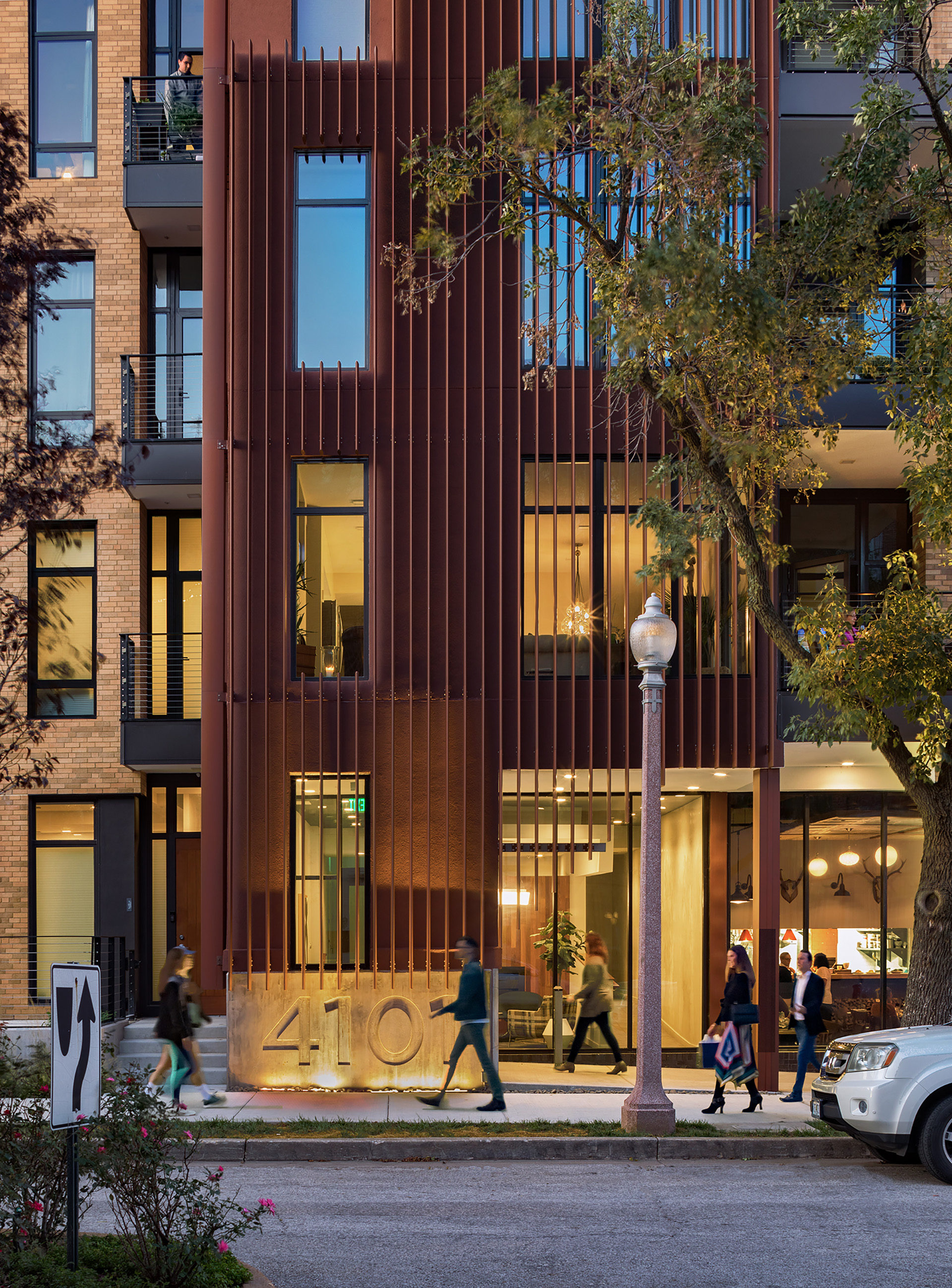 Critical to the early 20th Century St. Louis economy, manufacturing and industry located in the eastern portion of the City’s Central West End neighborhood has seen renewed life in the once vacant historic factories and warehouses into residential units and innovation facilities for technology start-ups. This added reuse and density has only added to the interest and richness intermixed with other early 20th century single and multi-family housing structures prevalent in the area.

As urban infill begins to transition any voids left in the urban fabric, looking to the City’s industrial past while creating an urban, mixed-use development is paramount to continuing the level of success for this part of the City while connecting the future to its rich past.

Sited at the intersection of the residential scale along Laclede Avenue to the west and the more vertical, industrial scale buildings along the more highly trafficked Sarah St. to the north and south, the building responds to balance this convergence of both building scales and use. The retail fronting the more active Sarah St. allows the rest of the structure to float above, creating a permeable and highly visible retail first floor.

On the upper residential floors, the building massing conveys this change in the traditional massing through its architecture and articulation while evoking a nod to the industrial nature of the industrial context, capped by metal clad monitor structures that rise from the rooftop. A screened “divider” element is used to help break the larger mass to the east from the more intimate townhome structures to the west along Laclede Avenue. The articulation utilizes large window openings, creating expansive views and an influx of light filled units.

In a traditionally red brick masonry City, this area of St. Louis has a relatively elevated use of yellow brick. Used far less commonly and was typically used in other structures to convey prominence and distinction in the traditional “red” fabric of the City. Utilizing a material palette of yellow brick, dark metal, and cor-ten steel to create the synthesis of an industrial past with a contemporary design for modern living makes for a rich, contemporary, and contextually grounded building.