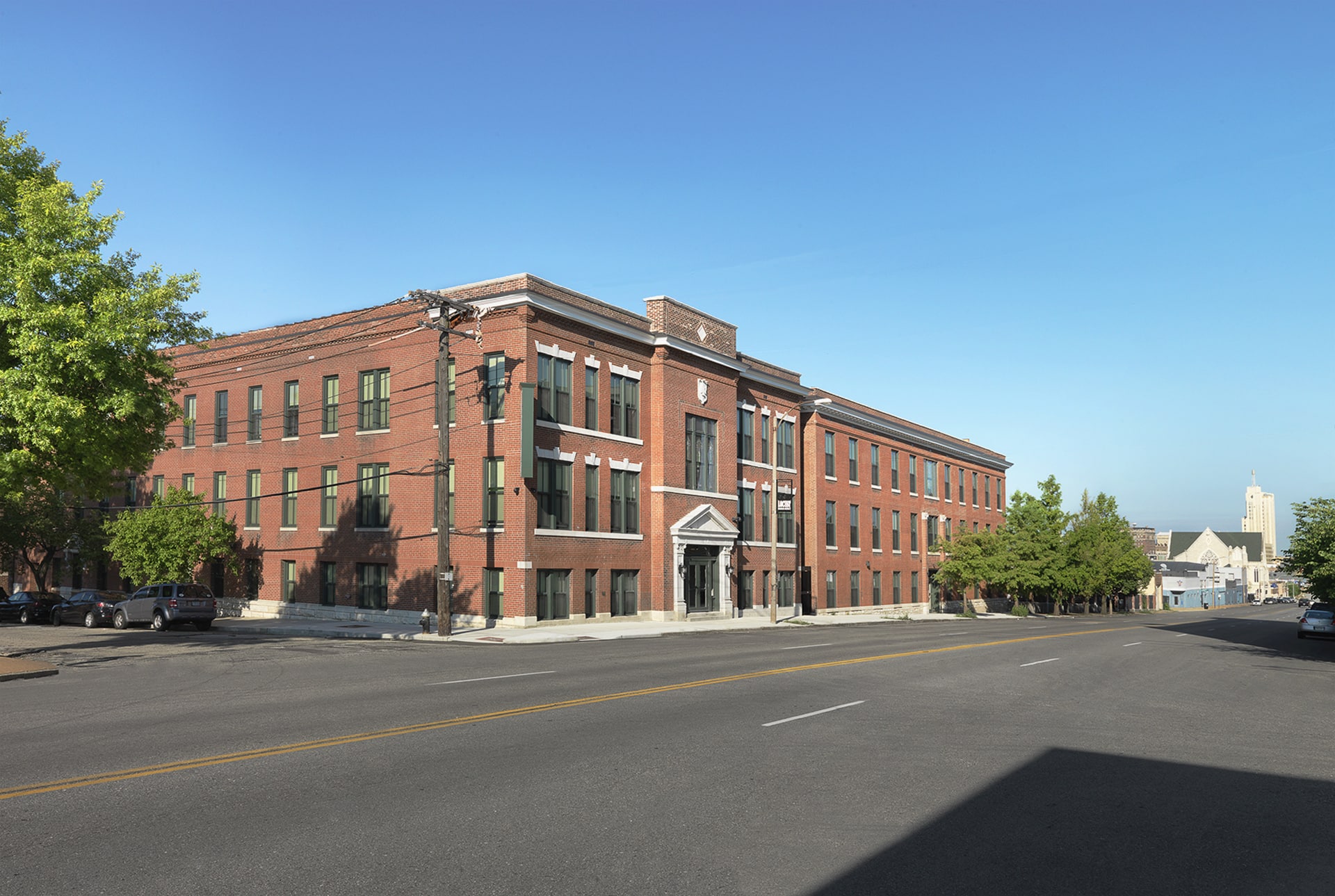 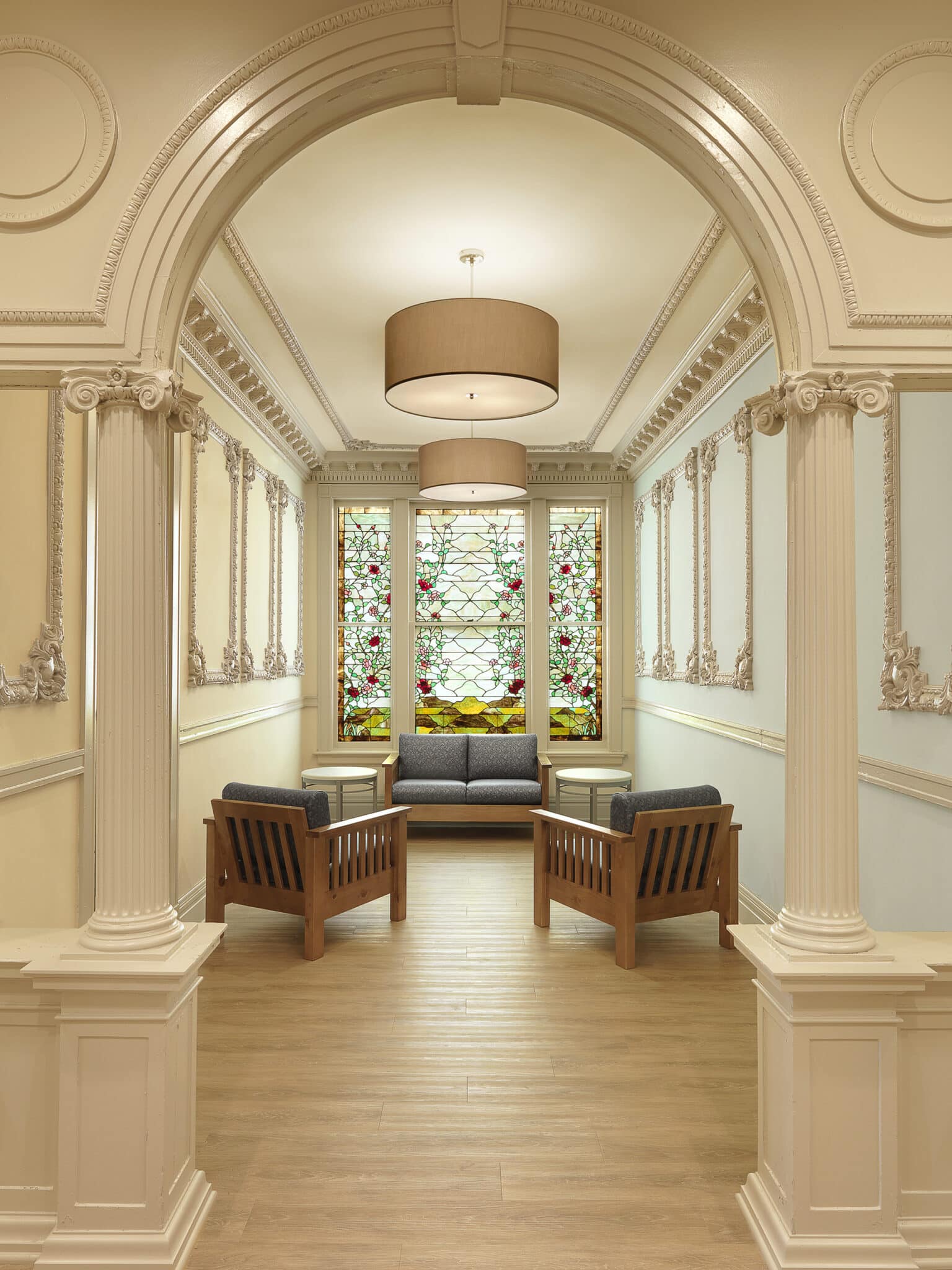 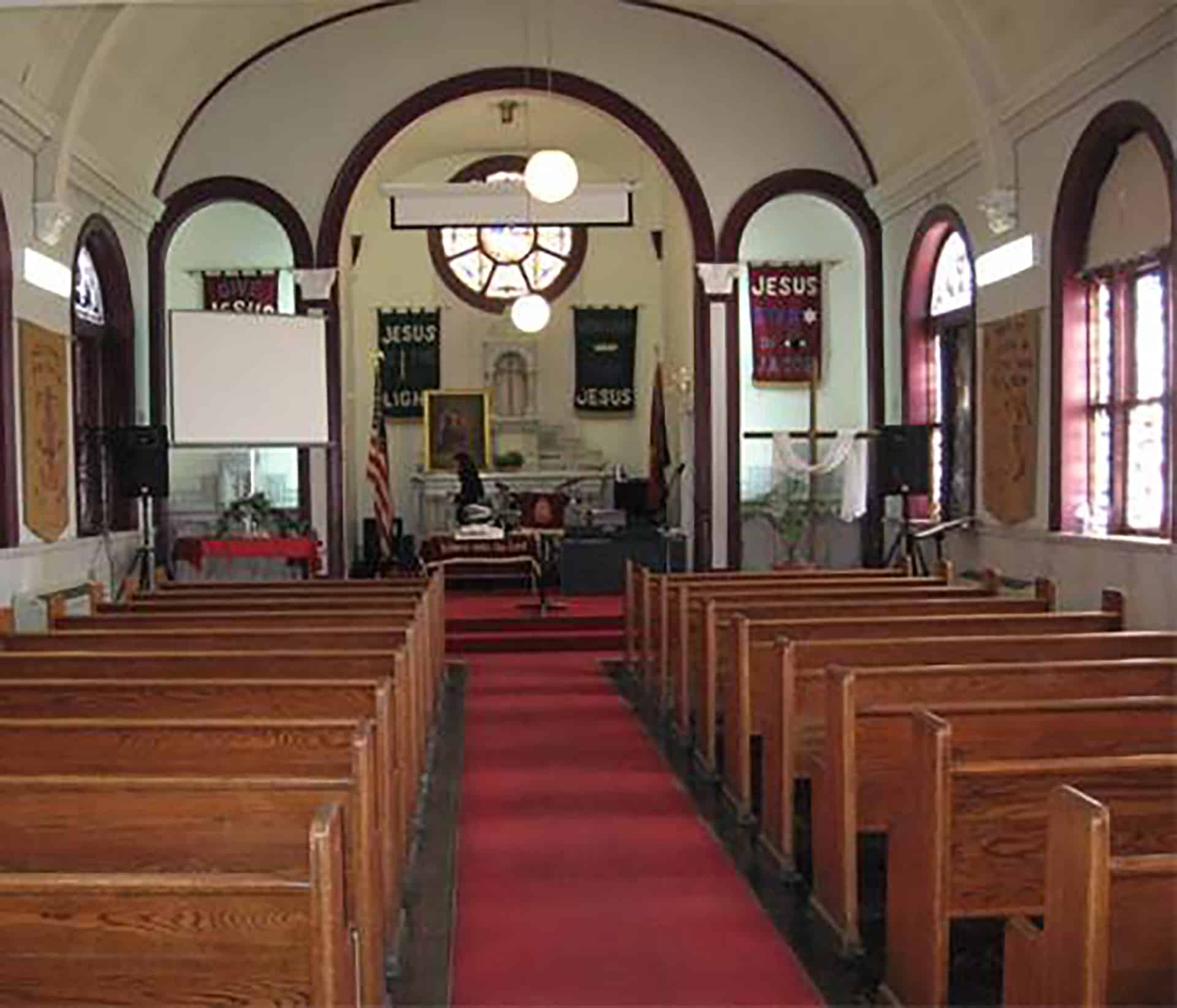 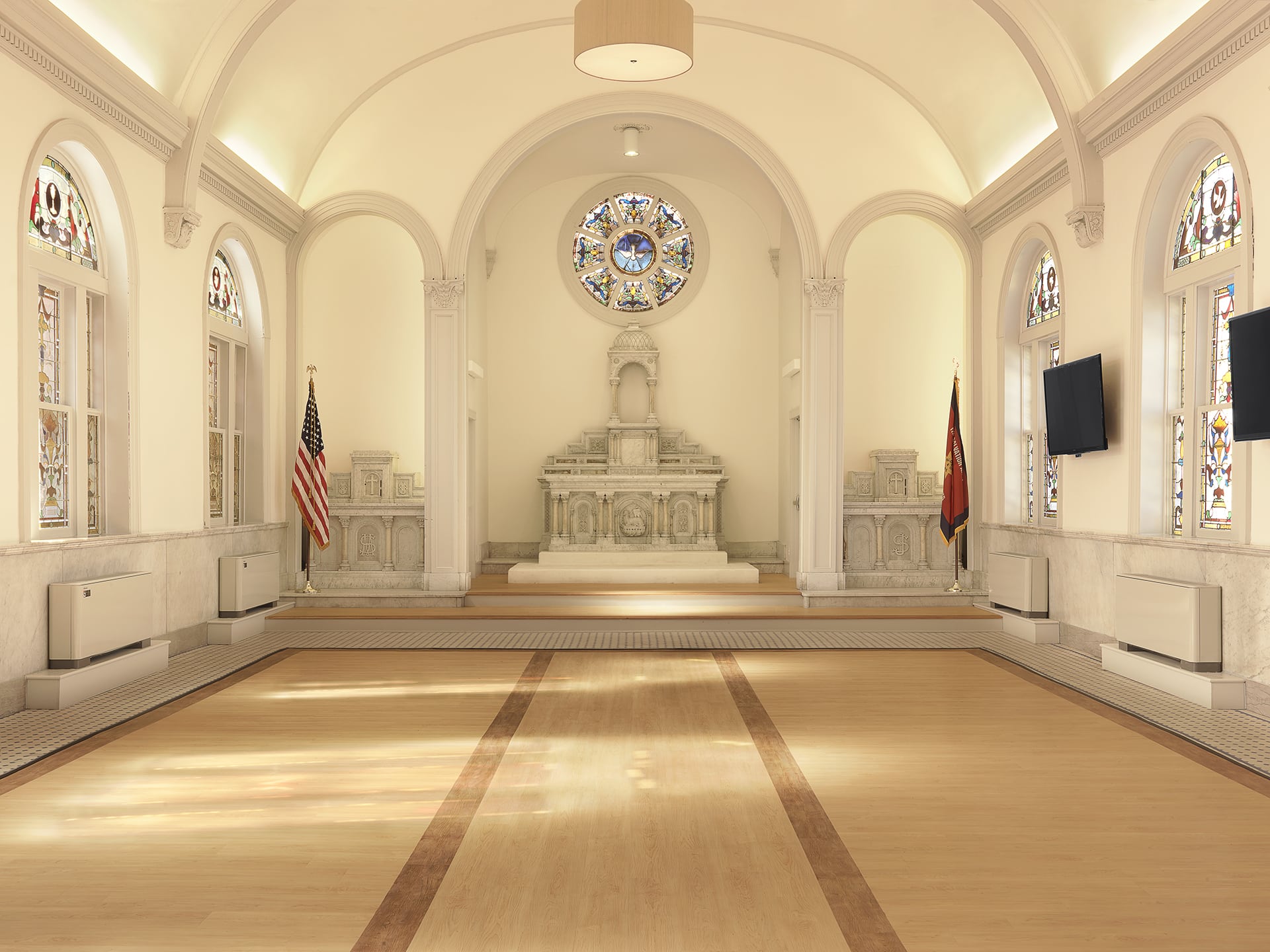 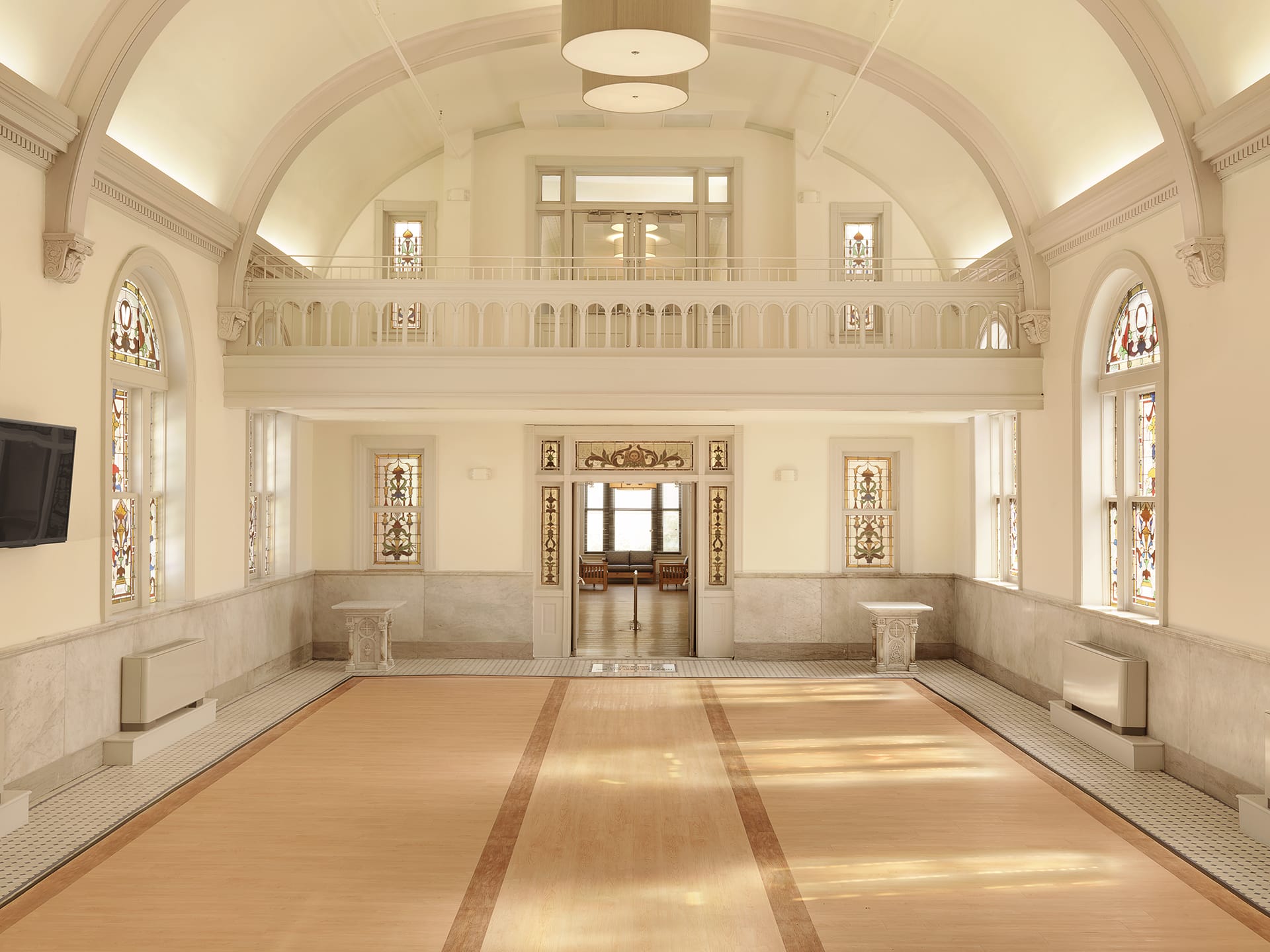 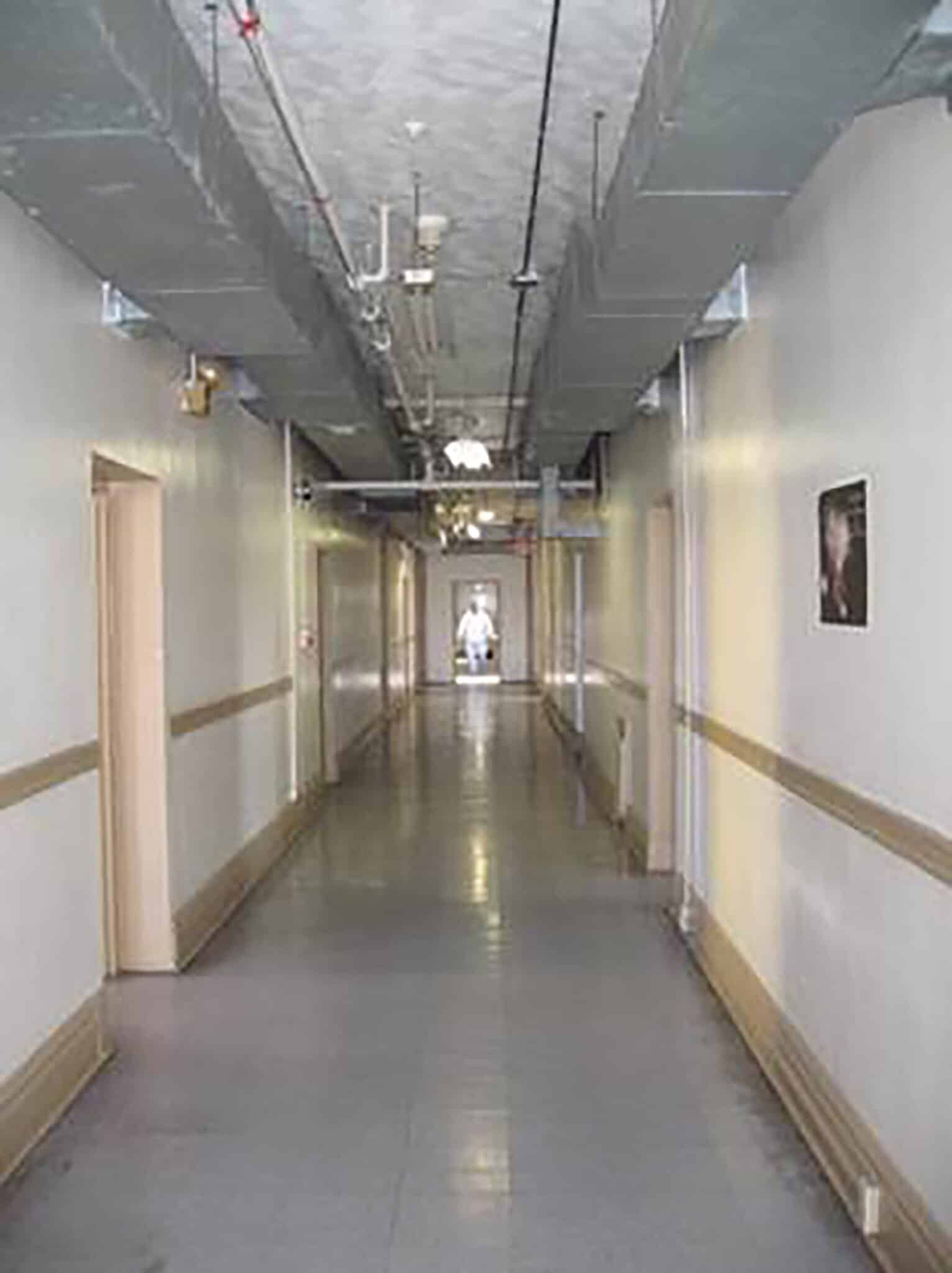 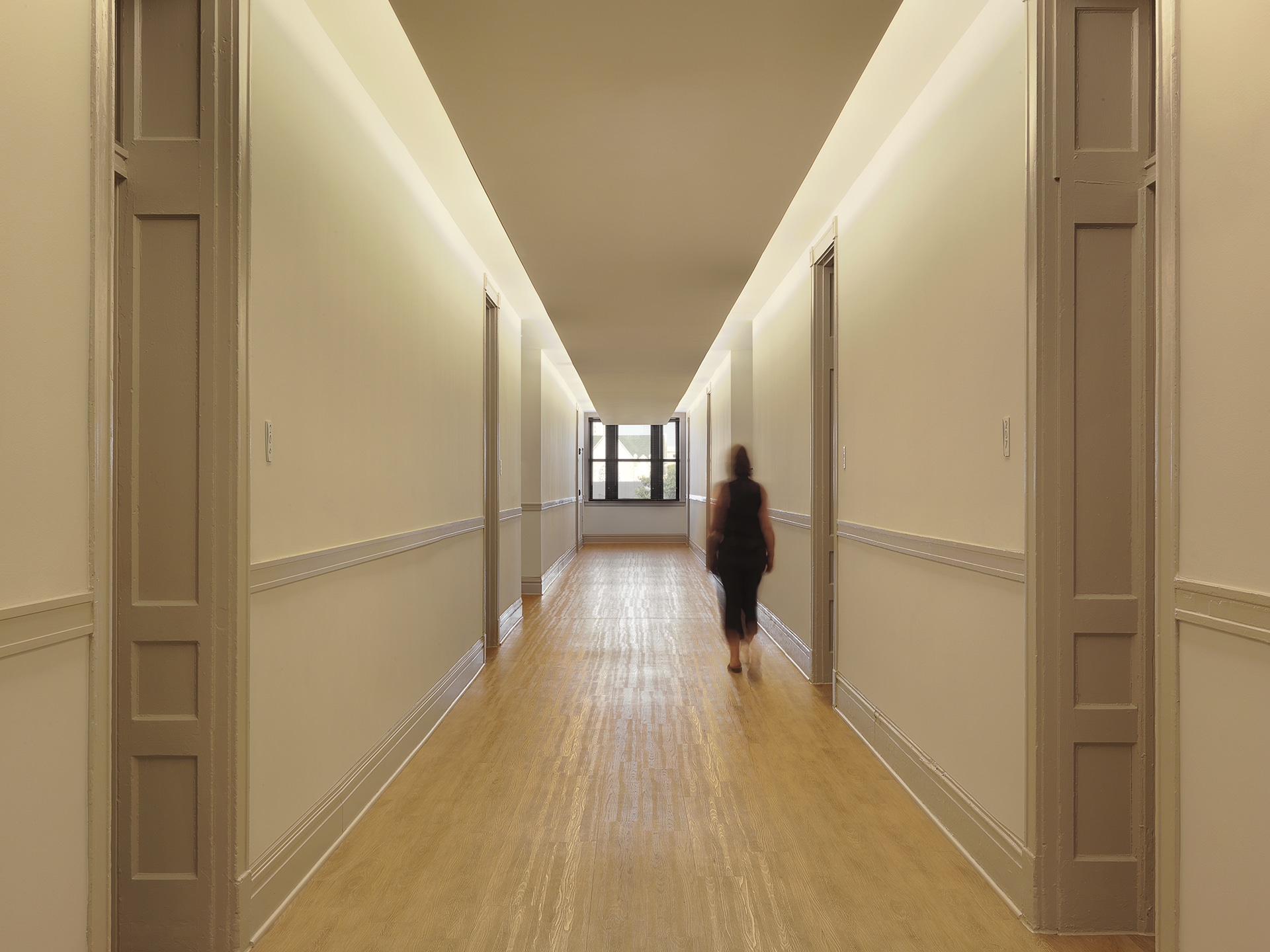 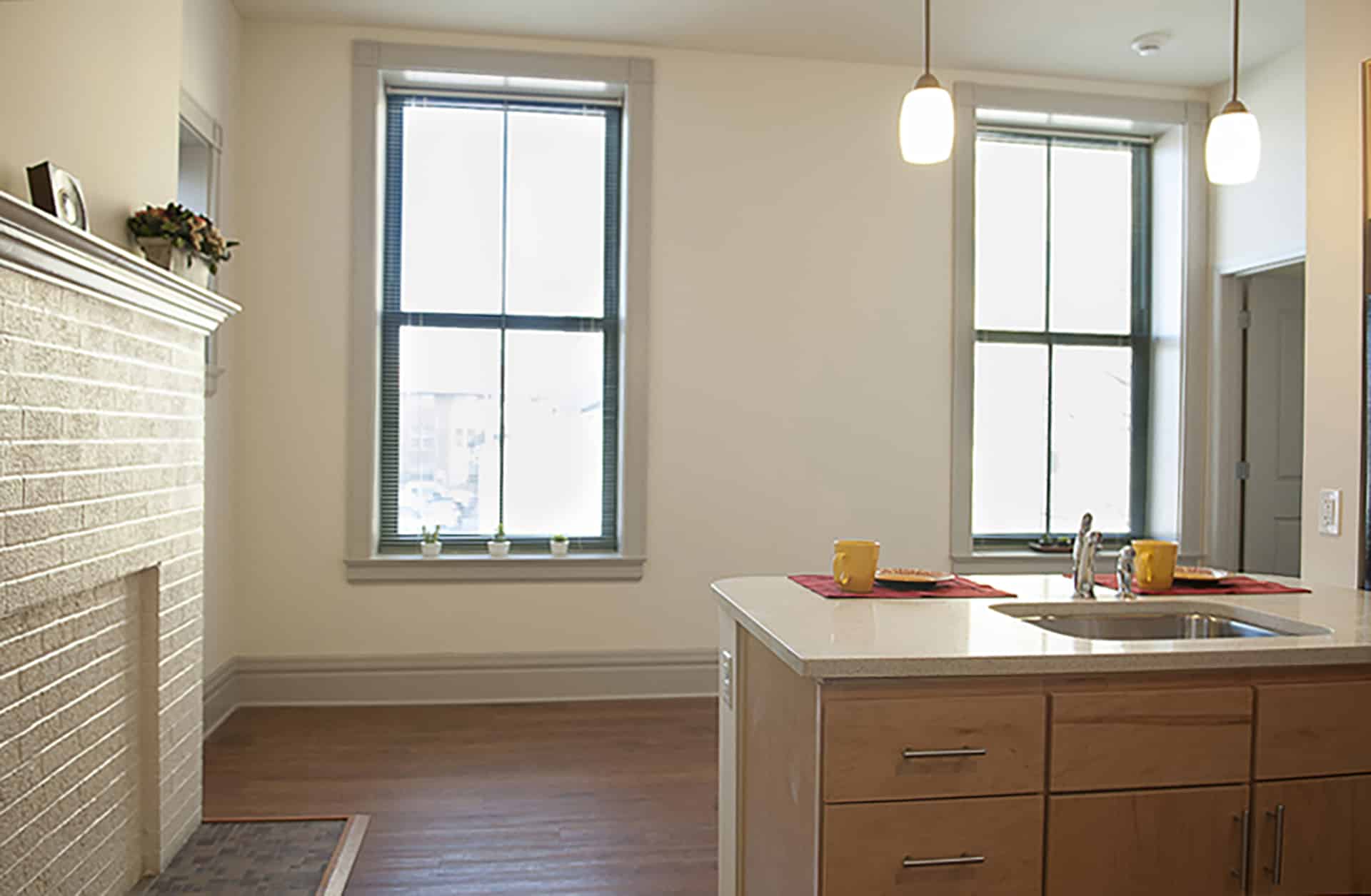 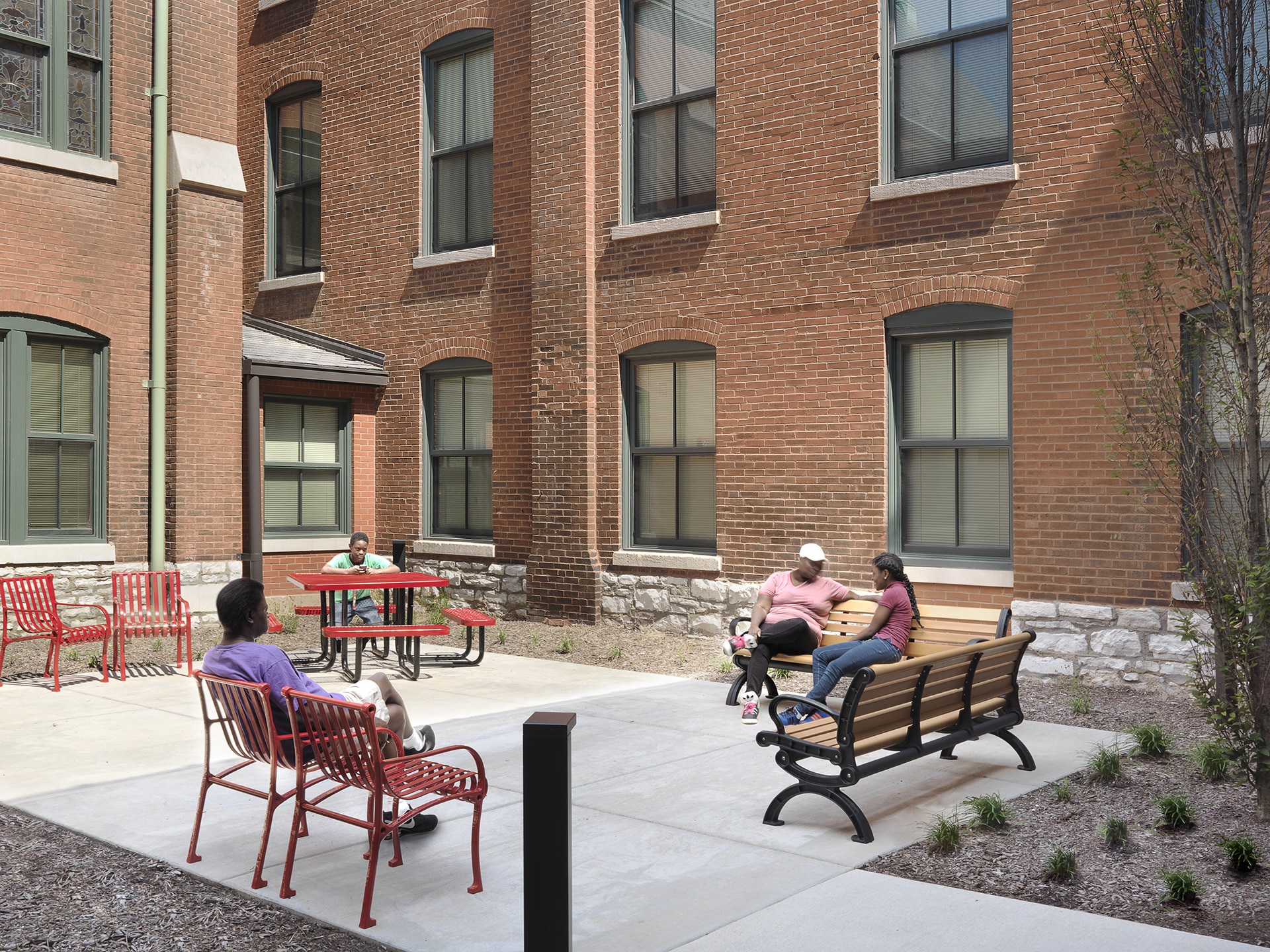 Originally constructed between 1907 and 1911 by Father P. J. Dunne as a home for the frequently homeless boys who sold newspapers on street corners across the City, the handsome building at 3010 Washington Avenue in Midtown has provided shelter and care to the homeless for more than 100 years. After Father Dunne’s News Boys’ Home and Protectorate closed in the mid-20th Century, the building was assumed by the Salvation Army, which transformed the building as the Harbor Light Center in 1970 to serve those affected by addiction, chronic homelessness and various disabilities. After more than forty years of intensive use, the building was once again in serious need of attention. Fortunately, its owners valued the historic architectural elements and decided to incorporate the building into an ambitious plan to transform surrounding blocks into a hub of services and innovative new facilities for serving many of the St. Louis’ most vulnerable residents.

The core of the 3010 Apartments historic rehab was the conversion of the barracks-like institutional housing into apartments for low to very low-income adult residents (veterans and the disabled, especially the homeless, were given preference). This was accomplished without drastically altering the interiors and special attention was given to protecting and enhancing historic elements.

The main entry and its broad staircase were restored along with the numerous stained glass windows (located in stairways, the chapel, the reception room and even in private apartments) were intricate restored and reinstalled recapturing their original vibrancy. The original hallways were retained along with the rhythm of historic millwork including chair rails and the slightly recessed wood panel doors with transoms that serve as entrances to many of the apartments. The chapel now serves as a meeting space and the reception room with its columns and elaborate plaster moldings was reopened and restored to reflect its original significance.

Collectively, these elements brought together to infuse new life into a building, bringing shelter and promise to those that reside within its walls and looking to infuse new energy into their own life.