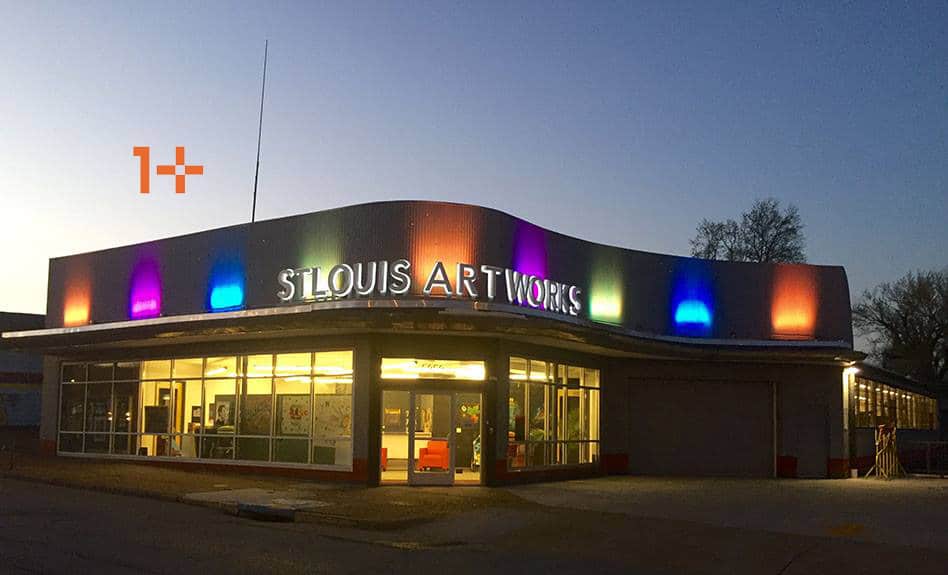 One Plus: St. Louis ArtWorks

My dad once told me that he became a civil engineer because he wanted to help make the world a better place to live. I’ve never forgotten that and have tried to use my career as an architect in the same way.

I initially heard about St. Louis ArtWorks (SLAW) from one of the other Principals at Trivers, Joel Fuoss. At the time, he was the Board Chair of the organization. I had been frustrated for years by the lack of awareness that some young people have about good opportunities; opportunities to be active in the community, opportunities to express themselves, opportunities to earn money, or opportunities to earn the respect of others. It has always been obvious to me that we’re all born into different situations, and that at an early age a little support and exposure to better opportunities is all some people need to really thrive.

I met Priscilla Block, the Executive Director of SLAW, while we were both participating in Leadership St. Louis. Our discussions led me to believe the organization provided much of what I mentioned above. The mission of St. Louis ArtWorks is to broaden educational and career opportunities for youth in the St. Louis Region through apprenticeships in the arts through community collaborations. They strive to create positive educational opportunities for youth through paid artist apprenticeships. While participating in the program, students also learn business and social skills through partnerships with professional artists in a variety of media. Eventually, Priscilla asked me to join their Board of Directors, and I gladly accepted.

When I joined the Board, one of the first issues to be dealt with was the need to find a new home for SLAW. At the time, they had space in the Centene Center for Arts and Education in Grand Center, as well as a satellite location in a storefront in the Old North neighborhood. Both were good locations, but the spaces were too small for the growing organization. Additionally, despite some synergy with the other arts organizations in Centene, SLAW’s program often didn’t fit in well. High school students who are creating art are sometimes noisy, and usually messy. With the end of the lease approaching, the Board made the decision to start the process of finding a new space.

People often talk about offering time, talent, and treasure to a worthy cause, and that is exactly what Joel and I decided to do. A committee was formed and we developed a program for the new space in order to better focus our search. In addition to the spatial requirements, which were easily understood, we also thought a lot about where this new home should be located. The main priorities included accessibility for the people who participate (near mass transit and geographically close), and visibility for the people who support the operation. The Delmar Loop area emerged as a strong candidate. When the building at 5959 Delmar became available, we realized it fit our program very well. It was being used only for storage and had been an industrial building throughout its life, but the large spaces, generous daylighting, and durable nature of the construction were perfect for SLAW activities. The Board and Priscilla moved quickly and a lease was negotiated. 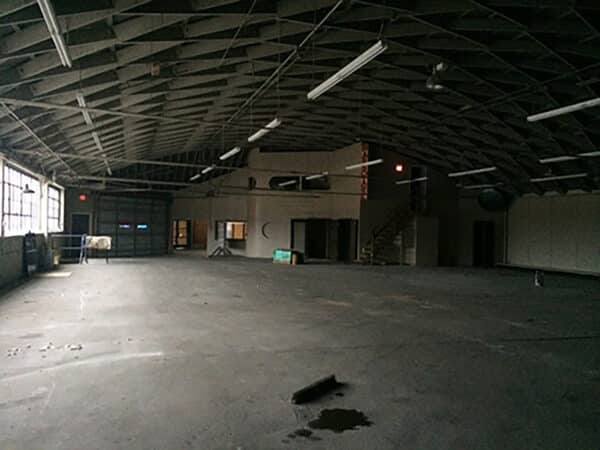 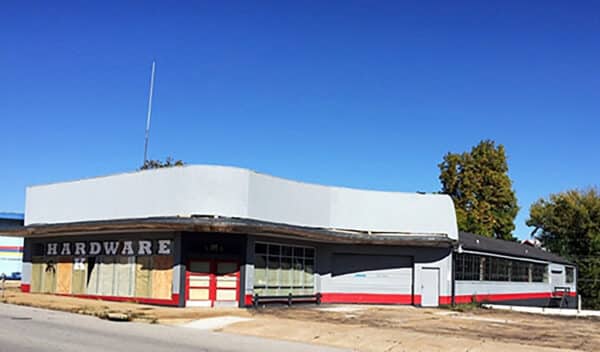 About this time Trivers joined “The 1%” (now known as “The 1+”) and committed to donating at least 1% of our time annually to non-profits that needed design expertise. We easily chose SLAW as our first recipient and completed the construction documents for the buildout of the new space at no cost to the organization. We assisted with bidding, applied for the permits, and negotiated the award of the project to Raineri Construction. They proved to be a tremendous ally by understanding the mission of the organization and by helping make what seemed to be an impossibly low budget work for the project. We relied on many favors, a lot of donated time – which included a lot of “sweat equity” from the Board – and donated materials to get the project done. There was also a “Hard-Hat Breakfast” fundraiser during the construction process that raised additional, much needed, funds. 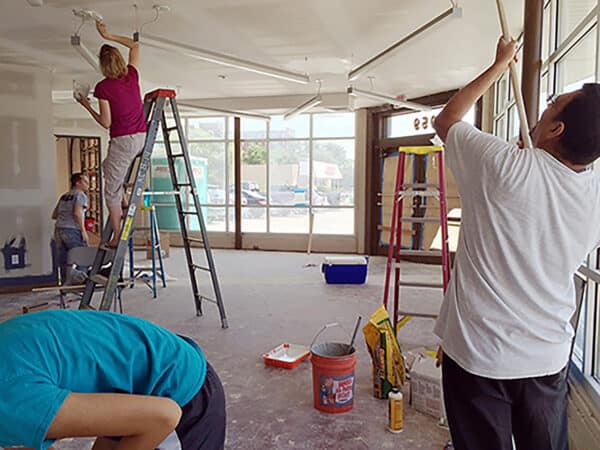 Board Members and their families pitched in to help paint

Today SLAW has a new home and continues to expand their programs allowing more young people to have the opportunities they deserve. In November 2016, St. Louis ArtWorks received the 2016 National Arts and Humanities Youth Program Award, which was given during a special ceremony hosted by then First Lady Michelle Obama. This well-deserved award is the product of St. Louis ArtWorks’ continued commitment to growing their programs and empowering youth through the arts. 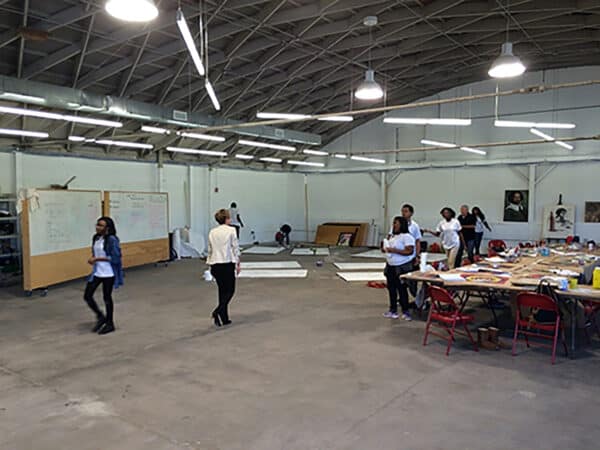 Apprentices working in the new space 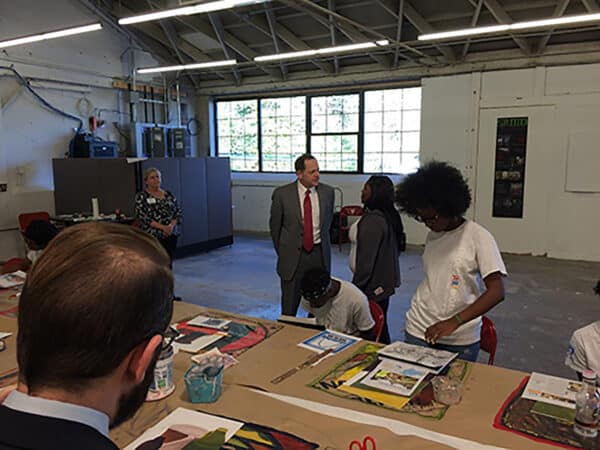 As the pilot project for our 1+ commitment, I can’t think of better outcome. We are actively considering our next endeavor and look forward to hearing all the great stories from the alums of St. Louis ArtWorks. You can learn more about SLAW by visiting their website.