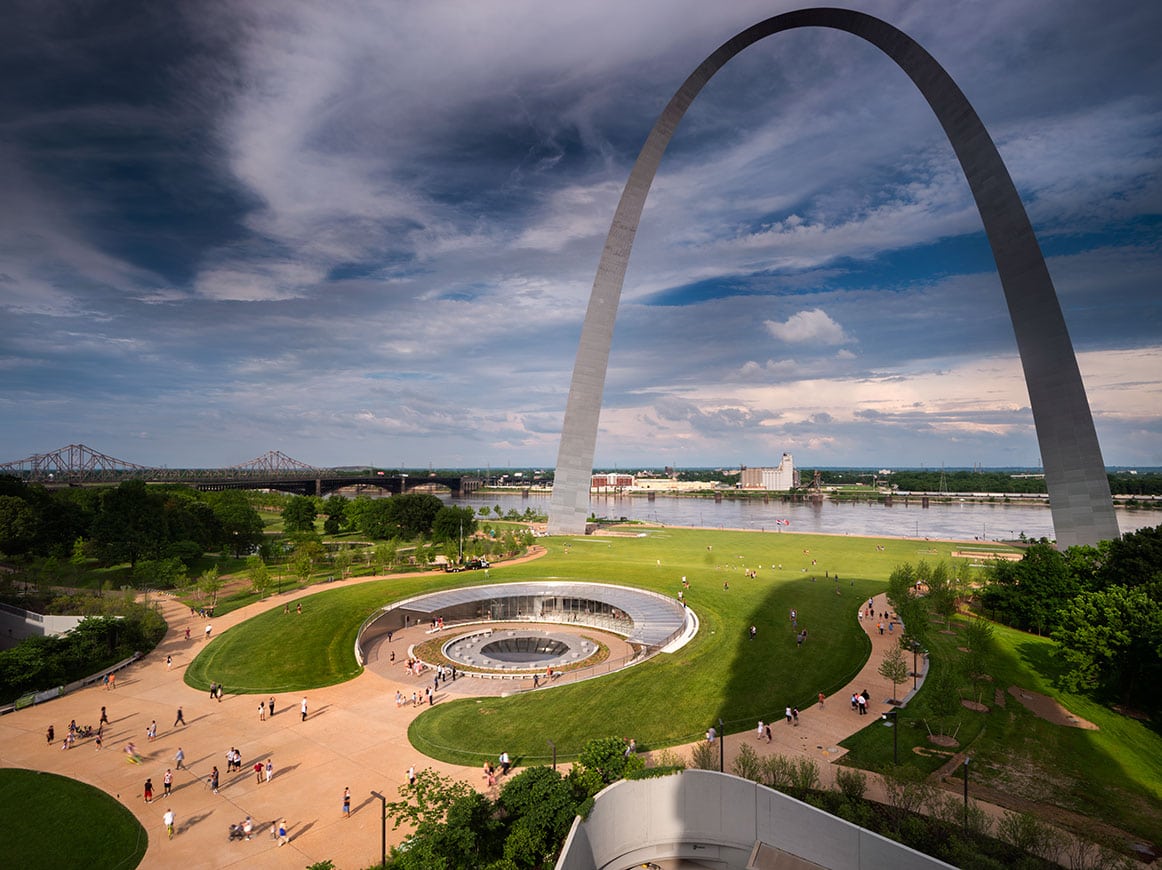 Excerpt from article featured in The Architect’s Newspaper

The intensive revamp of the landscape and museum under the St. Louis Gateway Arch is finally complete and open to the public, capping an eight-year process just in time for the July 4 holiday.

Lack of accessibility and awareness have historically been major issues in attracting visitors to the museum. The museum sits at the base of Eero Saarinen’s soaring gateway to the American west, which was originally envisioned as both a tribute to westward expansion and as a way to clear low-income waterfront property. Gullivar Shepard, Principal of Michael Van Valkenburgh Associates (MVVA), which has been handling the redesign of the landscape beneath the arch since 2010, said: “Eighty percent of visitors don’t even know there’s a museum underneath the arch.”

That’s changed radically since the CityArchRiver Foundation (now the Gateway Arch Park Foundation) kicked off a competition in 2010 to re-envision the campus while respecting Saarinen’s and the original landscape architect Dan Kiley’s vision for the 91-acre park. The completed museum now takes center stage beneath the arch and acts as a link between the Old Courthouse and the recently covered Interstate 44 to the west, and the Mississippi River to the east.