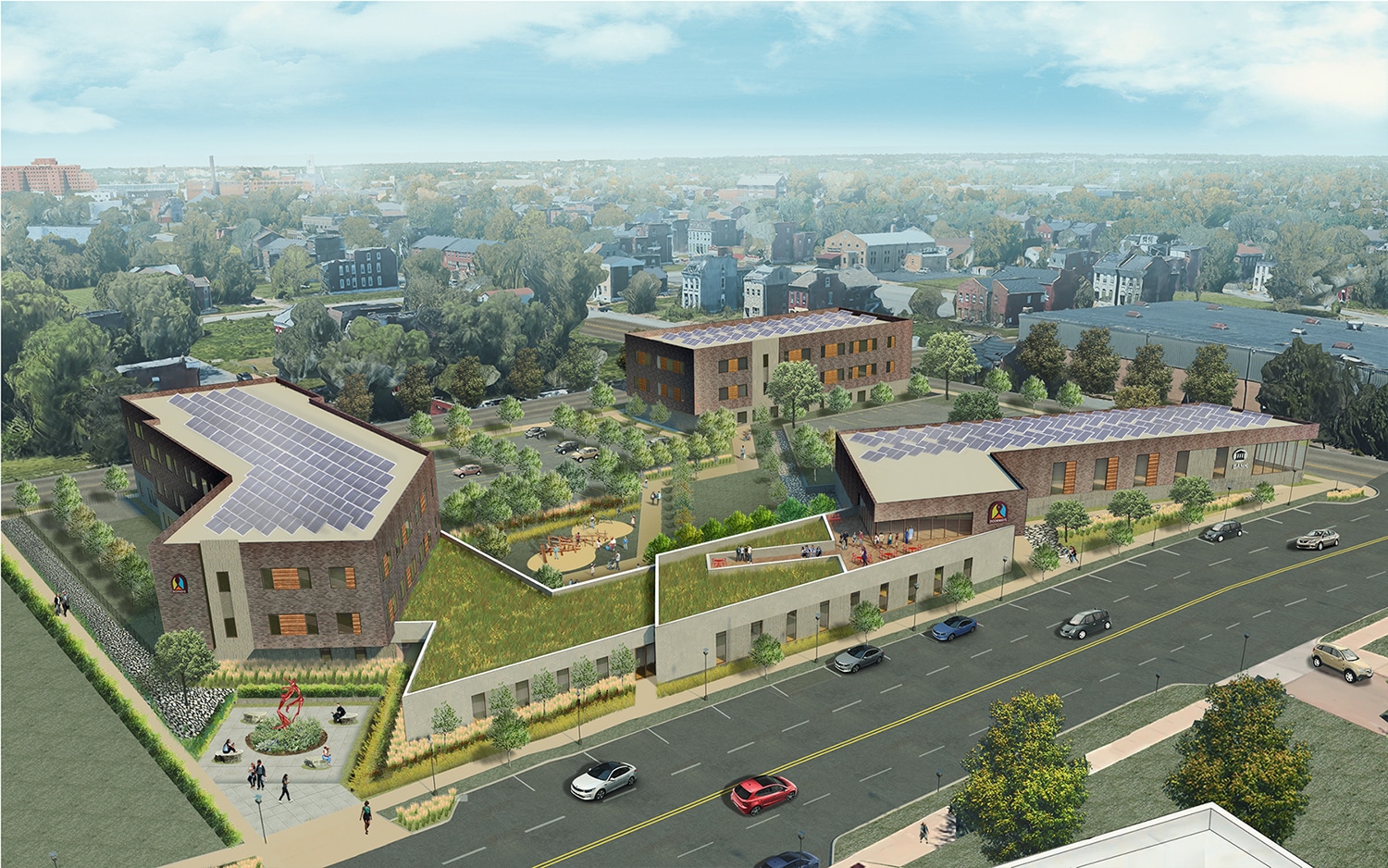 Excerpt from article featured in the St. Louis Post-Dispatch

Doorways, an interfaith nonprofit that provides housing services for people living with HIV/AIDS, plans to build a $7 million, 50-apartment campus in the Jeff-Vander-Lou neighborhood.

“This campus will give us a new headquarters in addition to 50 new housing units in the first phase,” said Doorways President and CEO Opal Jones.

Doorways has already acquired most of the land – about 4.6 acres of mostly vacant real estate at Gamble and Stoddard streets – just northwest of the intersection of Martin Luther King Boulevard and Jefferson Avenue.  She said Doorways hopes to begin construction by October and complete it by the end of next year.

The organization, formed in 1988 and currently based out of a building at 4385 Maryland Avenue in the Central West End, owns and operates seven apartment buildings with 103 units around the city.  It provides housing for clients unable to live independently, as well as rent and utility assistance to people struggling to make ends meet.  Its client list has doubled in the past six years to over 3,000, Jones said.

Trivers is honored to be working with Doorways to help fulfill their mission.