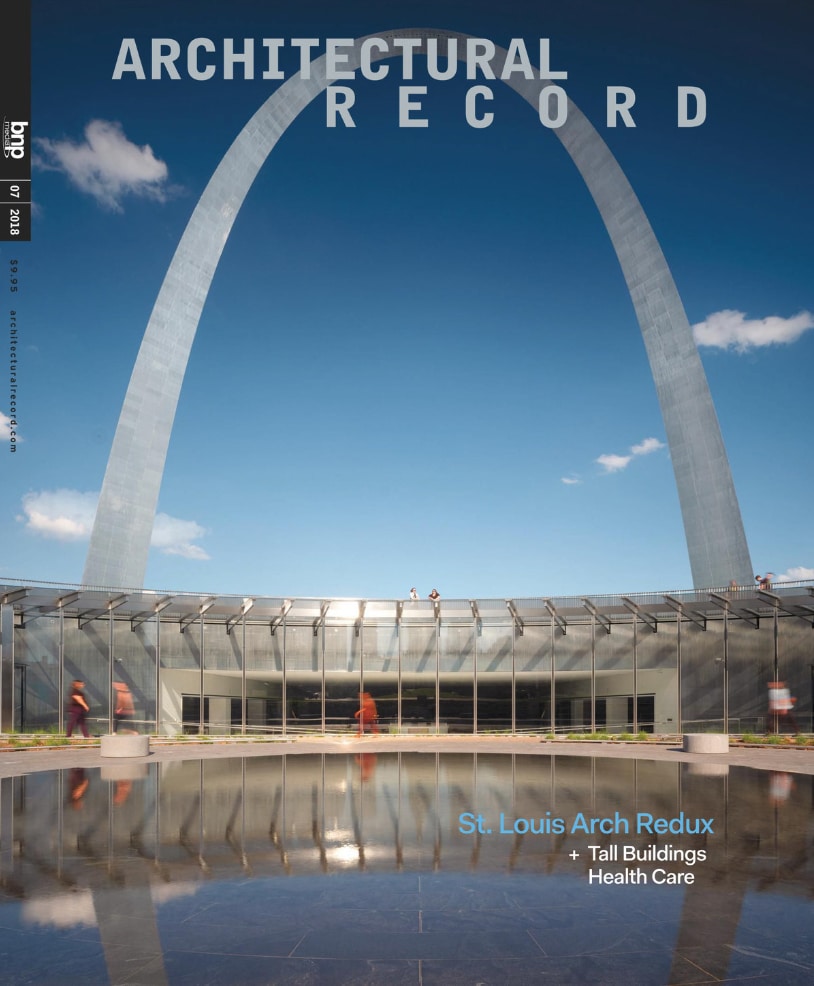 It’s one of the most recognizable structures in the world and a national historic landmark, yet the true vision for the Gateway Arch in St. Louis was never fully realized. Eero Saarinen’s simple but brilliant design created a breathtaking stainless-steel catenary arch that soars 630 feet above the Mississippi River, but the final scheme at ground level left much to be desired. Saarinen died long before the project was completed in 1967—nearly 20 years after he emerged from behind the shadow of his famous father, Eliel, with his competition-winning entry for a memorial to commemorate westward expansion. The landscape architect Dan Kiley, a close collaborator of Saarinen’s on the project for years, was let go from the team not long after Saarinen’s death in 1961. “The monument was supposed to represent a gateway to discovery; instead, they surrounded it in concrete,” says Walter Metcalfe, a prominent St. Louisan who, as former chairman of CityArchRiver (now Gateway Arch Park Foundation), launched the 2010 competition to redesign the Arch grounds and raised money for their rebuilding.