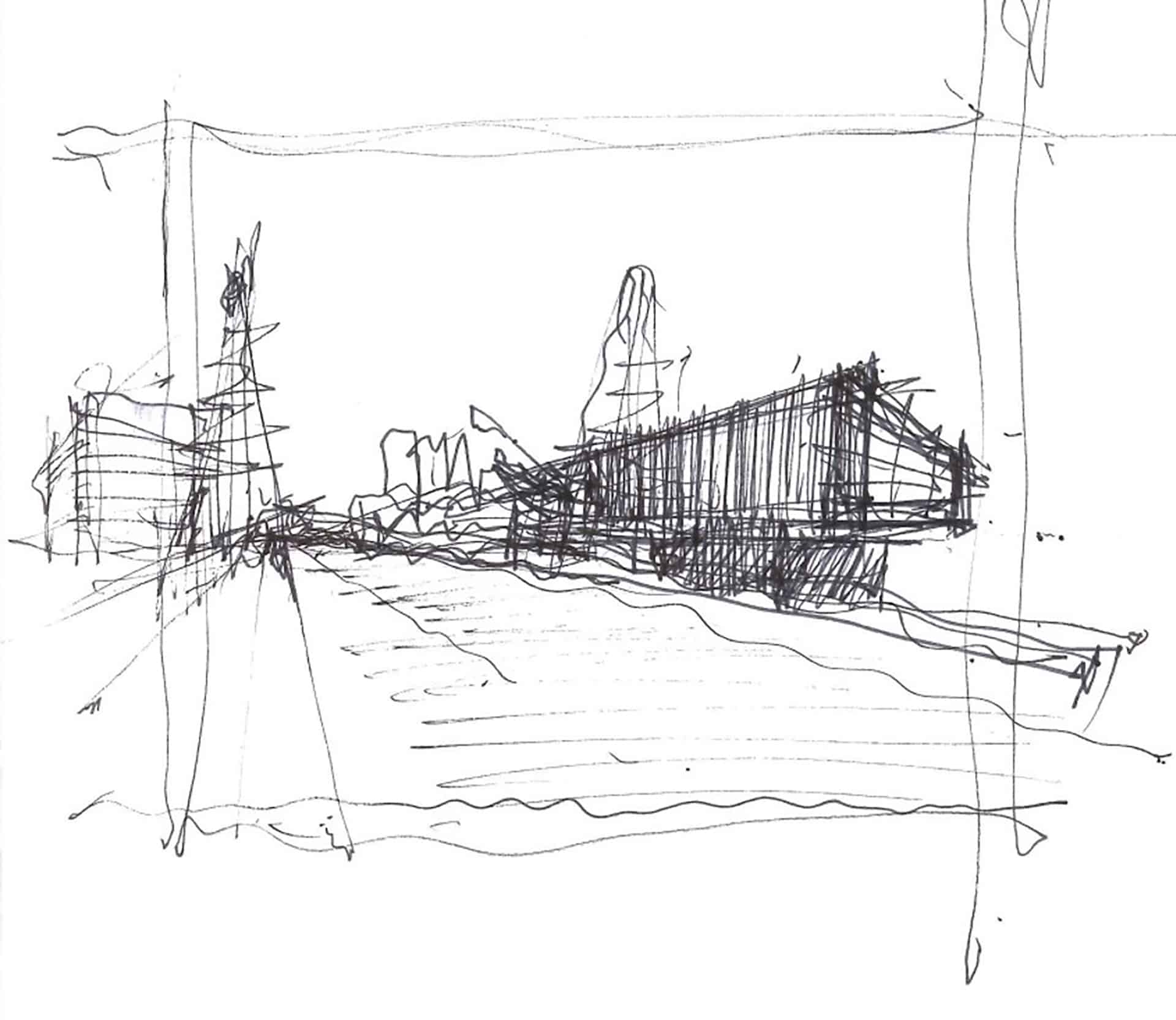 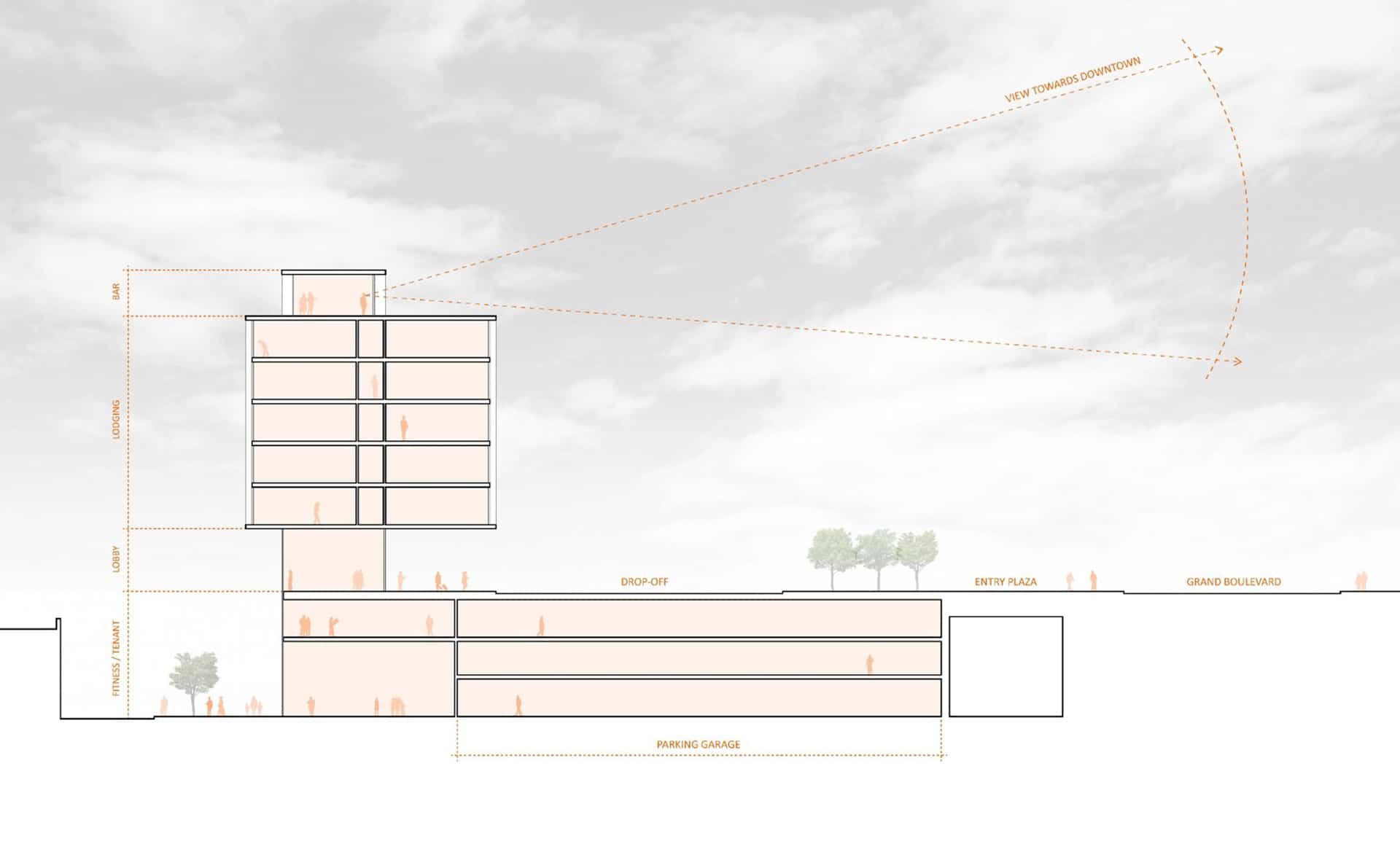 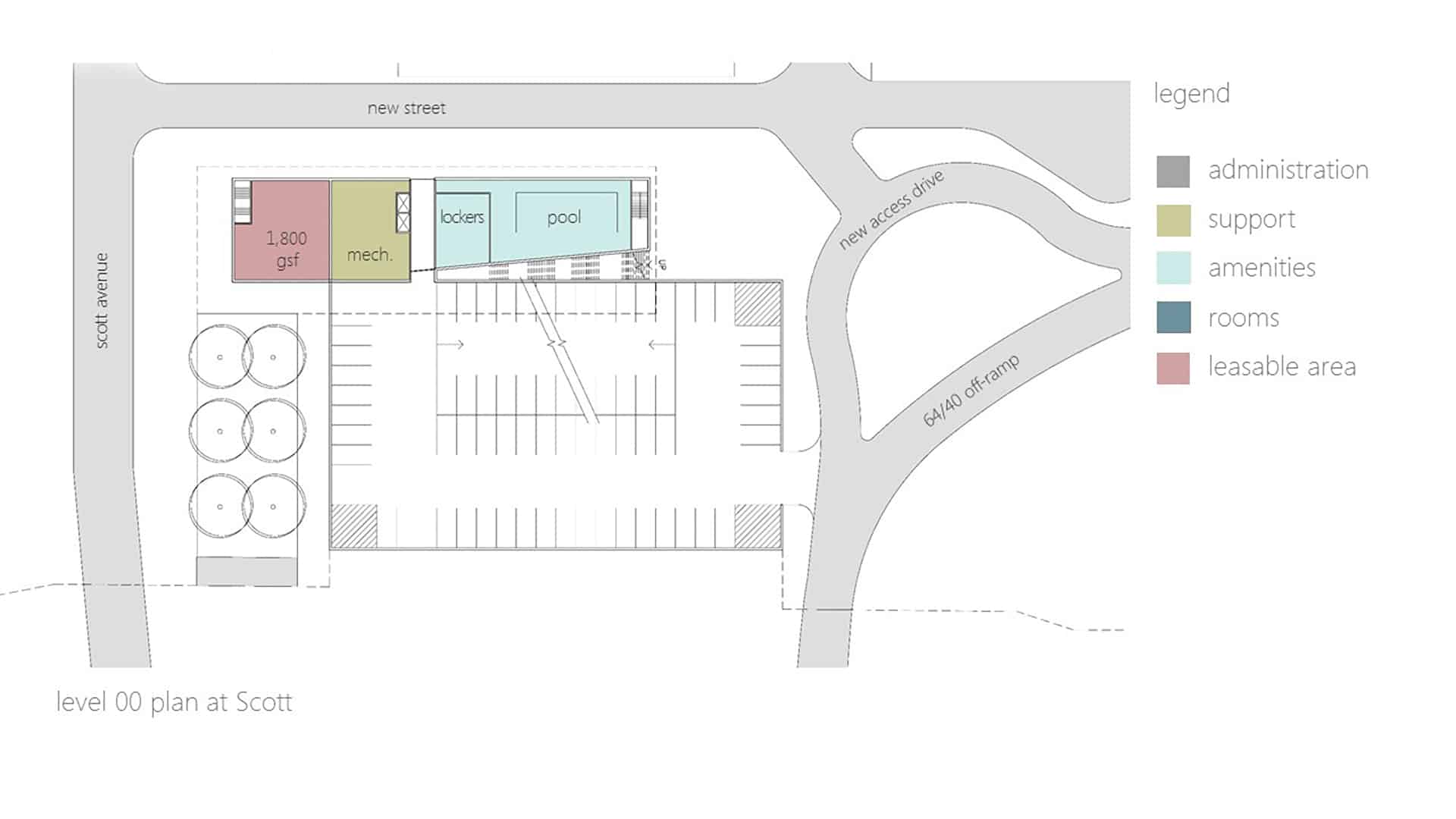 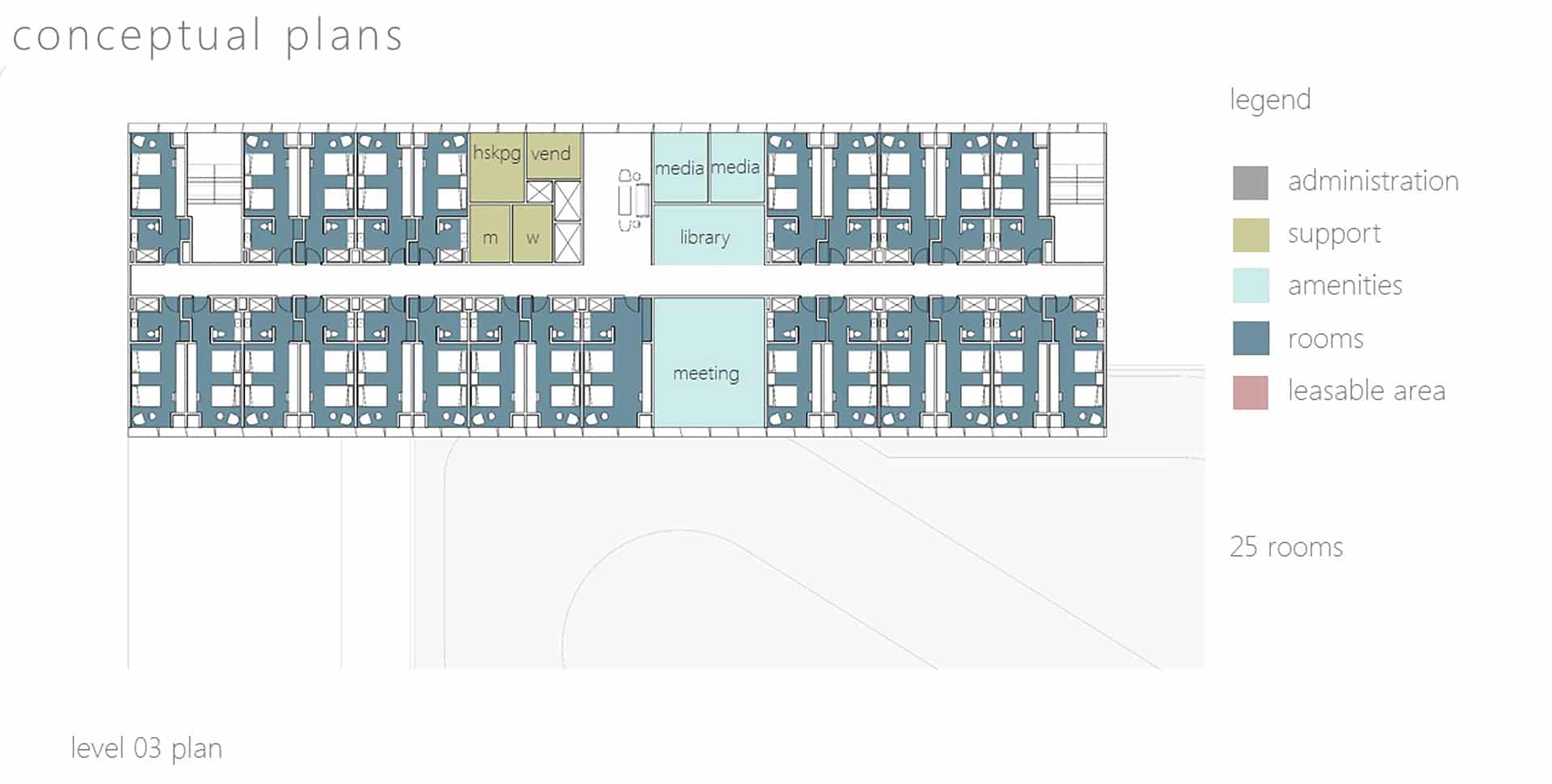 The Midtown Redevelopment area situated at the heart of Saint Louis University’s campus currently divides the main campus from the medical campus.  A new Master Plan envisions this area transformed as a connector for students, neighboring communities, and visitors.

The conceptual design for this hotel is situated adjacent to the most frequently utilized public transportation stop in the City as well as takes advantage of proposed future planning for the historic Armory building.  Situated on a complex site with Grand Boulevard approximately 35’ above the Metro stop below, the sectional circulation of the building became a critical component of the overall design.  Guests arriving by vehicle would arrive via Grand Avenue but those arriving by public transportation would arrive on Scott Avenue below.  In addition, pedestrian circulation would be required at both Grand and Scott.

Ultimately, the orientation of the hotel provides spectacular views to both Clayton on the west and downtown St. Louis on the east.